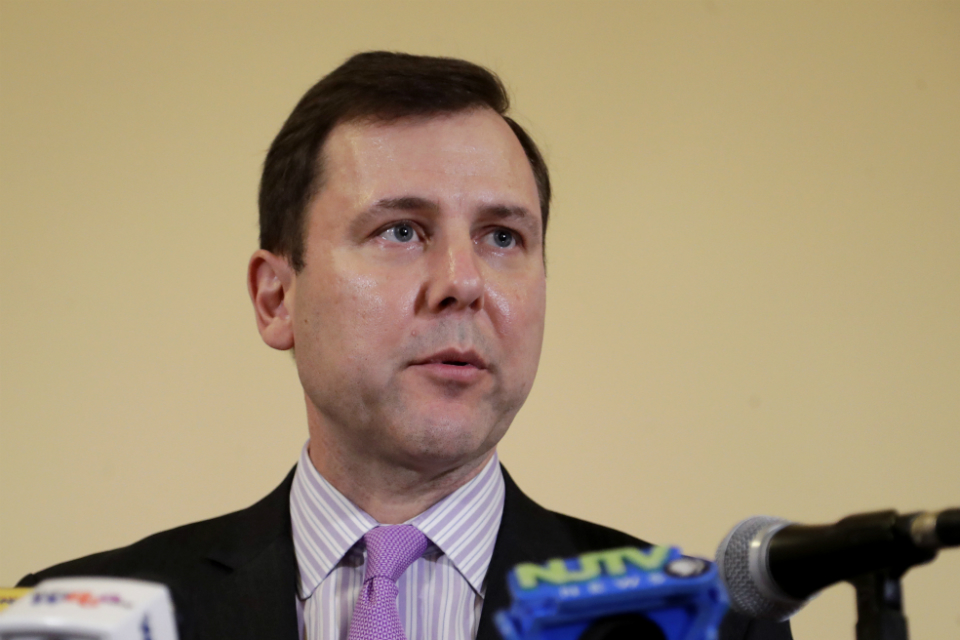 WASHINGTON (AP) — Top Republicans are hunting district-by-district for just the right candidates — women and minorities in many cases — to help them recapture the House six months after a political tidal wave swept Democrats into control of the most diverse majority in history.

Among the recruits are a Republican woman in the Oklahoma state Senate and a Black political novice from Houston with Iraq combat experience and three Ivy League degrees on his resume. They are part of the GOP drive to gain at least 18 seats in the 2020 elections to win the majority — historically a tall order for the party out of power in presidential election years.

Finding women and minority candidates is an imperative for an overwhelmingly White GOP openly embarrassed that just 13 of its 197 House members are women. By contrast, 89 of the 235 House Democrats are women and nearly 90 are Black or Hispanic.

But Republicans want challengers with other qualities too, following a 2018 election that saw the GOP lose 31 districts that President Donald Trump had won just two years earlier, many in moderate suburbs.

Desirable attributes include an ability to woo moderate GOP voters who've turned against Trump, whose name will be atop the ballot. In some districts they want political outsiders without voting records to attack, in others it's political veterans with a proven ability to win votes. Enticing personal stories and an aptitude for raising money also help.

You will see a party that's reflective of the entire nation.

"You will see a party that's reflective of the entire nation. That would mean from gender to race to others, but it will also show that we can compete in every single district," said House Minority Leader Kevin McCarthy, R-Calif.
GOP leaders like potential challengers including Young Kim, who wants a rematch against the freshman Democrat who badly outspent her but only narrowly defeated her last year in increasingly diverse Orange County, California; Karen Handel, elected to the House in an expensive 2017 special election, only to lose re-election last November by 3,000 votes; and Tom Kean Jr., who's seeking a House seat in western New Jersey and hopes the popularity of his father, moderate former Gov. Tom Kean, will outweigh the state's antipathy to Trump.

McCarthy says he's met with over 30 contenders, of whom nearly 6 in 10 are women and nearly half are minorities. Rep. Susan Brooks, R-Ind., recruitment chief for the National Republican Congressional Committee, the House GOP's campaign arm, says more than 130 women have contacted the committee about running. One group called Winning for Women and another, E-PAC, formed by Rep. Elise Stefanik, R-N.Y., are also seeking female GOP candidates.

So far, Republicans haven't matched Democrats' ability to attract women candidates. According to data collected by The Associated Press through noon last Monday, just 38 of 172 declared Republican House challengers were women, around 1 in 5. That compared to 84 of 222 declared House Democratic challengers, nearly 2 in 5.

Democrats scoff that GOP efforts will flop because Americans care less about candidates' attributes than about issues like buttressing health care and wages.

"You can have all the interesting stories in the world, you can have an interesting background," said Rep. A. Donald McEachin, D-Va., a candidate recruiter for the Democratic Congressional Campaign Committee, House Democrats' political organ. He said if Republicans ignore people's problems "and as long as you've got Donald Trump wrapped around your neck, we don't have a whole lot to worry about."

Democrats are already compiling GOP recruits' weaknesses, including past statements, underwhelming fundraising starts and districts' changing demographics. And there are no guarantees that Republican recruits will survive GOP primaries and be nominated.

Diverse Republican Contenders in the Field

"As an African-American conservative man who grew up in a conservative suburban home, my values just align very well with the suburbs of Houston," said Hunt, 37. He traveled to Washington last week so McCarthy could introduce him to potential donors in his first run for public office.

"You're a West Point graduate, you served your nation. That's going to give somebody an advantage over somebody that's been in the legislature," McCarthy said.

In other areas, Republicans hope women like Oklahoma GOP state Sen. Stephanie Bice would oust female Democrats like freshman Rep. Kendra Horn. Horn squeaked past a male GOP incumbent last November in a district around Oklahoma City that Trump carried in 2016 by 40,000 votes.

Bice, 45, said she's spoken to McCarthy and other Republican leaders and was traveling to Washington last week for further meetings. "I get the impression that they're really interested," she said.

In one district encompassing Staten Island and part of Brooklyn, GOP leaders are touting Nicole Malliotakis, a state assemblywoman and New York City's only elected Republican. She's half Cuban and half Greek, lost a 2017 mayoral race but did well in that district and has reported raising $300,000 — a decent start in a race that could cost nearly 20 times that amount.

Republican leaders expect Sara Hart Weir, 37, to seek a House district that includes Kansas City, Kansas. Weir until recently was president of the National Down Syndrome Society, which gives her fundraising experience and familiarity with health issues. She says she's met McCarthy and nearly every GOP congresswoman and would challenge freshman Democratic Rep. Sharice Davids, one of Congress' first Native American women.

"I don't see why they wouldn't want somebody with my background, my results and my leadership to raise their hand and step forward," Weir said.

Ryan Dubicki and Lauren Johnert of the AP Election Research and Quality Control team in New York contributed to this report.