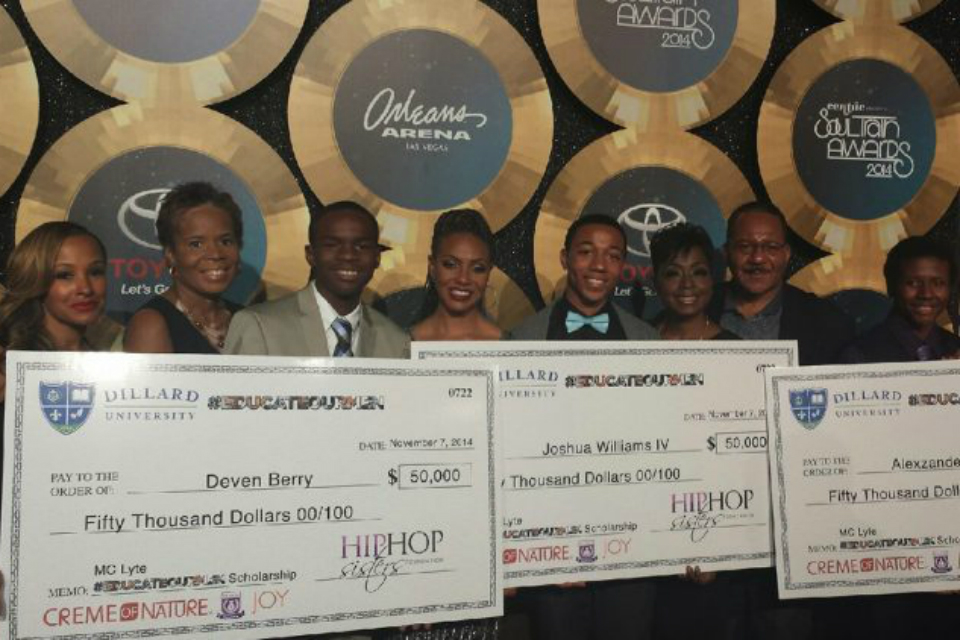 A social media post recognizing African American scholars has gone viral and it’s all because of a Hip Hop legend.

Joshua Williams posted his status as a co-valedictorian at historically Black Dillard University to Instagram, saying that the achievement was thanks to the $50,000 scholarship he received from the Hip Hop Sisters Network that allowed him to jump-start his college education and gain a foothold into a successful career in journalism.

“College was nothing short of a red-carpet experience for me,” Williams said.

“Four years ago, I never imagined an undergraduate experience in which my passion would later turn into a profession that has allowed me to photograph 150-plus celebrities within four years while maintaining a 4.0 GPA,” he said.

Four years ago, I never imagined an undergraduate experience in which my passion would later turn into a profession

Since matriculating at Dillard, Williams’ work as a freelance photographer has been featured in Billboard Magazine and he’s received credentials to cover such major events like the BET Awards and the Essence Music Festival.

“Each accomplishment is generally hard to obtain as a freelance photographer – and even more so as a full-time student,” Williams said.

“However, once I received the MC Lyte #EducateOURMen Scholarship to Dillard, I knew that I was destined to have a fulfilling college experience that was beyond my wildest dreams and I cannot thank MC Lyte, Lynn Richardson and the Hip Hop Sisters Foundation enough for investing in me and being one of my strongest support systems,” he said.

The foundation offers national and international support to women, men and youth around the globe on the topics of cultural issues, financial empowerment, health and wellness, mentorship and educational opportunities.

MC Lyte said her vision includes providing resources to support community based and grass roots organizations that further the advancement of the missions and goals set forth by the organization.

The #EducateOurMen is the signature Initiative of the Hip Hop Sisters Foundation that supports and develops African-American Men.

It provides access to career and persona mentoring and increased cultural education and social responsibility by giving you examples of how your lives should be lived.

Scholars also have included Justin Matthews of Georgia; Deven Berry of Las Vegas; and John Lawson of Louisiana. “Hip Hop Sisters Foundation has impacted my life tremendously … not many are afforded the opportunities that I have and I’m forever grateful,” said Lawson, a mass communications major with a concentration in public relations.

It is not only a scholarship, but also a mentoring program and they’re helping me every step of the way

“It is not only a scholarship, but also a mentoring program and they’re helping me every step of the way to achieve my goals,” said Lawson, who minors in Film and was a 2017 Summer Institute for Emerging Managers and Leaders attendee at the University of California-Riverside.

“The first verse of MC Lyte’s song ‘Dear John,’ provokes the thought of not being afraid to take the first step to get where you want to go,” said Berry, a computer science major.

“I have to be fearless when I approach a task that I want to complete. Going to college is a big step that I plan to take and it will take a lot of strength for me to move beyond my comfort zone to do bigger and better things with my life,” he said.

For more about the scholars and the Hip Hop Sisters Foundation.