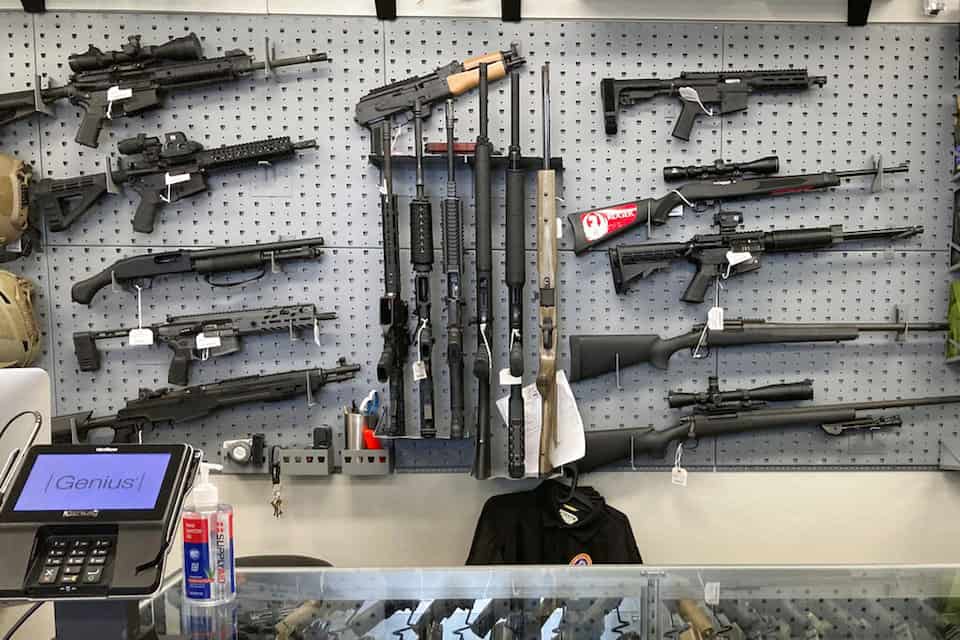 SALEM, Ore. (AP) — The first court test of whether local governments can ban police from enforcing certain gun laws is playing out in a rural Oregon county, one of a wave of U.S. counties declaring itself a Second Amendment sanctuary.

The measure that voters in the logging area of Columbia County narrowly approved last year forbids local officials from enforcing most federal and state gun laws and could impose thousands of dollars in fines on those who try.

Second Amendment sanctuary resolutions have been adopted by some 1,200 local governments in states around the U.S., including Virginia, Colorado, New Mexico, Kansas, Illinois and Florida, according to Shawn Fields, an assistant professor of law at Campbell University who tracks them.

Many are symbolic, but some, like in Columbia County, carry legal force.

The movement took off around 2018, as states considered stricter gun laws in the wake of mass shootings, including a high school shooting near Parkland, Florida, that killed 17 people and made survivors into high-profile gun control activists.

After President Joe Biden took office, conservative lawmakers in several states proposed banning police from enforcing federal gun measures, and at least one proposal in Arizona has been signed into law.

The movement hasn’t yet faced a major legal challenge. The Oregon case was filed by Columbia County under an unusual provision in state law that allows a judge to examine a measure before it goes into effect. No timeline has been set for a court hearing.

“This will allow the court to tell us whether the county can actually decline to enforce certain state laws, and it will tell us how to abide by the will of the voters to the extent that we can,” said Sarah Hanson, who serves as counsel in the conservative-leaning county in deep-blue Oregon.

Supporters of the ordinance include the Oregon Firearms Federation, which said in a November statement that “extremists” and “big city radicals" were trying to curtail gun rights.

The group referenced Portland protests opposing police brutality that occasionally turned violent last summer and called the ordinance a “common sense” step that would “ensure your right and ability to defend your life and the lives of your loved ones.”

The ordinance would ban the enforcement of laws like background check requirements and restrictions on carrying a gun, though it would have exceptions for others, including keeping firearms from convicted felons.

The Oregon Firearms Federation didn’t respond to a request for comment on the court case.

Voters divided on the issue

Sheriff Brian Pixley has expressed support, saying in a March statement that one of his responsibilities is to uphold people's Second Amendment rights and that he's eager to “move forward with the will of the voters.”

The measure is divisive locally, though, and four residents filed court documents opposing it.

One, Brandee Dudzic, referenced the strict gun safety drills she learned in military medic training, saying she values the right to own a gun but believes it should come with safety measures like background checks and secure storage.

A gun shop owner in Columbia County said he supports background checks and believes that “state law trumps the county law." But he voted in favor of the Second Amendment measure on principle.

He spoke on the condition he not be identified because some of his customers take a hard line against gun restrictions and he didn't want to lose their business.

The group Everytown for Gun Safety is pushing for the measure to be overturned.

Managing director Eric Tirschwell said it would be the nation’s first court test of a Second Amendment sanctuary law.

Everytown argues that the ordinance violates the U.S. Constitution, which says federal law supersedes state law, as well as the state Constitution and an Oregon law that gives the state power to regulate firearms.

The decision won't have a direct effect outside Oregon but could send a message.

“This case is important and should send the message that where state or local jurisdictions attempt to unconstitutionally or unlawfully nullify gun safety laws, we are prepared to and will go to court,” Tirschwell said.

Other laws trying to blunt the effect of federal gun restrictions haven’t fared well in court, including a 2009 Montana measure that made guns and ammunition manufactured in the state exempt from federal law and a similar 2013 measure in Kansas.

Many of the latest wave of measures, though, take a different tack by focusing on the actions of local police, including punishments like fines.

In terms of federal law, gun rights advocates may have a successful legal argument under the so-called anti-commandeering doctrine, which says the U.S. government can’t make state and local officials enforce federal law, said Darrell Miller, a professor of law at Duke Law School and co-faculty director of the Duke Center for Firearms Law.

He agreed that the Oregon case is the first of its kind.

Local enforcement of state law, meanwhile, is another matter. Most states don't have similar provisions in their own legal codes, and Oregon's attorney general said in court documents that the Columbia County ordinance is “incompatible” with criminal law and the duties of county officials.

“To the extent the local government is trying to say, ‘We’re also not going to enforce state law either’ .... that’s a much more difficult and complicated position,” Miller said. “The authority of the state over localities is much, much stronger.”