Subpoenas Aim to Shed Light on How Jan. 6 Rally Came Together 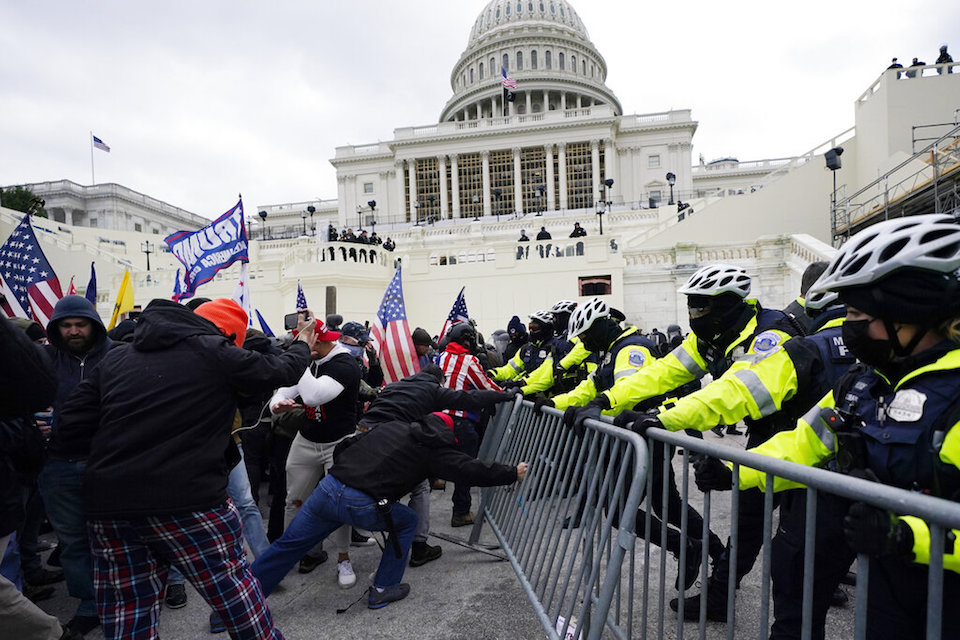 The House committee investigating the violent Jan. 6 Capitol insurrection, with its latest round of subpoenas, may uncover the degree to which former President Donald Trump, his campaign and White House were involved in planning the rally — which had been billed as a grassroots demonstration — that preceded the riot.

The 11 subpoenas sent this week went to people who organized or worked at the rally at the Ellipse where Trump encouraged the crowd to march to the Capitol and told them “you’ll never take back our country with weakness. You have to show strength, and you have to be strong."

Most of the organizers had worked on Trump’s presidential campaign or in his administration and could provide new details of how the rally that launched the violent attack came together.

How deeply were government officials involved?

The committee’s demands included materials having to do with planning, funding and participation in the event at the Ellipse, which was organized to protest the results of the November elections, as well as events that led up to it, including a bus tour and marches in Washington in November and December.

The committee said it also asked for communications with Trump administration officials and lawmakers, which could show whether and how deeply government officials were involved in the day’s planning.

One of the people subpoenaed, whose firm was hired to provide event security that day, told The Associated Press he planned to cooperate.

“We have every intention of complying with the House select committee,” said Lyndon Brentnall, who runs Florida-based RMS Protective Services. “As far as we’re concerned, we ran security at a legally permitted event run in conjunction with the U.S. Secret Service and the Park Police.”

It was not clear whether the others would turn over documents by Oct. 13 or testify in depositions scheduled from late October through the beginning of November, as the committee has demanded. The AP sent emails and text messages, called phone listings or sent messages to online accounts for every person subpoenaed, but only Brentnall provided comment.

Brentnall said staff who worked security with him at the event were vetted by the Secret Service and Park Police. Their names, phone numbers and Social Security numbers were submitted in advance, he said.

“We literally ran the event security and the transport of VIPs from the hotel into the event, and then from the event into the hotel. That’s literally all we did,” he told AP.

Two people familiar with the planning of the event have told the AP that the White House coordinated with event organizers after Trump became aware of the plans for the rally in mid-December. They weren’t authorized to discuss the matter publicly and spoke on condition of anonymity.

Nearly all the people subpoenaed were listed on the permit for the event, which was issued to Women for America First, a pro-Trump group with roots in the tea party movement.

Chafian had obtained a permit for Women for America First for a Dec. 12 rally at Freedom Plaza that grabbed Trump’s attention. Trump drew huge cheers from the crowd below as the presidential helicopter, Marine One, passed over the rally on its way to the Army-Navy football game in New York.

Within days, several groups that had come together under the umbrella of “Stop the Steal” began planning their next move, this time tied to the Jan. 6 vote certification in Congress, according to Kimberly Fletcher, founder of Moms for America, a member of the coalition.

Fletcher told the AP in January that the groups began planning around mid-December. Trump soon caught wind of the plan.

“Big protest in D.C. on January 6th,” Trump tweeted to his millions of followers on Dec. 19. “Be there, will be wild!”

“When the president said, ‘Come to D.C.,’ then it ... just whooh!” Fletcher recalled to The AP in January.

The AP reported at that time that numerous people listed in staff positions on the permit for the Jan. 6 rally had been on the Trump campaign payroll or had close connections to the White House. Seven of the people subpoenaed had worked for the Trump campaign, and at least three had previously worked in the Trump administration.

As Trump’s interest peaked in the Jan. 6 event, people closely affiliated with his presidential campaign became involved, including Caroline Wren, a national finance consultant for Trump Victory, a joint fundraising organization run by Trump’s reelection campaign and the RNC. Wren is among the people subpoenaed by the committee.

She and her Texas-based consulting company, Bluebonnet Fundraising, received $892,000 between April 2017 and November 2020 from the Trump presidential campaign, the Republican National Committee and Trump Victory, according to Federal Election Commission records.

The former president wasn't on the original rally schedule, but soon after New Year's Day, it became clear that he would attend in person, recalled people involved in organizing the events on Jan. 5 and 6, including Fletcher.

With Trump all but certain to be the main speaker, who would share the stage with him sparked heated arguments among the rally’s organizers and people close to the White House, according to individuals knowledgeable of the discussions. They weren’t authorized to discuss the matter publicly and spoke on condition of anonymity.

Katrina Pierson, a longtime Trump ally and presidential campaign adviser, was bought in to coordinate with the White House and iron out a list of speakers who would share the stage with Trump. The former president wanted a small group — members of Congress, family members and people affiliated with Women for America First. Pierson was close to the Kremers, who were battling with Wren over control of the event.

Pierson is one of two people subpoenaed this week who was not listed on the final permit issued Jan. 5. The other was Chafian. FEC records show the Trump campaign paid Pierson $10,000 every two weeks from September 2019 to December 2020.

Others who were subpoenaed included Maggie Mulvaney, a niece of former top Trump aide Mick Mulvaney. She was listed on an attachment to the permit as the “VIP Lead.” Mulvaney was director of finance operations for the Trump campaign in 2020, getting paid $5,000 every two weeks through mid-November. Her LinkedIn profile describes her as external affairs manager for the Trump campaign.

Maggie Mulvaney is also now working as a senior adviser to Rep. Carol Miller, R-W.Va., according to a staff directory on the congresswoman’s website. The AP called Mulvaney's congressional office and sent emails to her personal and congressional email addresses, but she did not reply.

Mulvaney is one of at least two rally organizers who landed a job in the U.S. House of Representatives within weeks of the deadly attack that left halls and offices of Congress ransacked.

Another, Kiran Menon, listed as an operations associate at the Jan. 6 rally, was on the Trump campaign payroll from July to November 2020. Menon is not among those subpoenaed by the committee. According to congressional directories and LinkedIn, Menon secured a position in February with Ohio Republican Rep. Jim Jordan.

Menon forwarded a request for comment to Jordan spokesperson Russell Dye, who called him “a talented and dedicated member of our staff who had no role in the events at the Capitol" and an “outstanding young conservative.” Dye said in a statement that it was irresponsible and dangerous for AP to print Menon's name.

Also subpoenaed this week were Hannah Salem Stone and Megan Powers, both of whom served in the Trump administration and worked at various points on the Trump campaign. Stone was the rally’s “operations manager for logistics and communications,” listed under the name “Hannah Salem.”

She said on a recent podcast about event security that she was a special assistant to the president and director of press advance at the White House under Trump, leaving in February 2020. FEC records show she and her company, Salem Strategies, did work for the Trump campaign into 2020.

Powers first started working for the Trump campaign before Trump announced his presidential run in June 2015. She later worked in the White House and at NASA. In January 2021, Powers was the Trump campaign’s director of operations, according to her LinkedIn profile, and FEC records show Powers was being paid $8,500 every two weeks.

She was listed on the permit as “operations manager for scheduling and guidance” for the Jan. 6 rally. In February, several months after Trump lost the 2020 election to President Joe Biden, the pro-Trump Make America Great Again PAC paid Powers more than $19,000 for administrative consulting, according to the campaign finance records.

Caporale, listed on the permit as the event’s project manager, was on the Trump campaign payroll for most of 2020 and earned $7,500 every two weeks, according to FEC records. Unes was the “stage manager” for the rally, according to the permit paperwork.

Unes has longstanding ties to Trump, a connection he highlights on his company’s website. Unes and Event Strategies were paid more than $3.4 million by the Trump campaign, Trump Victory and the Republican National Committee for consulting, audio visual and event production services between January 2016 and December 2020, according to the campaign finance records.