The Obamas Officially Break Ground on Their Presidential Center in Chicago 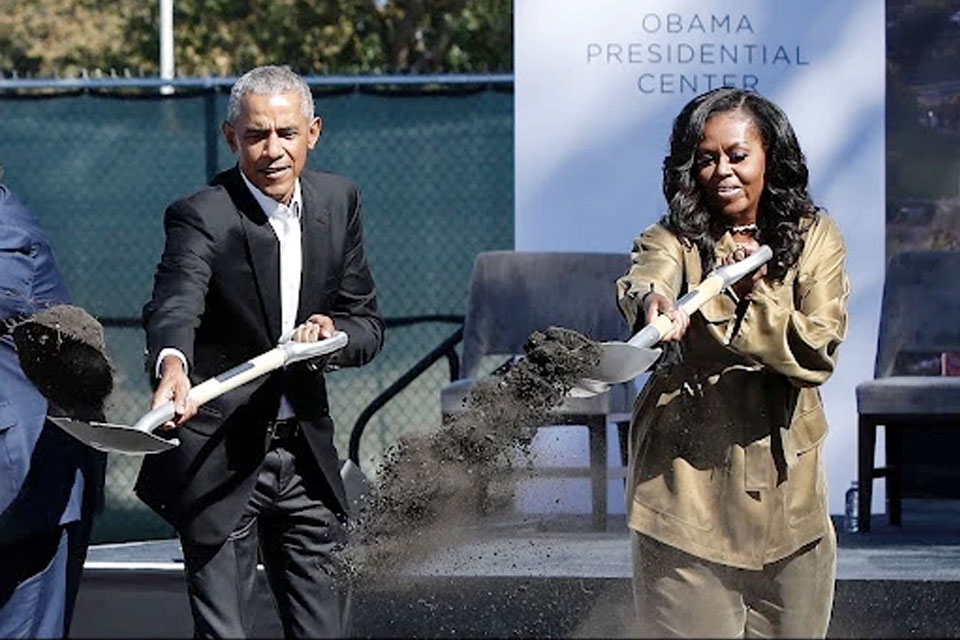 The Obamas have officially broken ground on their new presidential center in Chicago, the Chicago Tribune reports.

Forever President Barack Obama and First Lady Michelle Obama both got their start in Chicago - Mrs. Obama is a native, and Mr. Obama began his political career and community organizing there. The two would eventually meet, start a family, and build a coalition that ensured his historic win as the first Black president of the United States.

Since Obama left office, the couple has been creating the Obama Presidential Center, hoping to inspire the next generation of leaders. Recently, the two finally broke ground on the center.

He continued to reflect on his humble foundations in Chicago, citing them as the reason for his consistent commitment to community engagement in the city. This is the reason behind the location of the center in Jackson Park on the South Side.

“It feels natural for Michelle and me to want to give back to Chicago and to the South Side, in particular, the place where she grew up, and I came into my own."

Mrs. Obama echoed his sentiments, telling attendees, “One of my greatest honors is being a proud Chicagoan, a daughter of the South Side. I still lead with that descriptor. I wear it boldly and proudly like a crown. See, to my mind, this city, this neighborhood, it courses through my veins.”

The 19.3 acred, $700 million presidential center will contain a 235-foot-tall tower. It will be home to a museum filled with artifacts from Obama’s childhood, presidential campaigns, and time in the White House. The center will also feature a public forum and plaza, an athletic and recreation center, a play area, a sledding hill, and a new branch of the Chicago Public Library. The Obama Foundation conducted a study that projected the center to have a $3.1 billion impact. It will create nearly 5,000 direct and indirect jobs for workers from the south and west sides and draw about 700,000 visitors annually. 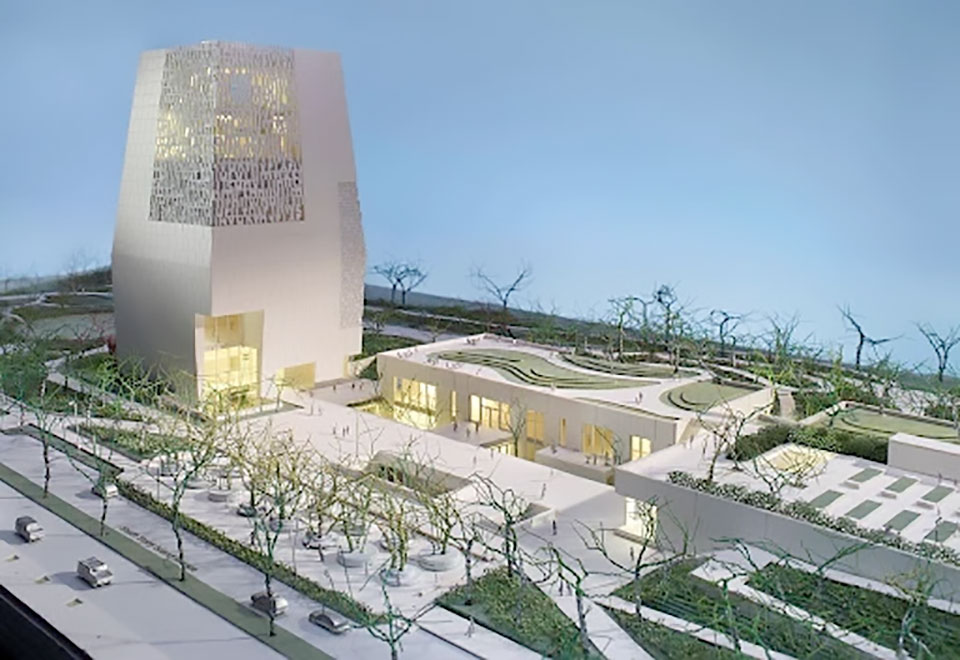 Flotus said it’s the first step in creating equity in her childhood neighborhood regarding its access to world-class institutions compared to the resources on the North Side of Chicago.

“Even as a child, I understood this disparity. I continued to ask myself, why didn’t we have more places to gather and connect in our neighborhood? Why didn’t our part of town draw people from around the world, just like Grant Park or Navy Pier, or the Art Institute? Why wasn’t there more investment in us,” she said.

More than a slogan

The center was initially scheduled to open this year, but local park preservationists and affordable housing activists concerned about the center’s location have held the project up. Still, Obama was adamant that the center would be a good thing for the community, commending young leaders everywhere who are “rolling up their sleeves” and pushing for change.

“[The center will] preserve and enhance Jackson Park...It will reunify parkland, plant new trees, provide new habitat for birds and wildlife. As Michelle noted, we are also going to open this park up to the community,” the former president said.

Mayor Lightfoot agreed, calling the center a “transformative investment” into the city.

“This groundbreaking marks the next chapter and a journey that began several years ago. It took many twists and turns, but due to the perseverance, dedication, and hard work of many, we’ve arrived at this momentous day,” said Lightfoot.

The Obama Presidential Center is slated to open to the public in 2025.