As Bitcoin Goes Mainstream, Wall Street Looks to Cash In 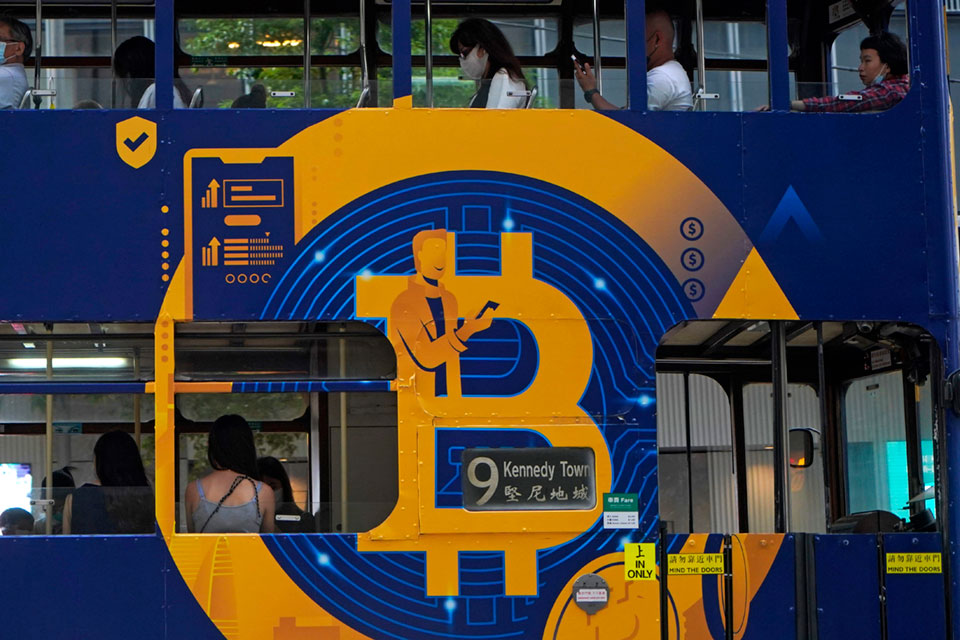 NEW YORK (AP) — Love cryptocurrencies or hate the very idea of them, they’re becoming more mainstream by the day.

Cryptocurrencies have surged so much that their total value has reached nearly $2.5 trillion, rivaling the world's most valuable company, Apple, and have amassed more than 200 million users. At that size, it’s simply too big for the financial establishment to ignore.

Combining the old with the new

Firms that cater to the world's wealthiest families are increasingly putting some of their fortunes into crypto. Hedge funds are trading Bitcoin, which has big-name banks starting to offer them services around it. PayPal lets users buy crypto on its app, while Twitter helps people show appreciation for tweets by tipping their creators with Bitcoin.

And in the latest milestone for the industry, an easy-to-trade fund tied to Bitcoin began trading on Tuesday. Investors can buy the exchange-traded fund from ProShares through an old-school brokerage account, without having to learn what a hot or cold wallet is.

It's all part of a movement across big businesses that see a chance to profit on the fervor around the world of crypto, as a new ecosystem further builds up around it, whether they believe in it or not.

The future of finance

“The one thing you can say for certain is that the advent of the era of the Bitcoin ETF opens up the opportunity for Wall Street to make money on Bitcoin in a way that it hadn’t been able to previously,” said Ben Johnson, director of global ETF research at Morningstar. “The winners in all of this are the exchanges and the asset managers and the custodians. Whether investors win or not is a big, bold question mark.”

Bitcoin has come a long way since someone or a group of someones under the name Satoshi Nakamoto wrote a paper in 2008 about how to harness computing power around the world to create a digital currency that can’t be double-spent. The price has more than doubled this year alone to roughly $62,000. It was at only $635 five years ago.

Supporters of cryptocurrencies say they offer an ultra-important benefit for any investor: something whose price moves independently of the economy, rather than tracking it like so many other investments do. More high-minded fans say digital assets are simply the future of finance, allowing transactions to sidestep middlemen and fees with a currency that’s not beholden to any government.

Critics, meanwhile, question whether crypto is just a fad, say it uses too much energy and point to all the stiff regulatory scrutiny shining on it. China last month declared Bitcoin transactions illegal, for example. The chair of the U.S. Securities and Exchange Commission, Gary Gensler, said in August that the world of crypto doesn’t have enough investor protection and “it’s more like the Wild West.”

That hasn't been enough to halt the immense momentum for crypto, as it's gone from an online curiosity to a bigger part of the cultural and corporate landscape.

U.S. Bank earlier this month said it has begun offering a cryptocurrency custody service for big investment managers. That means it essentially holds their Bitcoin in safekeeping for them, and it expects to offer support for other coins soon.

Other name-brand banks have also announced intentions to offer custodial services for crypto.

“It’s not just in the fringes and dark corners of the Web that it’s happening,” said Kashif Ahmed, president of American Private Wealth in Bedford, Massachusetts.

Ahmed doesn’t recommend his clients invest in crypto. Before then, he said he’ll need to be able to “go to my local supermarket and buy things for my family and offer crypto and not be laughed out of the store.”

But others are more willing to try it.

The new generation of investors

In a survey by Citi Private Bank of family offices around the world that manage money for wealthy people, roughly 23% said they have made some investments in crypto. Another 25% said they are researching it.

The growing acceptance of crypto on Wall Street has created a new crop of darlings that help people buy it. Crypto trading platform Coinbase has a market value of roughly $64 billion, for example, putting it on par with such established companies as Colgate-Palmolive, FedEx and Ford Motor.

At Robinhood Markets, meanwhile, the company that became famous for getting a new generation of investors into the stock market is increasingly becoming a place for crypto trading. This spring was the first time when new Robinhood customers were more likely to make their first trade in cryptocurrencies rather than in stocks.

In the end, what many on Wall Street see lasting may not be as much Bitcoin and other cryptocurrencies as the technology that underlies them. 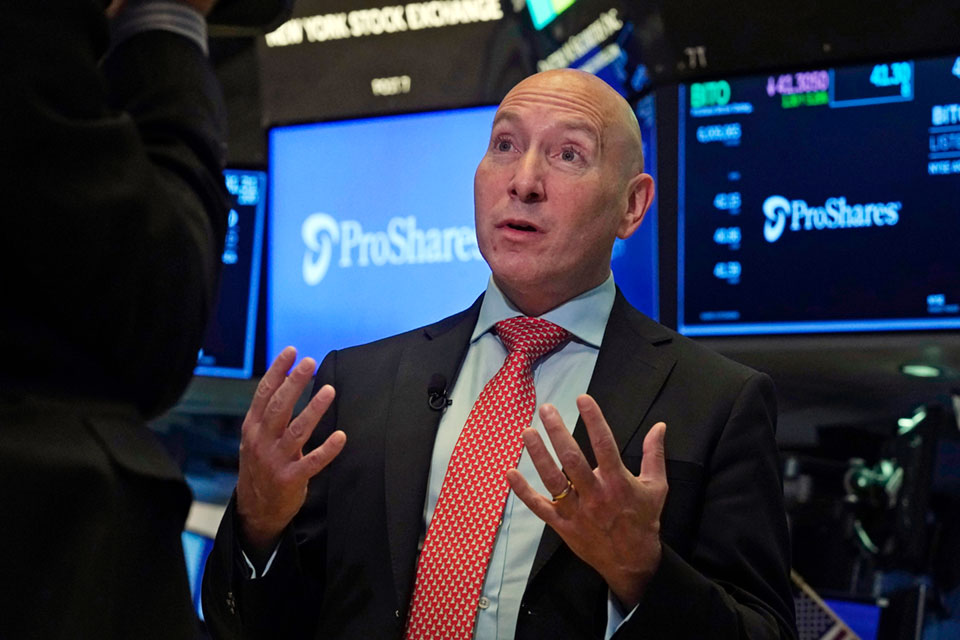 Called the blockchain, it allows for a public ledger that everyone can check and trust, and many expect it to lead to a wealth of innovations. It's akin to today's Netflix, Facebook and other services that sprung out of the infrastructure built during the boom and bust of the dot-com bubble.

“The applications built on this new software architecture appear to be growing more quickly than past technologies,” Bank of America strategists Alkesh Shah and Andrew Moss wrote in a recent research report positing digital assets are only in their first inning of growth. “New companies are likely to emerge and poorly positioned companies will exit, creating significant upside potential for some and downside for others.”

JPMorgan Chase, for example, is already using blockchain technology to improve fund transfers between global banks. That’s the same JPMorgan Chase run by CEO Jamie Dimon, who said in an interview with Axios this month that bitcoin has “got no intrinsic value.”