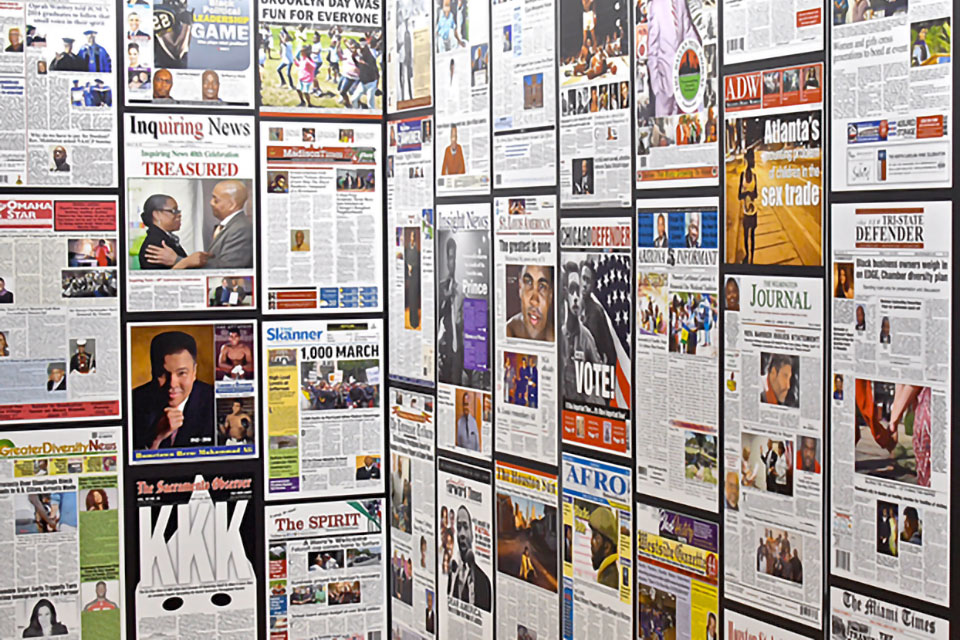 The catastrophic election night losses by Democrats – particularly in Virginia – can be traced to the party’s leaders’ failure at the federal level to pass meaningful legislation.

After failed promises on major legislation to protect African American citizens and voters, like the John Lewis Voting Rights Advancement Act, and the George Floyd Justice in Policing Act, Democrats find themselves on the receiving end of the ire of the Black community.

The party’s mostly convoluted messaging on immigration, and critical race theory have also turned voters off, according to numerous individuals interviewed. Underscoring it all is the indisputable fact that Democrats have taken the Black vote for granted.

Voters also have highlighted the party’s poor advertising record with the National Newspaper Publishers Association (NNPA), a trade association of the more than 230 African American-owned newspapers and media companies in the United States. “It is abundantly clear that Black voters did not matter to the Democratic party or its candidates,” said Jean Patterson Boone, the publisher of the NNPA-member Richmond Free Press in Virginia. Boone added that election ads amounted to two full pages in just two editions this year. “That happened only after the Free Press spoke directly to the candidate for governor,” Boone asserted.

Her fellow NNPA member publications in Virginia didn’t fare much better. “None of the Democratic candidates in Virginia reached out to place any ads,” stated Marlene Jones, the publisher of The Legacy Newspaper that serves Richmond and Hampton Roads.

“The Democrats seem to take the Black vote and the Black Press for granted.

"Most of the Black populace is most likely to vote Democratic, but you have to get them excited about your candidacy so they can turn out for you.”

The Norfolk-based New Journal & Guide has a history of groundbreaking reporting, but of the tens of millions in ad dollars spent on the Virginia elections, publisher Brenda Andrews was mostly overlooked. “The issue is that Democrats don’t see the value that Black newspapers bring as harbingers of their messages and positive press in the Black community,” Andrews declared. “So, they budget their campaigns to advertise on radio or social media outlets and get a free ride on the stories, pictures, and visibility given to them by our papers which serve the population they depend on for votes,” Andrews stated.

In Virginia, candidates from both parties got their messages out early and often by digging deep into their pocketbooks. By March, Republican Glenn Youngkin, who defeated the heavily favored Democrat Terry McAuliffe for governor, had already spent over $2 million in television and radio advertising. Youngkin used more than $50 million on television, radio, and digital ads during the election cycle. McAuliffe’s campaign spent over $31 million on television and radio ads and more than $6 million on digital ads.

In Minneapolis, where a white police officer murdered George Floyd, a Black man, key races included the mayor, city council, and an initiative to revamp the police department. Candidates and special interest groups related to legislation in Minneapolis spent over $6 million in the city alone but bypassed the Black Press.

“I’ve sent emails to all of the candidates, and I even spoke with several of them, but none of them advertised. Not even the Black candidates,” said Tracey Williams-Dillard, the publisher of the Minneapolis Spokesman-Recorder. In Ohio, where key state and city races occurred, candidates spent more than $20 million but did little with the Black Press. “We did not receive any ads and not even a phone call inquiring,” Sandra Stewart, the publisher, and Myron Stewart, the editor of The Toledo Journal, wrote in an email. Publishers of the Cleveland Call & Post and Columbus Call & Post also reported that candidates ignored advertising opportunities with their publications.

In Georgia, candidates in Atlanta’s hotly contested mayoral race spent more than $6 million. While nationally, both parties have failed to place ads with Black-owned newspapers and media companies, local candidates did conduct business with the Black Press. “We did get some advertising from the local mayor’s race … we are getting some attention from the Black Republicans who are putting a headquarters [in Atlanta],” remarked James Washington of the Atlanta Voice.

“Those who made campaign promises to the Black community must use any means possible to ensure that this Congress gets it done. The urgency of this issue cannot be overstated. We are watching,” Johnson demanded.

Many argued that the Black Press has proven itself for 194 years as the Trusted Voice of Black America, and candidates trying to reach African American voters should first seek out the NNPA when placing campaign ads. Political watchers observed that those candidates who don’t seek out the NNPA, display an unmistakable sign that they’ve taken Black voters for granted.

“The Democrats absolutely are taking Black votes and all votes from marginalized communities for granted, and it’s appalling,” music director, photographer and model Michael Freeby opined. “The party’s focus on white voters is becoming increasingly noticeable.”

Indeed, Democrats have taken the Black vote and the Black Press for granted, noted Amani Wells-Onyioha, the operations director of the new campaigning company, Sole Strategies. “Each election cycle, countless promises are made on how they will positively impact the Black community. Yet, each cycle, after the elections are completed, those promises are packed up and saved for the next term with politicians fulfilling none of them.”

Wells-Onyioha continued: “This further proves how Democrats use the Black community to win, and they aren’t dedicated to cultivating real relationships within the community. Putting their money where their mouth is and spending with Black media could help them to be seen in a slightly more positive light.”