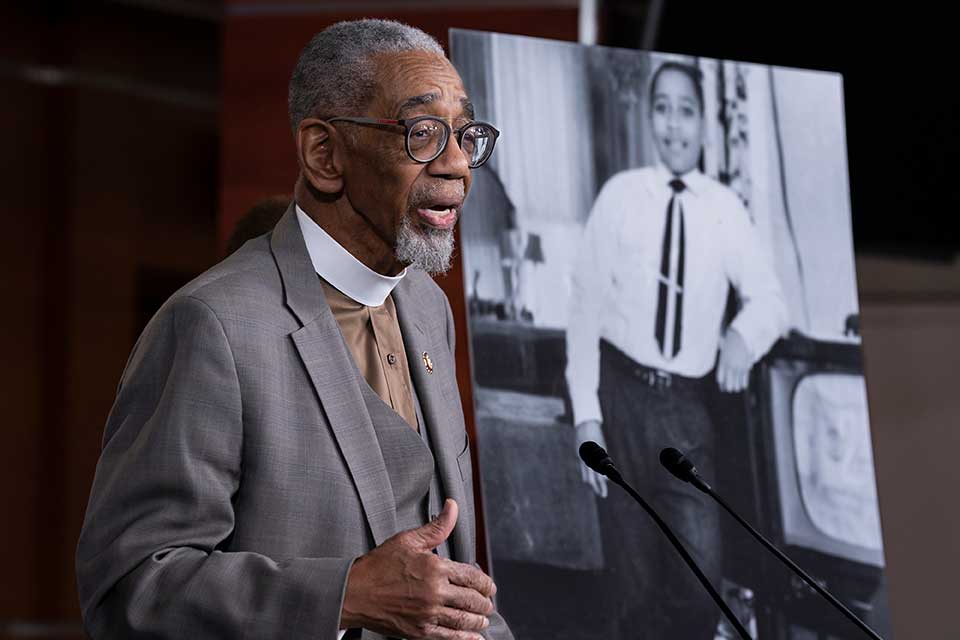 WASHINGTON — The House Judiciary Committee has passed the Emmett Till Antilynching Act (H.R. 55), legislation introduced by U.S. Representative Bobby L. Rush (D-Ill.) that would for the first time designate lynching as a federal hate crime. 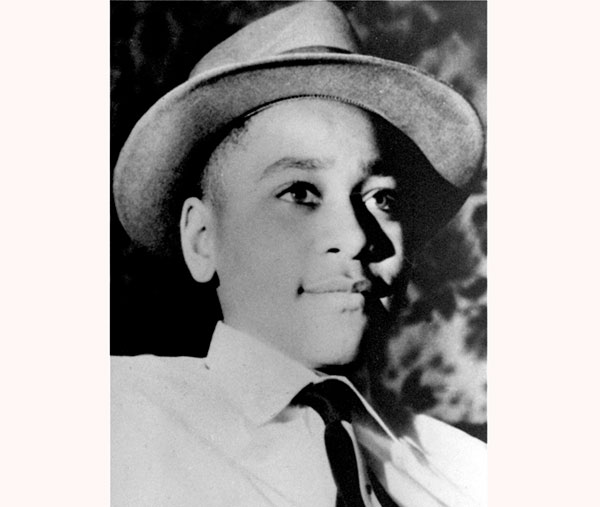 Emmett Louis Till, a 14-year-old black Chicago boy, who was kidnapped, tortured and murdered in 1955 after he allegedly whistled at a white woman in Mississippi. The U.S. Justice Department told relatives of Emmett Till on Monday, Dec. 6, 2021 that it is ending its investigation into the 1955 lynching of the Black teenager from Chicago who was abducted, tortured and killed after witnesses said he whistled at a white woman in Mississippi. (AP Photo, File)There have been more than 200 attempts since 1900 to make lynching a federal crime . More than 6,500 Black Americans were lynched between 1865 and 1950, according to a recent report from the Equal Justice Initiative. The legislation passed through the committee by voice vote and will now advances to the House for a vote.

If passed in the U.S. House it will then go to the U.S. Senate.

“I was eight years old when my mother put the photograph of Emmett Till’s brutalized body in Jet Magazine on our living room coffee table, pointed to it, and told us, ‘this is why I brought my boys out of Albany, Georgia.’

"That photograph shaped my consciousness as a Black man in America and changed the course of my life. And it changed our nation,” said Rush. “The lynching of Emmett Till, and Mamie Till-Mobley’s courageous decision to hold an open-casket funeral for her son, was a catalyst for the civil rights movement.

"It exposed our nation to the brutal truth and terror of racism in America and put us on the path to becoming a more equal nation.”

“It has been more than 120 years since the first antilynching bill was introduced in Congress.

"Despite nearly 200 attempts since then to codify lynching as a federal crime, it has never been done.

"The Emmett Till Antilynching Act would correct this historical injustice and ensure that the full force of the United States federal government is always brought to prosecute those who commit the monstrous act of lynching.

"Passage of this bill will show that our nation understands the heinous legacy of lynching and begin the process of closing this shameful chapter of our history. I am thrilled that the Emmett Till Antilynching Act has passed through the House Judiciary Committee and look forward to seeing it come up for a vote on the House Floor.” 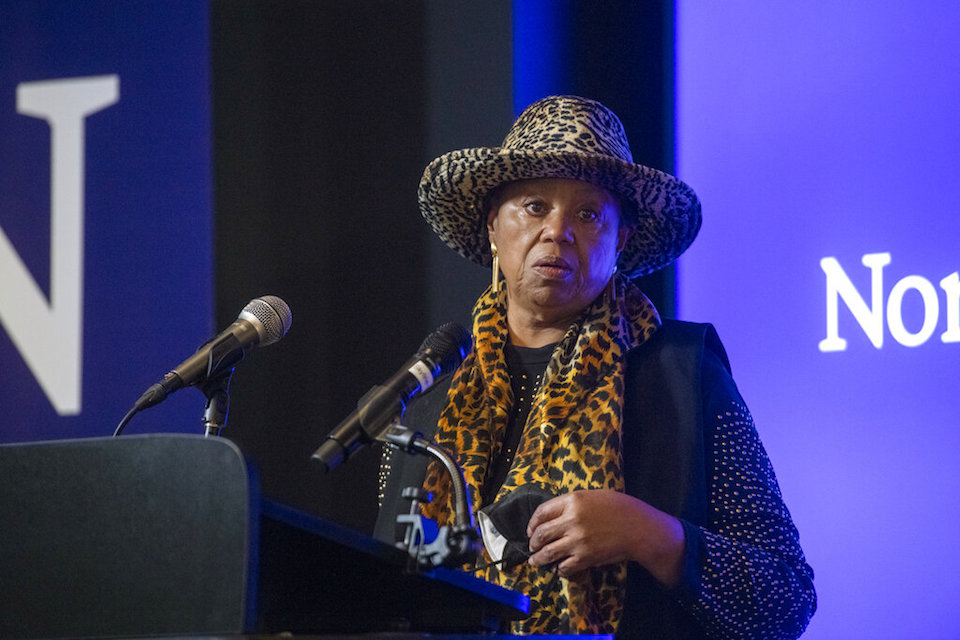 Ollie Gordon, Emmett Till's cousin, speaks to reporters and students, during a press conference at Northwestern's Medill School of Journalism where members of Till's family commented on the final investigation report of his murder, Monday, Dec. 6, 2021, in Evanston, Ill. The U.S. Justice Department said Monday it is ending its investigation into the 1955 lynching of Till, the Black teenager from Chicago who was abducted, tortured and killed after witnesses said he whistled at a white woman in Mississippi. (Tyler LaRiviere/Chicago Sun-Times via AP)Rush reintroduced the Emmett Till Antilynching Act (H.R. 55) on the first day of the 117th Congress. He first introduced it in the 115th Congress. It passed the House of Representatives in February 2020 with overwhelming bipartisan support but was blocked in the Senate by Senator Rand Paul (R-Ky.). H.R. 55 currently has 179 bipartisan co-sponsors in the House.