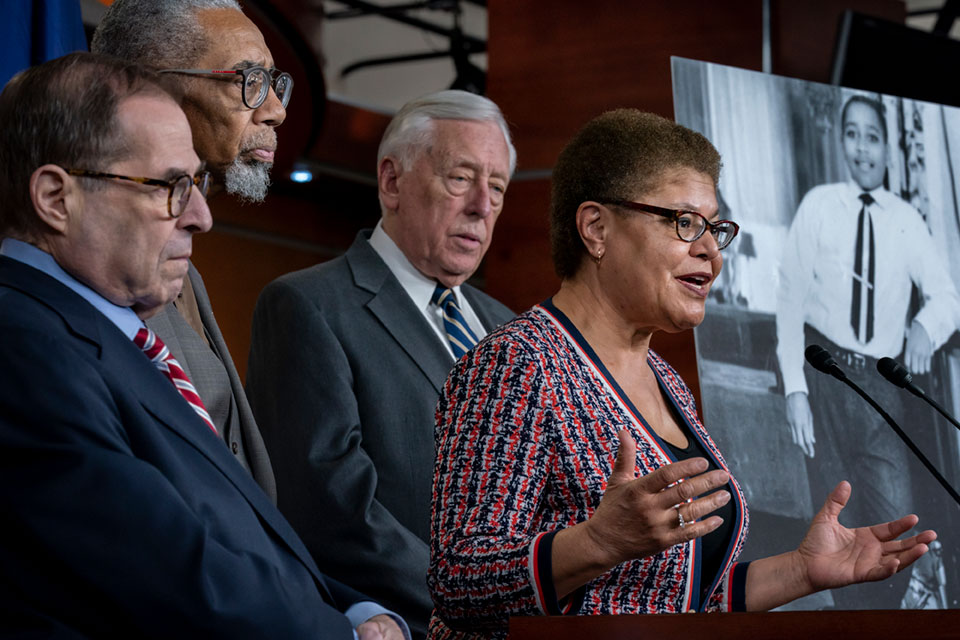 The U.S. House of Representatives has passed legislation to make lynching a federal hate crime.

Named in honor of Emmett Till, the Black whose horrific murder at the hands of white men in Mississippi in 1955, the bill outlaws lynching.

According to the bill’s text, “Whoever conspires to commit any offense … shall (A) if death results from the offense, be imprisoned for any term of years or for life.”

“(B) In any other case, be subjected to the same penalties as the penalties prescribed for the offense of the commission o f which was the object of the conspiracy.”

Specifically, the legislation makes lynching a federal hate crime, punishable by up to life in prison.

The measure had face defeat for more than 100 years, with lawmakers attempting to pass the legislation more than 200 times.

The House finally passed the bill on a 422-3 vote.

Many believe it will also have success in the U.S. Senate.

“The House has sent a resounding message that our nation is finally reckoning with one of the darkest and most horrific periods of our history, and that we are morally and legally committed to changing course,” said Congressman Bobby Rush (D-Illinois), who is retiring at the end of his term. 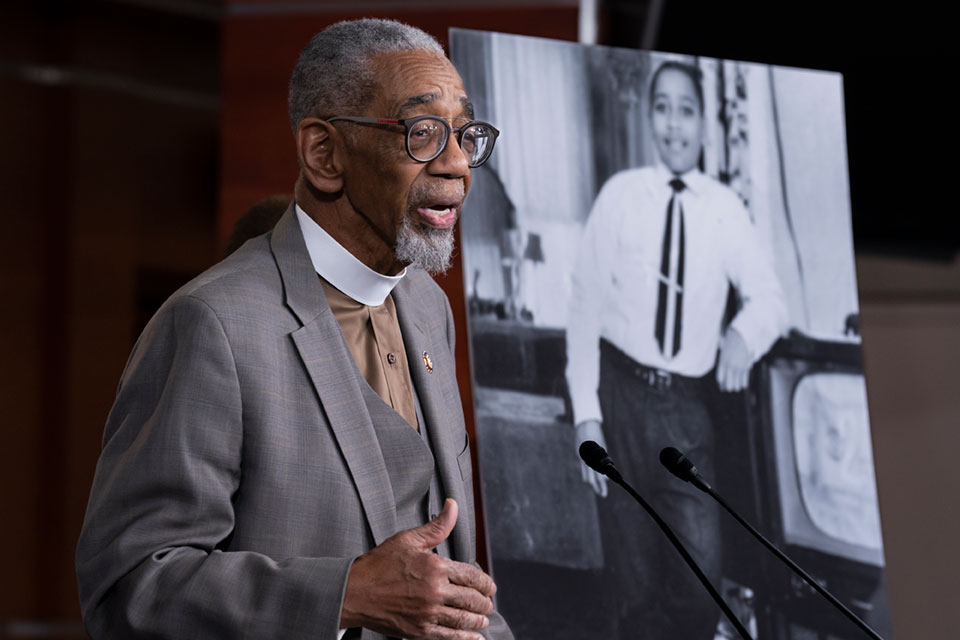 Rep. Bobby Rush, D-Ill., speaks during a news conference about the "Emmett Till Antilynching Act" which would designate lynching as a hate crime under federal law, on Capitol Hill in Washington, Wednesday, Feb. 26, 2020. Emmett Till, pictured at right, was a 14-year-old African-American who was lynched in Mississippi in 1955, after being accused of offending a white woman in her family's grocery store. (AP Photo/J. Scott Applewhite)

Congressman Rush, who founded the Illinois chapter of the Black Panther Party, had promised to do all he could to push the legislation through before his retirement.

The congressman recalled that he was 8 years old when he saw photos of Emmett Till’s brutalized corpse in Jet Magazine.

“That shaped my consciousness as a Black man in America, changed the course of my life, and changed our nation,” Congressman Rush asserted.

New Jersey Democratic Senator Cory Booker noted that between 1936 and 1938, the national headquarters of the NAACP hung a flag with the words “A man was lynched yesterday.”

“That was a solemn reminder of the reality Black Americans experienced daily during some of the darkest chapters of America’s history,” Sen. Booker remarked.

“Used by white supremacists to oppress and subjugate Black communities, lynching is a form of racialized violence that has permeated much of our nation’s past and must now be reckoned with,” the Senator continued.

“Although this bill will not undo the terror and fear of the past, it’s a necessary step that our nation must take to move forward.”

This article was originally published on NNPA