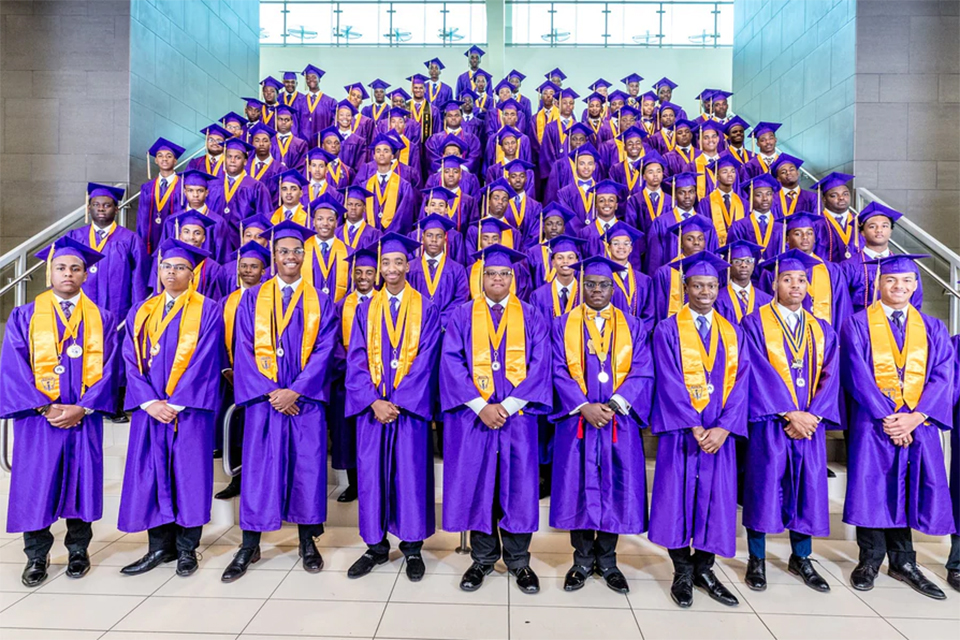 New Orleans’ St. Augustine High School, which accomplished many firsts for African Americans during the 1950s and 1960s, again enjoyed a historical moment for its 2022 graduating class.

As noted on the Black excellence blog, Because of Them We Can, one of the mothers of a St. Augustine graduate, Twitter user @Kay_Jeaux, took to the social media platform to share a clip of the class of 2022 as they celebrated graduation in cap and gown alongside a second line band.

Captioned under the clip were a few receipts for the graduating class.

“It’s late, but I don’t care. The world deserves to see this Black boy joy. Congratulations to THE St. Augustine High School class of 2022. 100% college acceptance. $9.2M in scholarships. Straight out of the 7th ward of New Orleans,” Jeaux tweeted.

The blog pointed out that the post sparked widespread praise for the graduating class, having been viewed already more than 300,000 times.

According to the Greater New Orleans Community Data Center, the Seventh Ward, where St. Augustine High School sits, was once considered the quintessential Creole neighborhood in New Orleans.

“Many educated and accomplished people of color lived here before the Civil War and throughout the time when Jim Crow laws were in effect,” data center officials reported.

After desegregation, the city built the I-10 interstate right over the Claiborne neutral ground, destroying the 7th Ward’s prosperous business district in the process, the officials added.

“Here is what happens when a community comes together and loves their children.”

“This just made my whole day! Those young men battled hard to do so very well and now they can celebrate. #NewOrleans celebrates you! Congrats to the Class of 2022.”