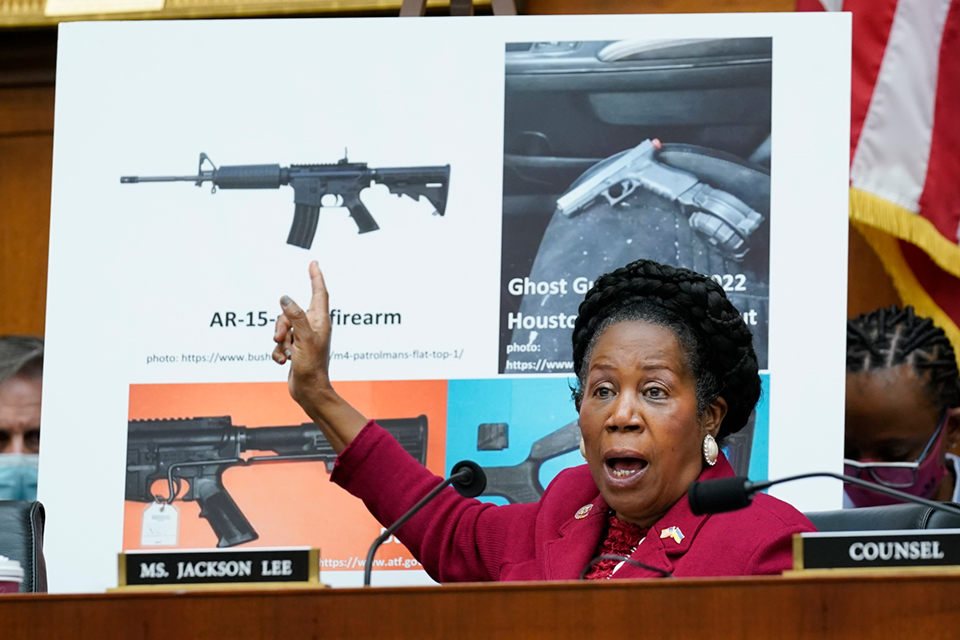 WASHINGTON (AP) — The House is swiftly working to put its stamp on gun legislation in response to mass shootings in Texas and New York by 18-year-old assailants who used semi-automatic rifles to kill 31 people, including 19 children.

Debate on the legislation came as the the White House announced that President Joe Biden would give a prime-time speech about the shootings and his plans to press Congress “to pass commonsense laws to combat the epidemic of gun violence that is taking lives every day.”

Partisan positions were clear at a Judiciary Committee hearing Thursday on legislation that would raise the age limit for purchasing semi-automatic rifles from 18 to 21. The bill also would make it a federal offense to import, manufacture or possess large-capacity magazines and would create a grant program to buy back such magazines.

It also builds on the administration's executive action banning fast-action “bump-stock” devices and “ghost guns” that are assembled without serial numbers.

The Democratic legislation, called the Protecting Our Kids Act, was quickly added to the legislative docket after last week's school shooting in Uvalde, Texas. Speaker Nancy Pelosi, D-Calif., promised in a letter to Democratic colleagues Thursday that the House will vote on the measure next week, and she promised other votes in the weeks ahead, including on a bill to to create an AMBER Alert-style notification during a mass shooting. Pelosi also pledged a hearing on a bill banning military-style semiautomatic rifles.

But with Republicans nearly all in opposition, the House action will mostly be symbolic, merely putting lawmakers on record about gun control ahead of this year's elections. The Senate is taking a different course, with a bipartisan group striving toward a compromise on gun safety legislation that can win enough GOP support to become law. Those talks are making “rapid progress,” according to Sen. Susan Collins of Maine, one of the Republican negotiators.

Rep. Jerrold Nadler, D-N.Y., chairman of the House Judiciary Committee, defended his chamber's proposals as popular with most Americans. He dismissed Republican criticism.

“You say that it is too soon to take action? That we are ‘politicizing' these tragedies to enact new policies?" Nadler said. “It has been 23 years since Columbine. Fifteen years since Virginia Tech. Ten years since Sandy Hook. Seven years since Charleston. Four years since Parkland and Santa Fe and Tree of Life Synagogue in Pittsburgh."

“Too soon? My friends, what the hell are you waiting for?”

What is the root of the issue

Rep. Jim Jordan of Ohio, the top Republican on the committee, said no one wants another tragedy. But he insisted the House bill would do nothing to stop mass shootings.

“We need to get serious about understanding why this keeps happening. Democrats are always fixated on curtailing the rights of law-abiding citizens rather than trying to understand why this evil happens," Jordan said. “Until we figure out the why, we will always mourn losses without facing the problem. Our job is to figure out the why."

A chief feature of the House bill requires those buying semi-automatic weapons to be at least 21. Only six states require someone to be at least 21 years old to buy rifles and shotguns. The shooters in Uvalde and Buffalo, New York, both were 18 and used an AR-15-style weapon.

Rep. Steve Cohen, D-Tenn., said that it should be a red flag when an 18-year-old wants to buy “an assault weapon."

Rep. Dan Bishop, R-N.C., pointed to a U.S. appeals court ruling last month, however, that found California’s ban on the sale of semiautomatic weapons to adults under 21 unconstitutional.

“I can tell you this, and let me be clear, you are not going to bully your way to stripping Americans of fundamental rights,” Bishop said. 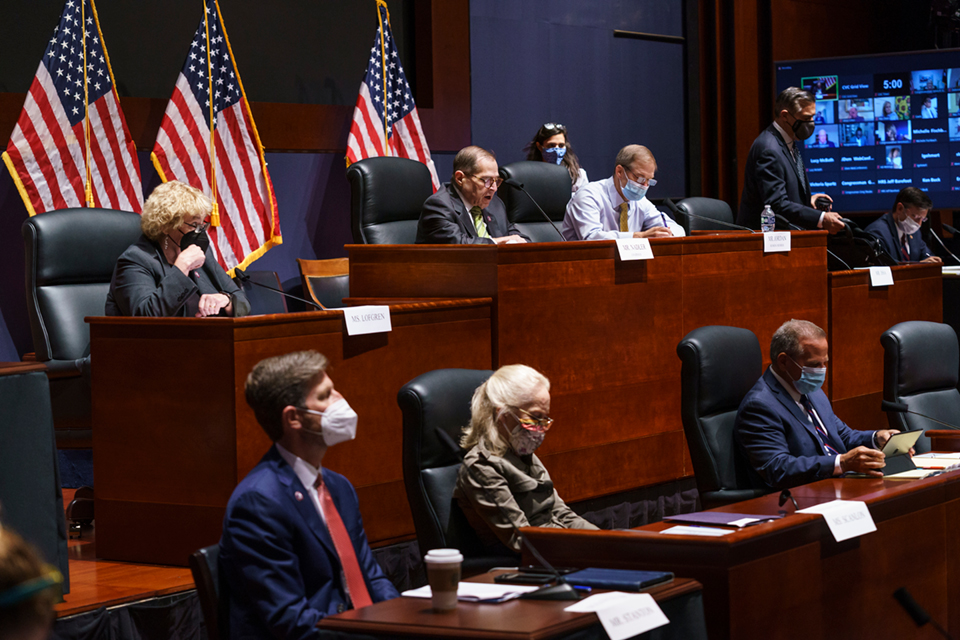 The hearing featured emotional pleas from Democratic lawmakers for Congress to respond to the mass shootings after years of gridlock on gun issues, one of the most riveting coming from Rep. Lucy McBath of Georgia.

She recalled how her son, Jordan, was shot and killed at a gas station by a man who complained about the loud music he was listening to. She said she dreams of who he would have become. She said racial bias led to his death and those of 10 Black Americans in Buffalo last month and is “being replayed with casual callousness and despicable frequency" in the United States.

“We all understand that the murder of our children cannot continue,” McBath said. “And we have solutions that a majority of American people believe in. They are common-sense compromises that will keep American children alive.”

Several lawmakers participated in the hearing remotely, including Rep. Greg Steube, R-Fla., who brandished various pistols in arguing that the bill's provision banning large-capacity magazines of more than 10 rounds amounted to stopping law-abiding citizens from purchasing guns of their choice.

When Rep. Sheila Jackson Lee, D-Texas, remarked that she hoped one of the guns Steube was holding was not loaded, Steube replied, “I’m in my house, I can do whatever I want with my guns.” It was one of several pointed exchanges during the hearing.

Any legislative response to the Uvalde and Buffalo shootings will have to get through the evenly divided Senate, where support from at least 10 Republicans would be needed to advance the measure to a final vote. A group of senators has been working privately this week in hopes of finding a consensus.

Ideas under discussion include expanding background checks for gun purchases and incentivizing red-flag laws that allow family members, school officials and others to go into court and secure orders requiring the police to seize guns from people considered threats to themselves or others.