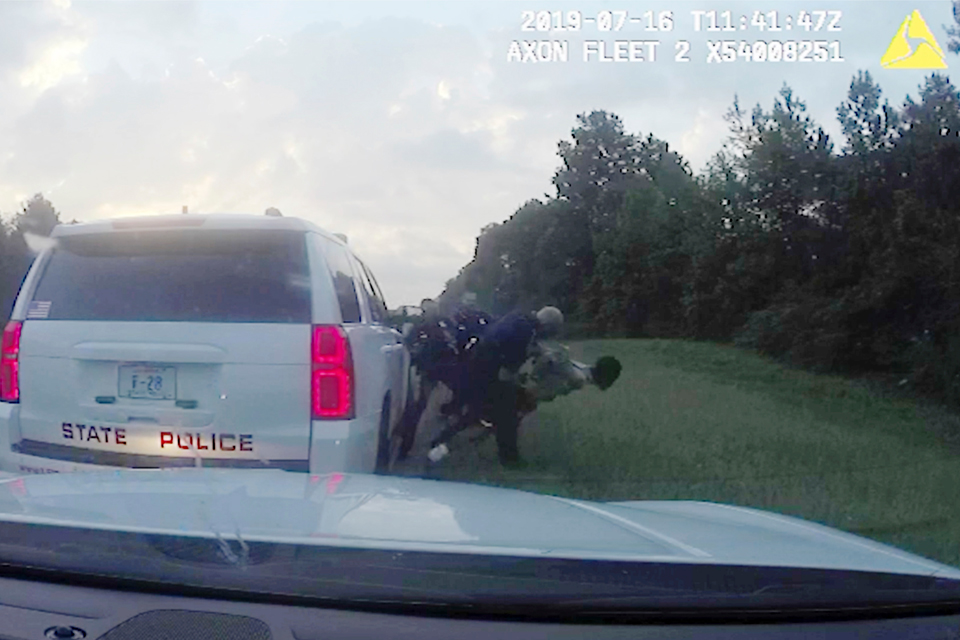 BATON ROUGE, La. (AP) — The U.S. Justice Department is opening a sweeping civil rights investigation into the Louisiana State Police amid mounting evidence that the agency has a pattern of looking the other way in the face of beatings of mostly Black men, including the deadly 2019 arrest of Ronald Greene.

The federal “pattern-or-practice” probe announced Thursday followed an Associated Press investigation that found Greene’s arrest was among at least a dozen cases over the past decade in which state police troopers or their bosses ignored or concealed evidence of beatings, deflected blame and impeded efforts to root out misconduct. Dozens of current and former troopers said the beatings were countenanced by a culture of impunity, nepotism and, in some cases, outright racism. 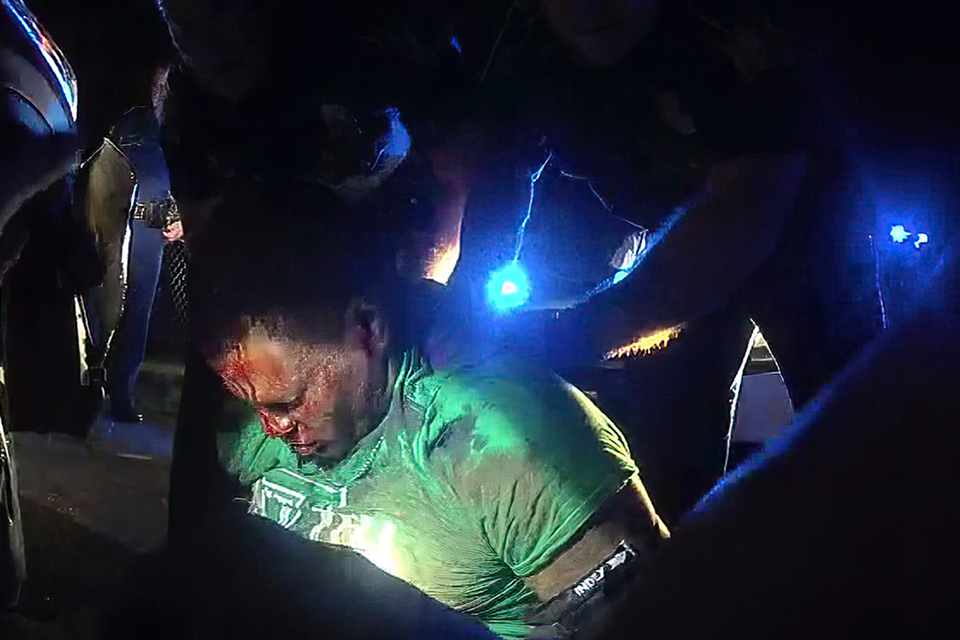 This image from video from Louisiana state police state trooper Dakota DeMoss' body-worn camera, shows troopers holding up Ronald Greene before paramedics arrived on May 10, 2019, outside of Monroe, La. Three years ago, when a beaten and battered Ronald Greene drew his final breath on a rural roadside, his death in Louisiana State Police custody seemed destined for obscurity. Family members were told falsely that he died in a car crash following a high-speed chase. Body camera footage of white troopers stunning, punching and dragging the Black motorist remained secret and withheld from his initial autopsy. Three years later the case has engulfed Louisiana’s elite law enforcement agency in controversy. (Louisiana State Police via AP)

“We find significant justification to open this investigation now. ... We received information of the repeated use of excessive force, often against people suspected of minor traffic offenses, who are already handcuffed or are not resisting,” said Assistant Attorney General Kristen Clarke, who oversees the Justice Department’s civil rights division. She added there were also reports of troopers targeting Black residents in traffic enforcement and using “racial slurs and racially derogatory terms.”

The federal probe, the first such action against a statewide law enforcement agency in more than two decades, comes more than three years after white troopers were captured on long-withheld body-camera video beating, stunning and dragging Greene on a rural roadside near Monroe. Despite lengthy, ongoing federal and state criminal investigations into a death troopers initially blamed on a car crash, no one has been charged.

AP’s reporting found troopers have made a habit of turning off or muting body cameras during pursuits. When footage is recorded, the agency has routinely refused to release it. And a recently retired supervisor who oversaw a particularly violent clique of troopers told internal investigators last year that it was his “common practice” to rubber-stamp officers’ use-of-force reports without ever reviewing body-camera video.

In some cases, troopers omitted uses of force such as blows to the head from official reports, and in others troopers sought to justify their actions by claiming suspects were violent, resisting or escaping, all of which were contradicted by video footage. 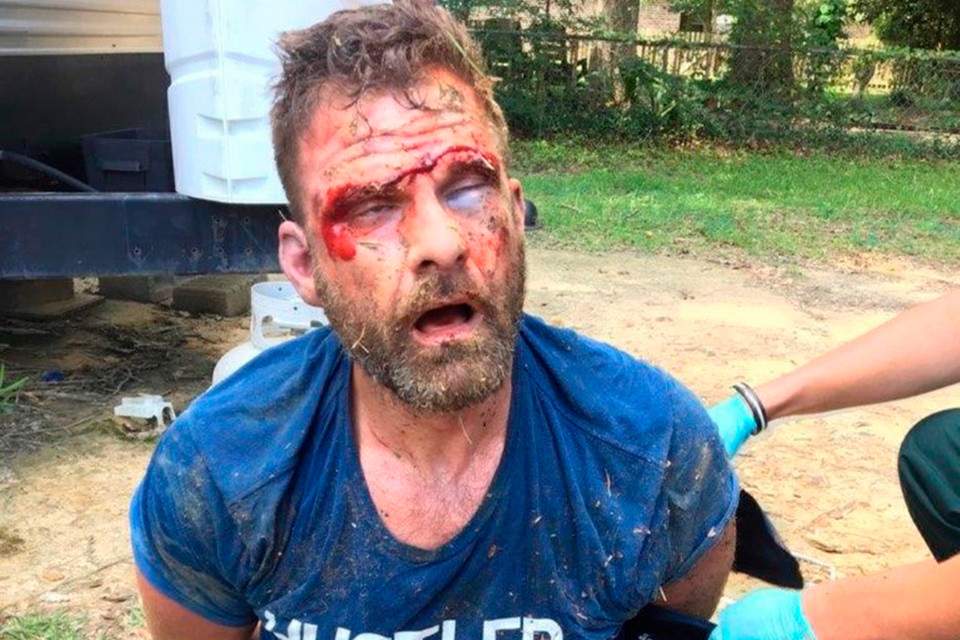 FILE - In this August 2019 photo provided by his attorney, Darrell Smith is apprehended by Louisiana State Police troopers after fleeing a a traffic stop near Baton Rouge, La. Smith's lawsuit says troopers shared this photo of him after a beating, with his eyes swollen shut, and the caption: "This is what happens when you run from the police." (Courtesy Haley & Associates via AP, File)

"This systemic misconduct was blessed by top brass at the Louisiana State Police,” said Alanah Odoms, executive director of the ACLU of Louisiana. She described a “culture of violence, terror, and discrimination” within the agency, calling Greene's death “the tip of the iceberg.”

Clarke said the civil “pattern-or-practice” probe is aimed at driving needed reforms, if necessary by suing to implement a federal consent decree. She added that Gov. John Bel Edwards and the superintendent of the Louisiana State Police, Lamar Davis, have pledged their cooperation.

Davis, in an internal email obtained by AP, told troopers to “hold your heads high” and embrace the federal scrutiny.

“We have nothing to hide and can only benefit from learning,"

Edwards issued a statement Thursday welcoming the investigation. “It is deeply troubling that allegations of systemic misconduct exist that would warrant this type of investigation,” he said, “but it is absolutely critical that all Louisianans, especially African-Americans and other people of color, have their faith, confidence and trust in public safety officers restored."

Black leaders have been urging the Justice Department for months to launch a broader investigation into potential racial profiling by the overwhelmingly white state police, similar to other probes opened over the past year in Minneapolis, Louisville and Phoenix.

By its own tally, 67% of state police uses of force in recent years were against Black people, who make up 33% of the state’s population. 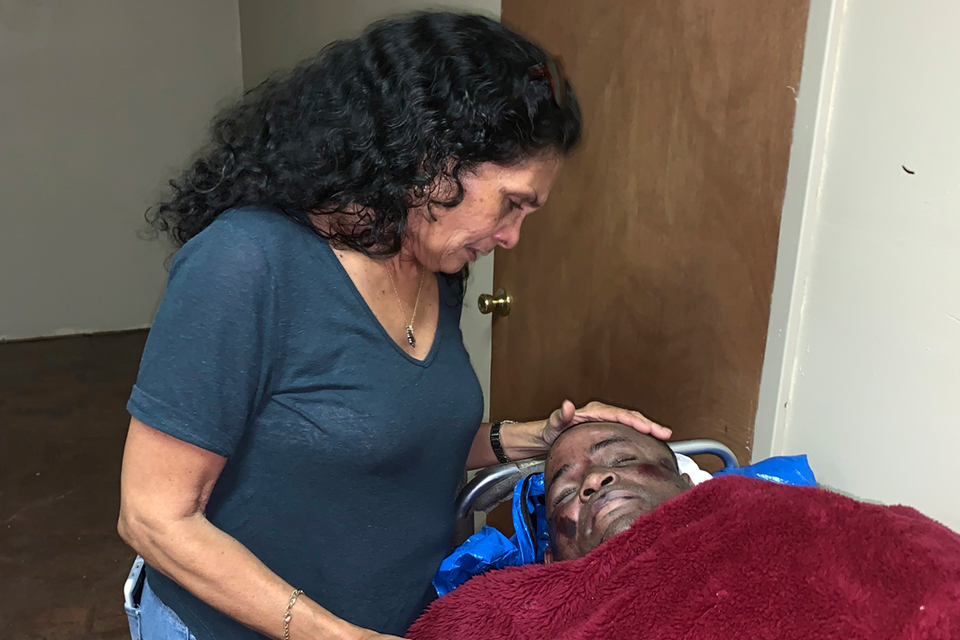 FILE - EDS NOTE: GRAPHIC CONTENT - In this photo provided by Alana Wilson, Mona Hardin looks over the body of her son, Ronald Greene in Rayville, La., on May 13, 2019. "I've been wandering around in a cloud of confusion just wondering: What does it take for the state of Louisiana to recognize the murder of a man? What does it take to get answers?" Hardin told Louisiana state lawmakers in a December 2021 hearing. (Alana Wilson via AP, File)

The action comes as Edwards prepares to testify before a bipartisan panel of state lawmakers investigating Greene's death. AP reported last month that the Democratic governor and his lawyers privately watched video showing Greene taking his final breaths during his fatal arrest — footage that didn't reach prosecutors until nearly two years after Greene’s May 10, 2019, death.

Federal prosecutors also are still investigating whether police brass obstructed justice to protect troopers in the Greene case — and whether they sought to conceal evidence of troopers beating other Black motorists.

The head of the state police at the time of Greene's arrest, Kevin Reeves, has denied the death was covered up but current commanders have told lawmakers investigating the state’s response that it was. The agency’s own use-of-force expert called what troopers did to Greene “ torture and murder.” 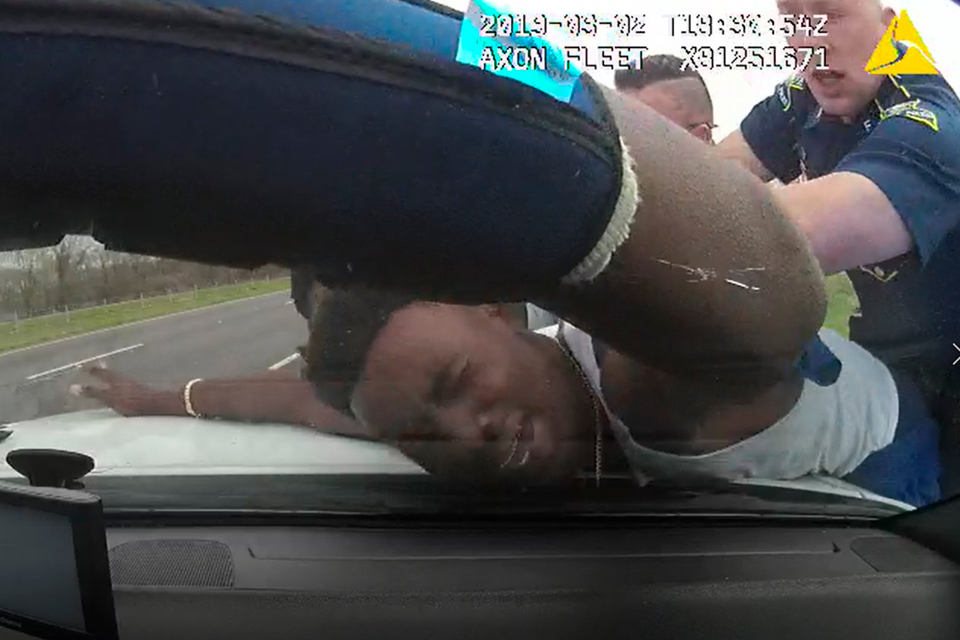 FILE - In this March 2, 2019 image from police dashboard camera video, Louisiana State Trooper Jacob Brown slams motorist DeShawn Washington against the hood of a police cruiser during a traffic stop in Ouachita Parish, La., after troopers found marijuana in the trunk of Washington's car. (Louisiana State Police via AP, File)

The AP also found that a former trooper implicated in three separate beatings, Jacob Brown, tallied 23 uses of force dating to 2015, 19 of which involved Black people. In one case that resulted in federal charges, Brown was seen on body-camera video beating Aaron Larry Bowman 18 times with a flashlight after deputies pulled him over for a traffic violation in 2019. State police didn’t investigate the attack until 536 days later, and only did so after a lawsuit from Bowman, who was left with a gash to the head and a broken jaw, ribs and wrist.

“Finally!!!” Bowman’s attorney, Donecia Banks-Miley, said in a text message upon hearing of the pattern-or-practice probe. “We still need transparency and accountability to help bring restoration to the pain that continues to occur with LSP and other law enforcement agencies.”