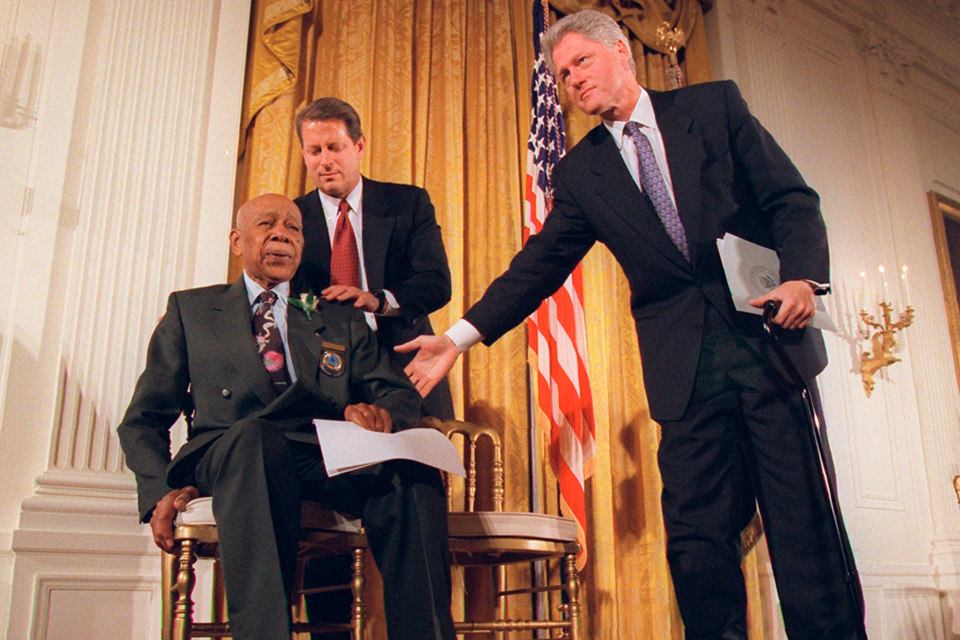 BIRMINGHAM, Ala. (AP) — For almost 40 years starting in the 1930s, as government researchers purposely let hundreds of Black men die of syphilis in Alabama so they could study the disease, a foundation in New York covered funeral expenses for the deceased. The payments were vital to survivors of the victims in a time and place ravaged by poverty and racism.

Altruistic as they might sound, the checks — $100 at most — were no simple act of charity: They were part of an almost unimaginable scheme. To get the money, widows or other loved ones had to consent to letting doctors slice open the bodies of the dead men for autopsies that would detail the ravages of a disease the victims were told was “bad blood.”

Fifty years after the infamous Tuskegee syphilis study was revealed to the public and halted, the organization that made those funeral payments, the Milbank Memorial Fund, publicly apologized Saturday to descendants of the study's victims. The move is rooted in America's racial reckoning after George Floyd's murder by police in 2020.

“It was wrong. We are ashamed of our role. We are deeply sorry,” said the president of the fund, Christopher F. Koller.

Decieved by the study

The apology and an accompanying monetary donation to a descendants' group, the Voices for Our Fathers Legacy Foundation, were presented during a ceremony in Tuskegee at a gathering of children and other relatives of men who were part of the study.

Endowed in 1905 by Elizabeth Milbank Anderson, part of a wealthy and well-connected New York family, the fund was one of the nation's first private foundations. The nonprofit philanthropy had some $90 million in assets in 2019, according to tax records, and an office on Madison Avenue in Manhattan. With an early focus on child welfare and public health, today it concentrates on health policy at the state level.

Koller said there's no easy way to explain how its leaders in the 1930s decided to make the payments, or to justify what happened. Generations later, some Black people in the United States still fear government health care because of what's called the “Tuskegee effect.”

“The upshot of this was real harm," Koller told The Associated Press in an interview before the apology ceremony. “It was one more example of ways that men in the study were deceived. And we are dealing as individuals, as a region, as a country, with the impact of that deceit.” 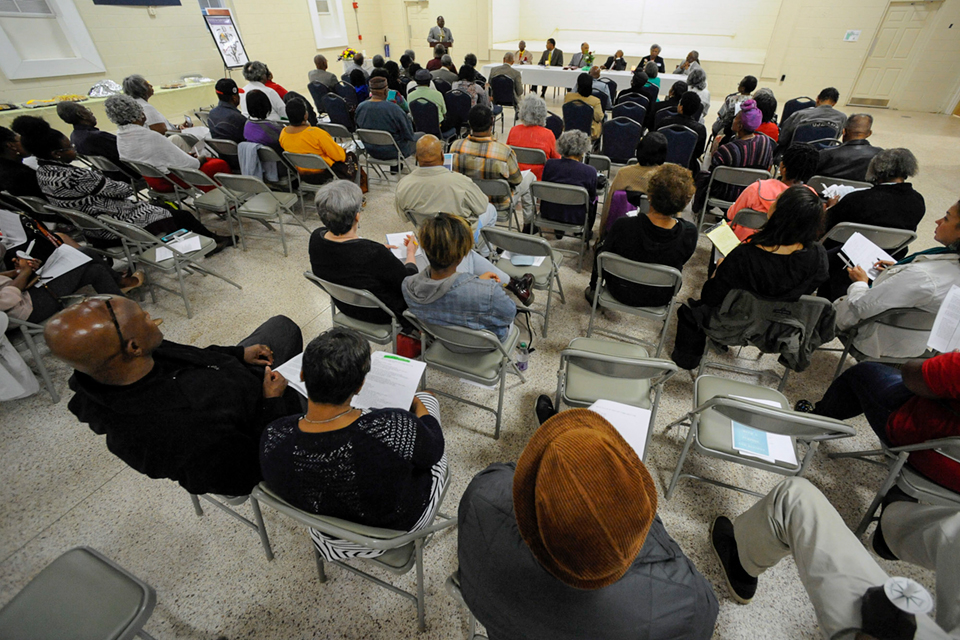 Lillie Tyson Head's late father Freddie Lee Tyson was part of the study. She's now president of the Voices group. She called the apology “a wonderful gesture and a wonderful thing” even if it comes 25 years after the U.S. government apologized for the study to its final survivors, who have all since died.

“It’s really something that could be used as an example of how apologies can be powerful in making reparations and restorative justice be real,” said Head.

Despite her leadership of the descendants group, Head said she didn't even know about Milbank's role in the study until Koller called her one day last fall. The payments have been discussed in academic studies and a couple books, but the descendants were unaware, she said.

“It really was something that caught me off guard,” she said. Head's father left the study after becoming suspicious of the research, years before it ended, and didn't receive any of the Milbank money, she said, but hundreds of others did.

Other prominent organizations, universities including Harvard and Georgetown and the state of California have acknowledged their ties to racism and slavery. Historian Susan M. Reverby, who wrote a book about the study, researched the Milbank Fund’s participation at the fund's request. She said its apology could be an example for other groups with ties to systemic racism.

’“It’s really important because at a time when the nation is so divided, how we come to terms with our racism is so complicated,” she said. “Confronting it is difficult, and they didn’t have to do this. I think it’s a really good example of history as restorative justice.”

Starting in 1932, government medical workers in rural Alabama withheld treatment from unsuspecting Black men infected with syphilis so doctors could track the disease and dissect their bodies afterward. About 620 men were studied, and roughly 430 of them had syphilis. Reverby's study said Milbank recorded giving a total of $20,150 for about 234 autopsies.

Revealed by The Associated Press in 1972, the study ended and the men sued, resulting in a $9 million settlement from which descendants are still seeking the remaining funds, described in court records as “relatively small.”

“One of the lessons for us is you get bad decisions if … your perspectives are not particularly diverse and you don’t pay attention to conflicts of interest,” Koller said.

The payments became less important as the Depression ended and more Black families could afford burial insurance, Reverby said. Initially named as a defendant, Milbank was dismissed as a target of the men's lawsuit and the organization put the episode behind it.

Years later, books including Reverby's “Examining Tuskegee, The Infamous Syphilis Study and Its Legacy,” published in 2009, detailed the fund's involvement. But it wasn't until after Floyd's death at the hands of Minneapolis police that discussions among the Milbank staff — which is now much more diverse — prompted the fund's leaders to reexamine its role, Koller said.

“Both staff and board felt like we had to face up to this in a way that we had not before,” he said. 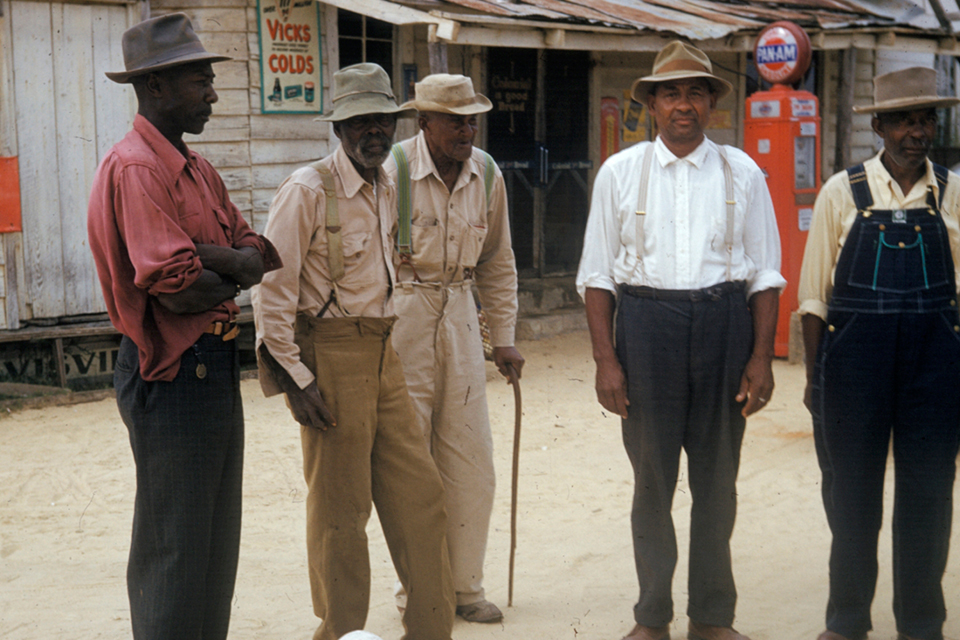 Paying for thier actions

Besides delivering a public apology to a gathering of descendants, the fund decided to donate an undisclosed amount to the Voices for Our Fathers Legacy Foundation, Koller said.

The money will make scholarships available to the descendants, Head said. The group also plans a memorial at Tuskegee University, which served as a conduit for the payments and was the location of a hospital where medical workers saw the men.

While times have changed since the burial payments were first approved nearly 100 years ago, Reverby also said there's no way to justify what happened.

"The records say very clearly, untreated syphilis," she said. “You don’t need a Ph.D. to figure that out, and they just kept doing it year after year.”