The Jan. 6 Hearings Are Tailor-Made for Social Media 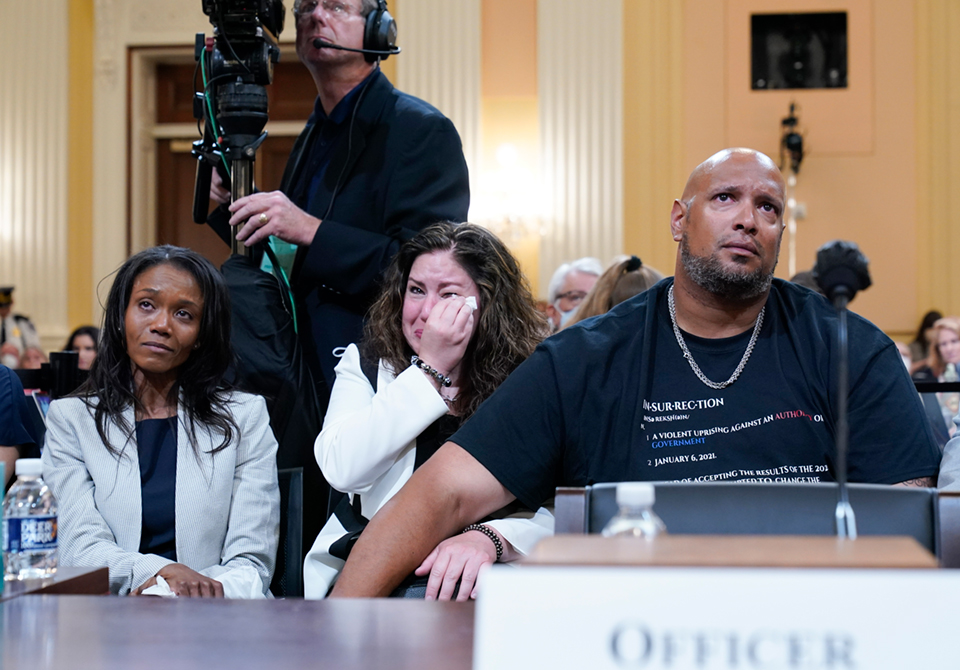 On June 16, 2022, the House Committee investigating the Jan. 6 riot at the U.S. Capitol used its two-hour hearing to paint a picture of a relentless campaign by former President Donald Trump and his allies to pressure former Vice President Mike Pence into throwing the election to Trump.

The committee’s palette included video excerpts from witness interviews, live testimony from associates of both Pence and Trump, and clips showing crucial notes or excerpts from emails. The hearings, of which this was the third, run for approximately two-hour chunks of time. That’s a long time in today’s era of quick scrolling, one-minute TikToks and 240-character hot-take tweets.

But what the Jan. 6 committee hearings have shown so far is not the antithesis of social media. On the contrary, these hearings appear to be made for social media, given the elements of the presentation. The quick video cutaways, pithy sound bites and short interview clips, such as former Attorney General William Barr saying “bullshit” on repeat, are all easily broken off from the larger hearings to be repackaged as social media content.

So was the Jan. 6 insurrection.

In the days following the Jan. 6 attack, many pundits seemed baffled that the insurrectionists had stormed the Capitol with phones in hand, taking videos and selfies. This seemed self-incriminating, and it turned out to be. Yet scholars of the far-right have long discussed how social media has been essential to that community.

Those who stormed the Capitol had a history of using platforms like Reddit, Twitter and YouTube and internet messaging types like memes to spread their views. Storming the Capitol included a simultaneous internet component because the internet was part of the plan from the beginning. It was no surprise that the insurrectionists documented their actions.

It makes sense that the Jan. 6 committee hearings are equally tuned for social media. The goal of the Jan. 6 committee hearings is to impart information and tell the whole story of what really happened that day, and ideally, to reach as many in the American electorate as possible. Doing so also means understanding today’s media landscape, where clips shared on social media are just as important as the primary broadcast.

Being on social media doesn’t always guarantee that your message will go viral, however.

Attention by the numbers

With the frequent use of video interviews from the highest-ranking people in Trump’s circle, including Barr, Ivanka Trump, Jared Kushner and former New York City Mayor Rudy Giuliani, the Jan. 6 committee has turned Trump surrogates’ words into clips that can be easily separated from the broader hearings and shared online.

For instance, a Democratic SuperPAC has posted a TikTok video of a clip from a committee interview with Jason Miller, a member of President Trump’s inner circle, with the word “admission” stamped across it. Similar TikToks boast in all caps SHOCKING REVELATION FROM J6 HEARING over a clip of Republican Congresswoman and Select Committee Co-Chair Liz Cheney discussing Trump.

Social media may be playing a role in how the Jan. 6 committee structures its hearings, but the creation of content doesn’t always translate into consumption. Younger generations don’t seem to be flocking to social media platforms to catch up on the hearings. At the time of writing, videos on TikTok with the hashtags #january6hearing, #january6thhearing and #j6hearings had less than a million views combined, and the hashtag #january6thcommission has 15.5 million views.

Even the hashtag #january6, which includes videos of all aspects of the insurrection dating back to when the attack happened, has just 90.3 million views.

Compare this to how the recent defamation trial between actors Johnny Depp and Amber Heard played out on TikTok, where the hashtag for those supporting Depp had over 18 billion views. Though TikTok counts a view as the video merely starting, not finishing, this is still a staggering number.

Breaking through the noise

The internet has been described as an attention economy in which there is more possible content than any one person could ever consume. The supply massively outpaces the demand.

So what do people, and politicians, do to break through the barrage of content online? Politicians have always chased soundbites, but on social media, grabbing attention is a practice and a mindset. People tend to perform in certain ways to produce content that is likely to stand out online. The Jan. 6 committee is no exception.

While viral moments can stand out from big, televised events like the Olympics, fewer and fewer people are tuning in to these in real time.

As the Washington Post reported on the Watergate hearings, one woman said, “I’ve got to hurry home and watch the Senate investigation on TV. It’s more fun than an X-rated movie.”

But that’s not today’s media landscape. And as hyperpartisanship abounds, with Fox News refusing to air the hearings in prime time, trying to make noise on other media becomes crucial as a strategy to get a message out there.

While there is an argument that the hearings shouldn’t be about chasing internet fame, getting through to the public is important. And bits of information from the Jan. 6 committee are better than nothing.