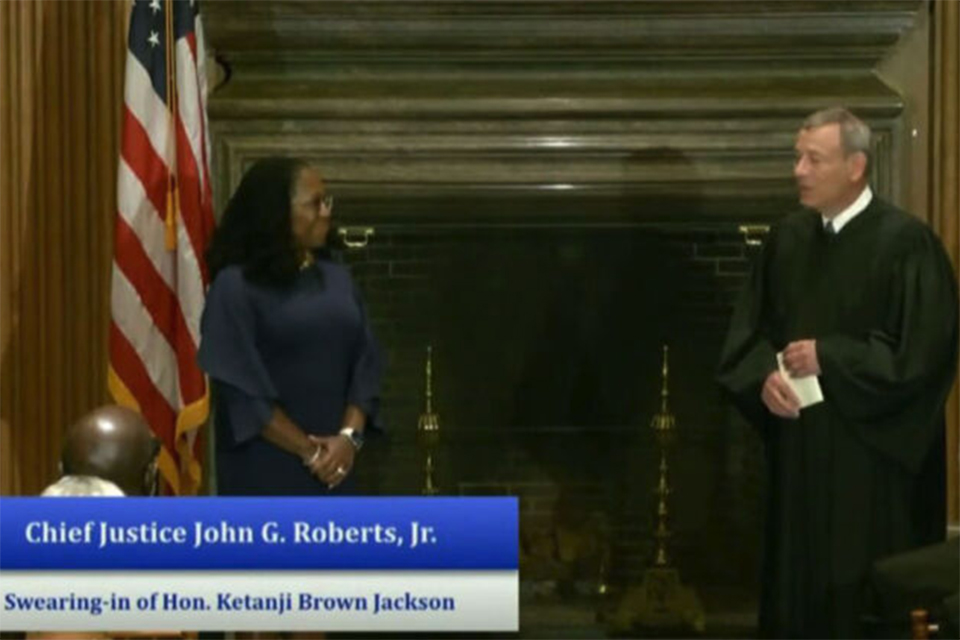 Protests have erupted with the recent overturning of Roe v. Wade, and other controversial decisions by the high court, including expanded gun rights at a time where the nation has witnessed nearly a deadly mass shooting each day.

“It took just one generation to go from segregation to the Supreme Court of the United States,” Jackson asserted earlier.

“It is an honor of a lifetime to have this chance to join the court, to promote the rule of law at the highest level, and to do my part to carry out shared project of democracy and equal justice under law forward, into the future.”

The court’s new term begins in September and Jackson immediately will help decide momentous opinions like the federal government’s jurisdiction over wetlands; an Alabama voter suppression law, and affirmative action cases that challenge admission policies at the University of North Carolina and Harvard.

Jackson has stated she’ll recuse herself from the Harvard case because she served on the school’s board of overseers.