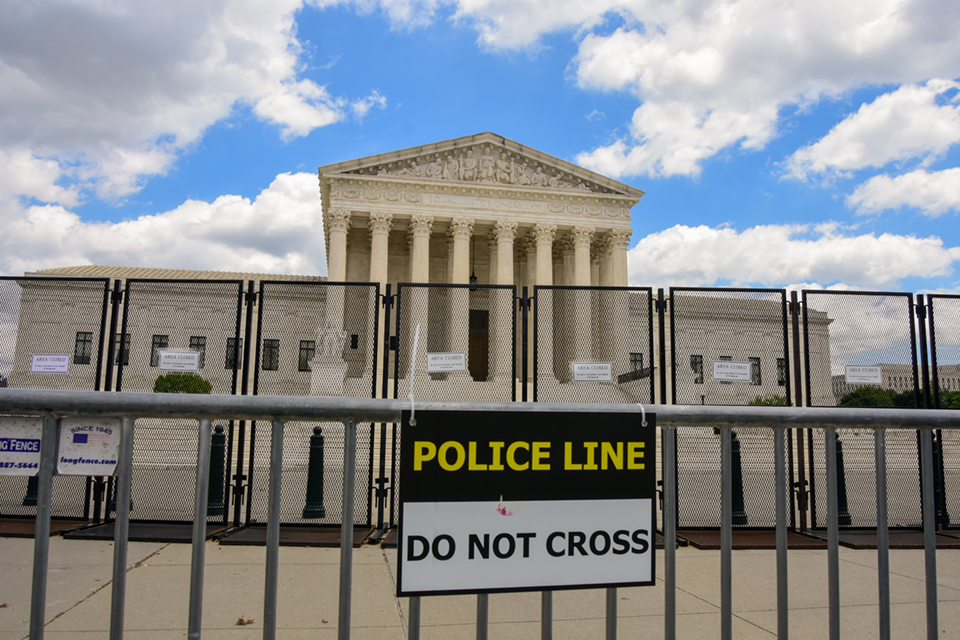 The failure of Congress to pass legislation like the John Lewis Voting Rights Advancement Act and the George Floyd Justice in Police Act have already frustrated African Americans and further dampened hope for a sizeable Black voter turnout during the 2022 midterm elections.

But, with the U.S. Supreme Court overturning the landmark Roe v. Wade statute and effectively taking away reproductive rights, some believe voters are now galvanized and poised for a massive showing in November.

Freedom in the U.S.

“The Supreme Court’s decision in Dobbs v. Jackson Women’s Health Organization says abortion is not deeply rooted in our nation’s history. In holding that, the decision calls into question other rights that we thought were settled, including the right to use birth control, the right to same-sex marriage, and more,” Vice President Kamala Harris said.

“The great aspiration of our nation has been to expand freedom. But the expansion of freedom is not inevitable. It is not something that just happens unless we defend our most fundamental principles. And not unless we elect leaders who stand up for those principles,” Harris continued.

“The strength of our nation has always been that we move forward. We must now come together to show what kind of country we want to live in and reject the notion that our rights are up for debate.”

Russ Feingold, the president of the progressive legal organization, American Constitution Society, said the decision marks the “first time that our highest court has taken away a constitutional right.”

“But make no mistake, our courts will play a crucial role in the fight to restore federal abortion rights and protect state abortion rights,” Feingold said in an email.

“The extreme right-wing Supreme Court majority’s decision to overturn Roe v. Wade, the law of the land for 49 years that gave a woman the right to choose, will have far-reaching and painful consequences,” Beatty stated.

“Moreover, in the midst of a Black maternal mortality crisis, restricting access to abortion care will disproportionately endanger the lives of Black Americans,” Beatty asserted.

“Let me be very clear: government-mandated pregnancy is not pro-life. It is pro-policing of women’s bodies. In response to this unacceptable decision, I, along with members of the Congressional Black Caucus, are co-leading a letter to President Biden urging him to swiftly declare this unprecedented attack on abortion rights and access as the public health and national emergency that it is. We have seen what life was like pre-Roe v. Wade, and America cannot afford to go back.”

There’s a reason why the majority of Black adults believe that the Supreme Court has mostly taken rights away from them over the past 15 years, offered Alicia Garza, principal at Black to the Future Action Fund, a national organization dedicated to making Black communities powerful in politics.

“We have seen this body gut the 1965 Voting Rights Act in Shelby County v. Holder, and now they are doing it to our healthcare,” Garza remarked.

“Abortion bans aren’t just about abortion – they are about power. They are about who has power, who doesn’t, and who wants to keep others from gaining it,” Garza demanded.

“The Republican Party claims to be about less government and more freedom, but that is a blatant lie. In this decision, the Supreme Court bowed to the real agenda of the Republican Party, which is to subvert the will of the many to serve the needs of a few.”

Garza added that abortion is a racial justice issue, and the decision will disproportionately impact Black families and devastate our economic futures.

“Black women are the primary breadwinners of our households, holding our families together with less and less. Therefore, our economic well-being, including whether we can get an education, work, and earn money to support ourselves and our families, is directly tied to our ability to make decisions about our bodies,” Garza asserted.

With protests at the Supreme Court and nationwide, the call for a massive voter turnout during the 2022 midterm elections has grown louder.

During the National Newspaper Publishers Association’s (NNPA) national convention marking the 195th-anniversary celebration of the Black Press of America in New Orleans, leaders announced a get-out-to-vote campaign aimed at registering and mobilizing GOTV for 10 million more African Americans to vote in time for the 2022 midterms.

“Let us take the lead and not be on the tail-end so we can show the present-day power of the Black Press,” said NNPA Chair Karen Carter Richards, who publishes the Houston Forward Times.

“With Roe overturned, the stakes of this election have never been higher – Black voters will stand with Senate Democrats against Sen. Mitch McConnell and Republicans’ agenda that would make abortion illegal and impose new, cruel, and punishing restrictions on women of color and their families,” said Jessica Knight Henry, Deputy, and Chief Diversity and Inclusion Officer for the Democratic Senatorial Campaign Committee.

Can't depend on protection from others

“I am ready to fight,” Demings declared in a statement.

“We won’t go back. We must work relentlessly to preserve our right to choose and our right to privacy. We must protect Roe v. Wade in federal law.”

“It is a departure from our American ideals to recognize and protect basic rights,”

“This misguided decision is devastating for women and families in Georgia and nationwide. Across the country, states have already passed dangerous and uncompromising restrictions that put politicians in charge of health care, instead of women and doctors.”

Marcela Howell, president, and CEO of In Our Own Voice: National Black Women’s Health Imperative, rebuked the high court’s decision.

“While we call on Congress and the Biden administration to take immediate action to uphold the Constitution, we will not depend on governing bodies to protect our rights.”