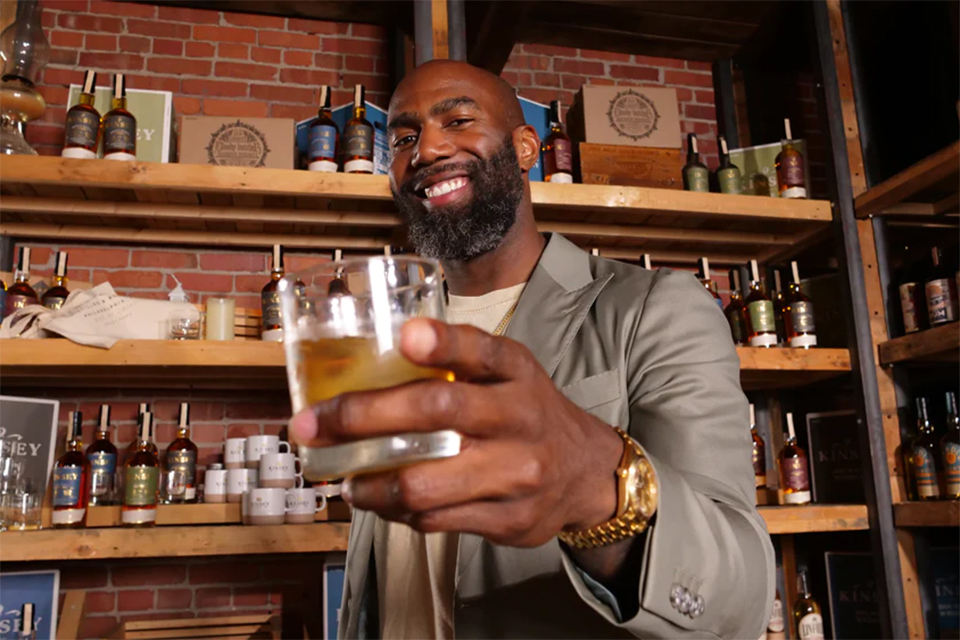 Jenkins is a two-time Super Bowl champion who is now the founder of Broad Street Ventures, the first Black athlete-led venture capital fund. The company launched with a $10 million investment fund aimed at Black and brown entrepreneurs, creating space for women after welcoming India Robinson and Sara “Lovestyle” Hood as investors. Now, just four months later, Jenkins is announcing his newest venture under his Malcolm Inc holding company, becoming a Board Member and investor in Millstone Spirits Group, which just recently made a $1.4 million acquisition of Faber Distilling and assets. Together, the group is hoping “to make the first-ever whiskey made with ingredients sourced exclusively from Black and brown farmers.”

Jenkins first made the connection at his foundation's annual charity fundraiser, connecting with Millstone CEO Robert Cassell around his love for whiskey and learning the business of the whiskey through multiple tours of New Liberty Distillery in Philadelphia.

“I got to see the process of how whiskey is made from the grains and the distillery to barrels, all the way to the finished product in the bottle and how all those things are tweaked. Once I wanted to make my own spirit, of course, Rob was the one I reached out to, and then that turned into the investment into Millstone Spirit Group,” Jenkins told reporters.

Millstone owns New Liberty and has now acquired Faber, also located in Pennsylvania. Jenkins is hoping to create a resurgence in the spirit space by developing pipelines for Black and brown farmers and inspiring more celebrity investors to support minority-owned growers, farms and operations.

“We started looking at, ‘How do we help Black farmers?’ and this gave us a [resolution] to a real problem in the spirit space that these smaller farmers that are usually Black and brown that can’t compete with some of the larger operations are getting priced out. But when we have an opportunity to create a craft spirit, then we fit the niche that they fulfill. And that gives us an opportunity to meet them at their price point where we are paying for high-quality products, but we are making a high-quality product as well - exclusively sourcing our grains from Black and brown farmers,” explained Jenkins.

His hope is to create a solid model for future investments in the space, celebrating Black entrepreneurs by actually creating access and opportunities for the most marginalized in those spaces.

“That’s something that’s really exciting me because not only do I like whiskey and can make my own spirit now but actually doing that in a way that’s sustainable and creates a pipeline of business to people of color and support farmers and jobs. Hopefully, that model is continued,” he said.

While the whiskey brand has not been named yet, production is set to start in the fall in accordance with the farmers' calendar.

We'll cheers to that!