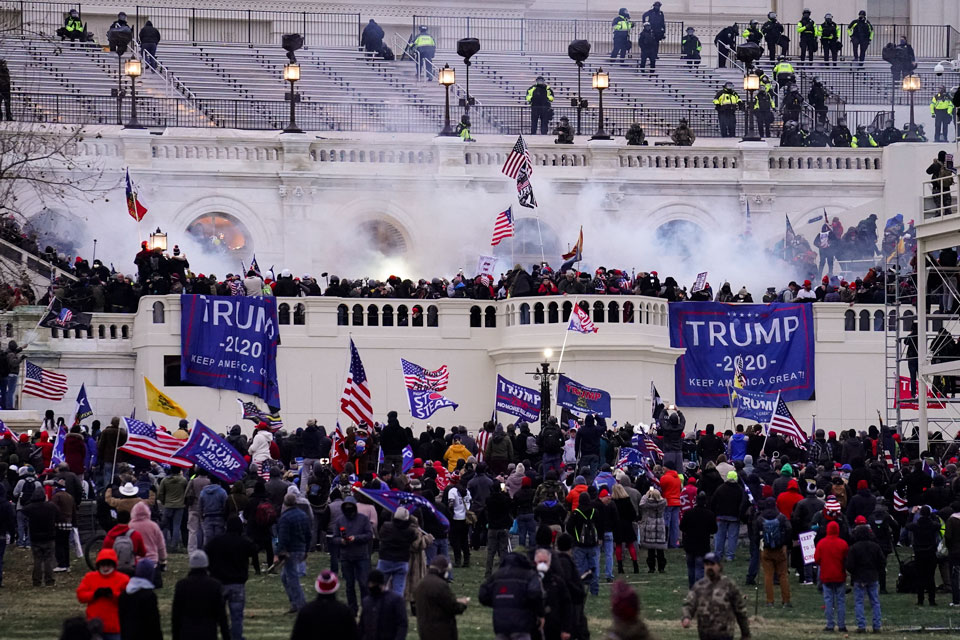 WASHINGTON (AP) — This isn't the end of the Capitol riot story.

The House committee investigating the deadly events of a fateful, chilly January day — now a year and a half in the past — has wrapped up its hot summer series of televised hearings, each featuring revelatory details about the day of violence itself or the weeks of efforts by President Donald Trump and his allies to overturn his 2020 election loss.

But the Jan. 6 committee is preparing for more hearings in September, and investigations persist in multiple jurisdictions and venues. New details will be unearthed. Additional criminal cases against the rioters who stormed the Capitol are a safe bet. Other prosecutions — Georgia Republicans were recently warned they could face charges — could be on the horizon, too. 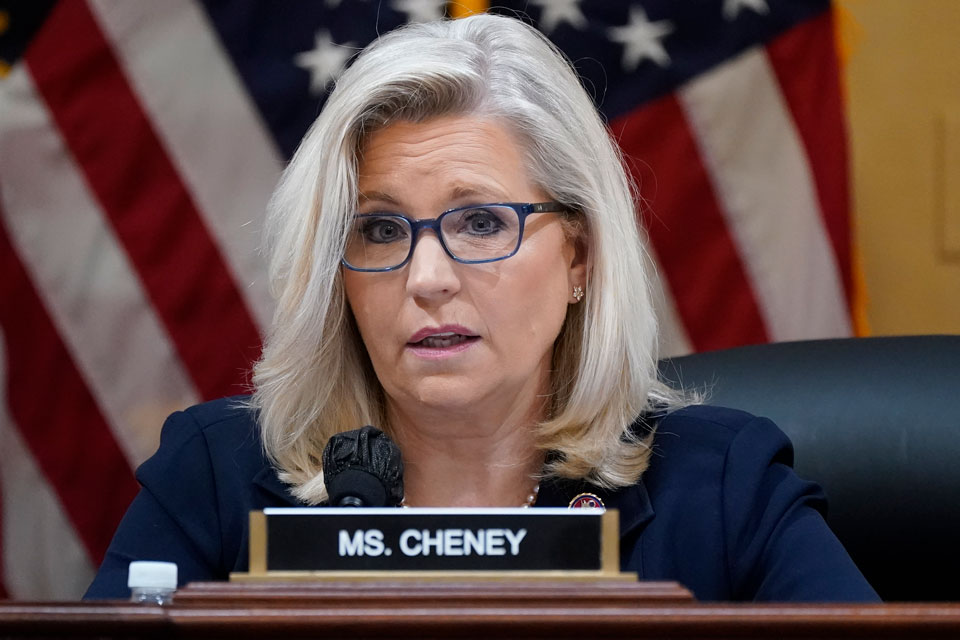 Vice Chair Liz Cheney, R-Wyo., speaks as the House select committee investigating the Jan. 6 attack on the U.S. Capitol holds a hearing at the Capitol in Washington, June 28, 2022. The committee has announced more hearings in September, and investigations persist in multiple jurisdictions and venues. (AP Photo/J. Scott Applewhite, File)A look at what lies ahead:

In keeping with department protocol, federal prosecutors haven't said anything publicly about scrutiny of Trump himself.

Attorney General Merrick Garland told reporters Wednesday that “we do not do our investigations in public." But he left no doubt about the scope of the probe, calling it “the most important investigation that the Justice Department has ever entered into.”

He also said “no person is above the law” and vowed to hold wrongdoers “at any level" accountable as signs point to an investigation that is intensifying rather than winding down. 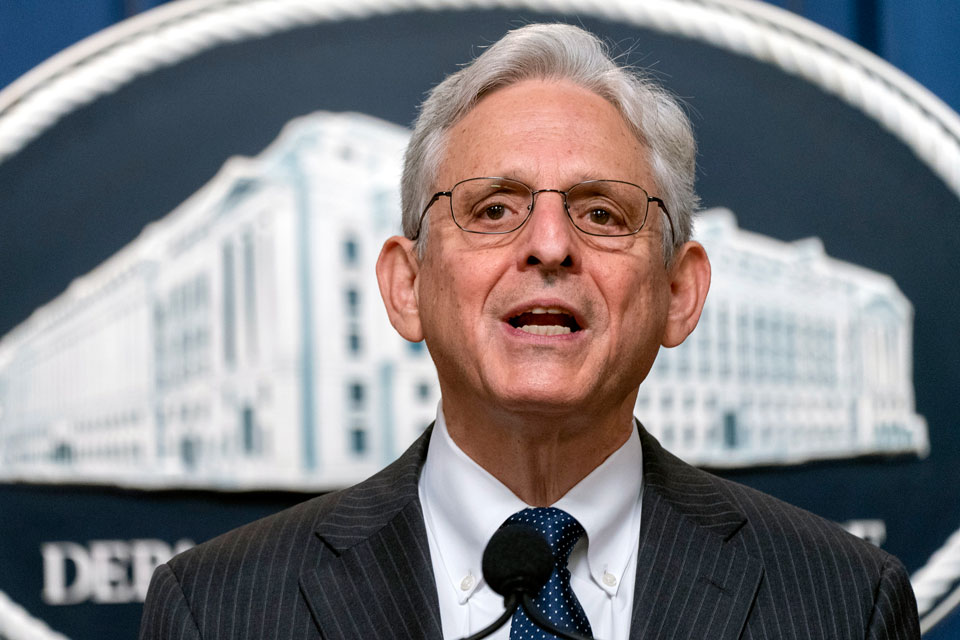 Attorney General Merrick Garland speaks during a news conference at the Department of Justice, June 13, 2022 in Washington. Garland told reporters Wednesday, July 19, that “we do not do our investigations in public,” and in explaining his silence on the question, called the Jan. 6 probe “the most important investigation that the Justice Department has ever entered into.” (AP Photo/Jacquelyn Martin, File)Officials have so far arrested more than 855 people in connection with the riot, and the work to identify those who broke into the building continues. Yet the investigation goes far beyond that, as prosecutors in recent weeks have made clear their interest in broader efforts by Trump allies to undo the election results.

Last month, the FBI opened a new front of investigative activity by seizing records from a group of Republicans who served as fake electors in battleground states won by Democrat Joe Biden. Trump and his allies pushed officials in those states to replace Biden's duly selected electors with ones who supported him as they advanced claims that his victory had been stolen.

As for Trump, who has repeatedly denied any wrongdoing, it remains unclear whether prosecutors might eventually seek to bring criminal charges.

Legal experts have said damaging testimony from the hearings, including the assertion that he sought to join his supporters at the Capitol on Jan. 6 or that he dismissed warnings that many had weapons, gives prosecutors territory to explore. Some have said his overall campaign to cast aside the election results, and his desire to interfere with the congressional certification of the count, could amount to a criminal conspiracy to defraud the the United States.

As Democrats pressure Garland to make a decision, he and his team say their decisions are based on the facts, the evidence and the law. There are other considerations, though, that could conceivably come into play even if prosecutors assemble strong evidence.

Any prosecution of Trump is likely to further inflame tensions in an already deeply polarized country. And if the former president were to soon announce another run for office, a decision to charge him could inject the department deeply into presidential politics.

The committee’s investigation isn’t over, and the panel plans to hold new hearings in September. Wyoming Rep. Liz Cheney, the Republican vice chairwoman, says the nine-member panel "has far more evidence to share with the American people and more to gather.” 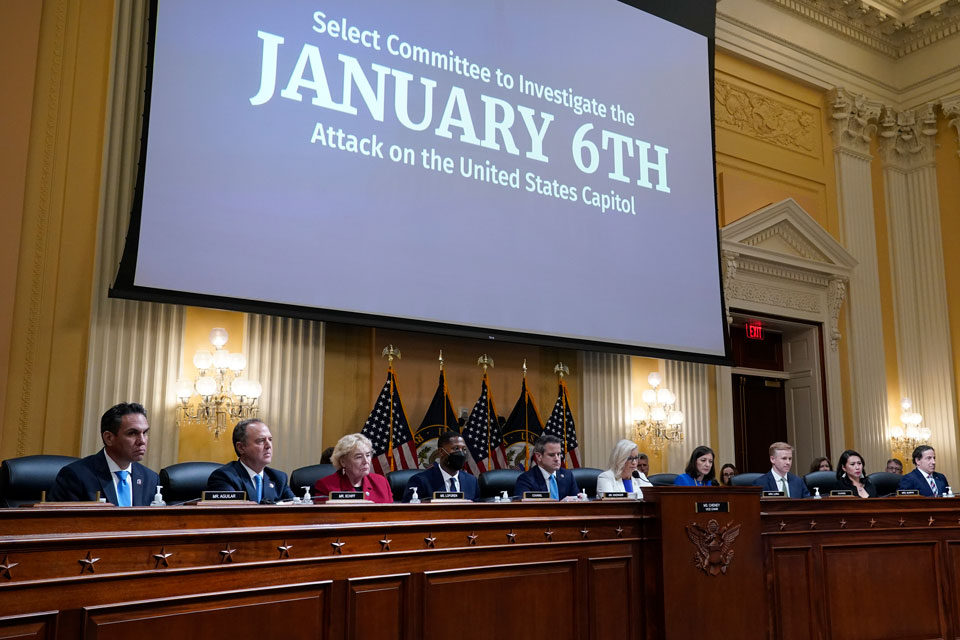 The House select committee investigating the Jan. 6 attack on the U.S. Capitol holds a hearing at the Capitol in Washington, July 21, 2022. The committee has announced more hearings in September, and investigations persist in multiple jurisdictions and venues. (AP Photo/J. Scott Applewhite, File)“Doors have opened, new subpoenas have been issued and the dam has begun to break,” Cheney said Thursday. “We have considerably more to do."

One major unresolved question is whether the committee will call Trump or former Vice President Mike Pence to testify. Members have debated whether to summon Trump, the main focus of their probe but a witness who has railed against the investigation, denied much of the evidence and whose credibility would be open to attack.

The panel could also invite Pence for closed-door testimony or ask him to answer written questions. Members have debated whether he is needed since many of his closest aides have already testified. His top lawyer at the White House, Greg Jacob, testified at one of the committee’s hearings in June and characterized much of Pence’s thought process during the time when Trump was pressuring him to try and block or delay Biden’s win.

Another timing factor: If Republicans take over the House in November’s midterm elections, the committee is likely to be disbanded in January. Its Democratic chairman, Mississippi Rep. Bennie Thompson, has said it will issue a report before the end of the year.

The committee is also expected to weigh in on possible legislative changes to the Electoral Count Act, which governs how a president is certified by Congress. A bipartisan group of senators this week released proposed changes to the law that would clarify the way states submit electors and the vice president tallies the votes. Trump and his allies tried to find loopholes in the law ahead of Jan. 6 as the former president worked to overturn his defeat to Biden. Pence refused to go along.

The inquiry that perhaps poses the most immediate peril to Trump is based in Fulton County, Georgia, where District Attorney Fani Willis has been investigating efforts by the former president to get state officials to undo his election loss by imploring them to “find” votes he — falsely — claimed had been stolen from them.

Willis has said she is contemplating subpoenaing Trump for his testimony, a move that would seek to force him to cooperate with a criminal probe even as he lays the groundwork for another run for office.

Prosecutors have already sought the testimony of several Trump associates, including lawyer Rudy Giuliani and Republican Sen. Lindsey Graham. They've also advised 16 Georgia Republicans that they are at risk of being indicted. Those Republicans signed a certificate asserting that Trump had won the presidential election and declaring themselves the state’s “duly elected and qualified” electors, even though Biden had won the state and a slate of Democratic electors had been certified.

The investigation’s scope includes a Jan. 2, 2021, phone call between Trump and Georgia Secretary of State Brad Raffensperger. During that call, Trump urged Raffensperger to “find” enough votes to overturn his loss in the state.

“All I want to do is this. I just want to find 11,780 votes, which is one more than we have,” Trump said during that call. “Because we won the state.”

Trump has denied any wrongdoing. He has repeatedly described his call to Raffensperger as “perfect.”