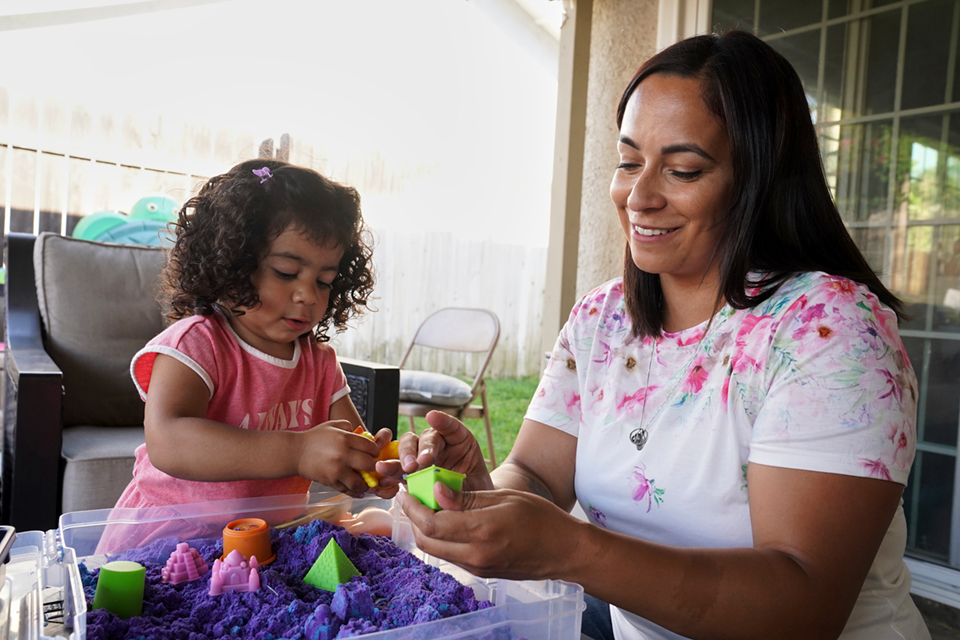 SACRAMENTO, Calif. (AP) — Parenting — that long chain of decisions that hopefully leads to a well-rounded adult — was always a little less stressful for Laura Guerra because her husband, Rigo, was “100% in it” for their daughter, Emilia.

But Rigo died from COVID-19 on Christmas Eve in 2020, alone in a hospital room while Guerra watched helplessly from the other side of a window. Since then, left to raise their now 2-year-old daughter mostly by herself, Guerra's mind hasn't stopped racing.

“I’m constantly thinking,” she said. “Every decision that I make, if I make the wrong decision, she’s going to suffer for it. And that scares the hell out of me.”

Now, California is using some of its record-setting budget surplus to help ease Guerra’s mind, and those of others like her. Last month, California became the first state to commit to setting up trust funds for children who lost a parent or caregiver to the pandemic.

The money — $100 million in total — will go to into interest-bearing accounts for children from low-income families who have lost a parent to COVID and to kids who are in the state’s foster care system. State lawmakers haven’t decided how much money each child will get, but one early proposal would give younger kids $4,000 and older kids $8,000. That would be enough to provide funding for about 16,000 kids, who could spend the money once they become adults.

“As a mom, this gives me a little bit of that security back,” said Guerra, who has been advocating for the trust funds as a member of the advocacy group COVID Survivors for Change.

“I don’t want her to continue to be a victim of this virus forever.”

The first U.S. savings bonds were introduced in the 1930s to raise money for the government and give ordinary Americans an opportunity to invest. Those bonds were nicknamed “baby bonds,” because parents would often buy them for their children.

These modern-day baby bonds are different in that, instead of being purchased by parents, the government gives the money to children from low-income families for free. Advocates have held up the idea as a way to help close the racial wealth gap between white and minority families, who were largely excluded from the federal wealth-building programs during the Great Depression.

Hillary Clinton briefly included a baby bonds proposal in her 2008 presidential campaign platform, and U.S. Sen. Cory Booker introduced a national baby bonds bill in Congress that has yet to pass.

The Washington D.C. City Council passed a baby bond program in 2021, committing to give low-income children $500 plus another $1,000 each year that their parents remain below a certain income level. Last year, Connecticut was the first state to approve a statewide baby bonds program — although it hasn't been funded yet.

The idea is similar to guaranteed income programs that give cash to low-income people each month with no restrictions on how they can use it. California has several such programs at the local level, modeled after high-profile demonstration project in Stockton that launched three years ago.

While guaranteed income programs are about helping people with short-term expenses, baby bonds are about the future. Children could not touch the money until they reach adulthood. During that time, the money would grow by collecting interest payments from a bank.

How much money they children will get depends on how long the account grows. For younger children, advocates hope they will have between $20,000 and $40,000 once they become adults.

“Income and wealth are different things,” said Michael Tubbs, the former mayor of Stockton who is now an advisor to Gov. Gavin Newsom and founder of the advocacy group End Poverty in California. “People should have the wherewithal to pay their bills today … but the next generation shouldn’t have to live paycheck to paycheck.”

California's baby bonds program is the latest in a surge of new spending aimed at combating poverty. Since 2018, California has spent $13 billion on an array of new laws and policy changes that have lifted an estimated 300,000 children out of poverty, according to a report released earlier this year by Grace, a California-based nonprofit.

That spending includes a $1,000 tax credit for low income families with young children, a universal school meals program, college savings accounts for low-income kids and a commitment to send every 4-year-old to kindergarten for free.

The group hopes California's baby bonds program is just a first step. Its goal is to eventually have the state give trust funds to every child in the state born into a low income family.

“The goal has always been, ‘How do we help best set up low income children for their future?' said Shimica Gaskins, president and CEO of Grace. “We had really relied on educational pathways, but also know that cash and cash assistance and opportunity are equally important.”

It's not clear if the Legislature would expand the program to include all children from low-income families. State Sen. Nancy Skinner, a Democrat from Berkeley and chair of the Senate Budget Committee, said lawmakers will closely watch the COVID survivor bond program to see how it works.

“The great irony of California especially, but the nation as a whole, is we have such wealth but it’s so concentrated,” Skinner said. “Whatever we can do that can address that income inequality is essential to do.”

The state treasurer’s office will manage the money in interest-bearing accounts. Once the recipients become adults, they can spend the money however they want. But advocates hope they’ll use it for things like a down payment for a house, college tuition or a car.

Guerra said she doesn't know how her daughter would use the money once she's old enough to spend it.

“I do whatever I can to steer her in the right direction and to make her a good human being, right?” she said.

For now, she's focused on making sure her daughter, Emilia, remembers her father. So far, her efforts appear to be working. 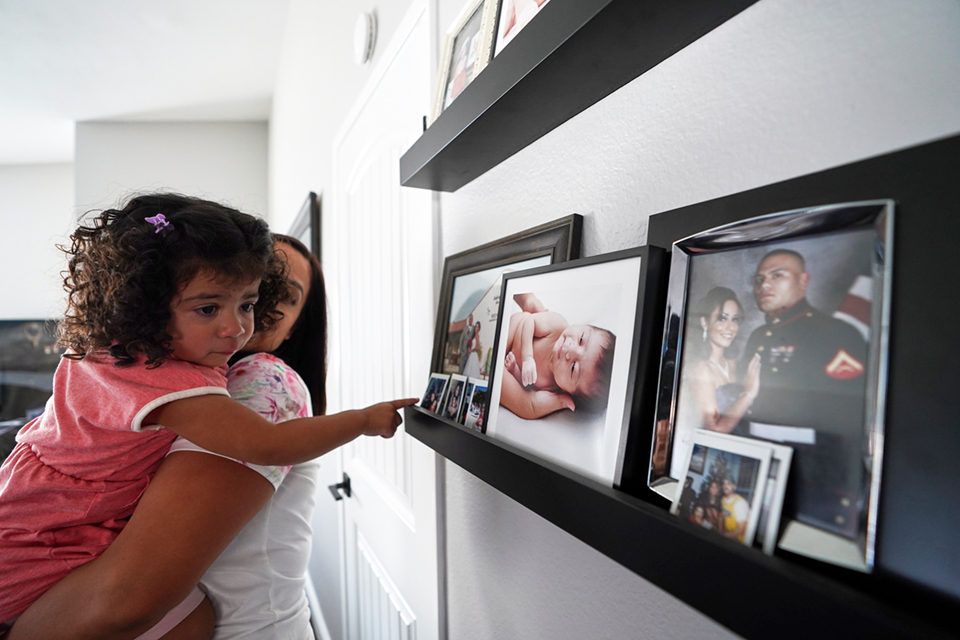 Laura Guerra and her daughter Emilia, 2, look at her father's pictures at their home in Riverside, Calif., on Monday, July 11, 2022. Rigo Guerra passed away on Dec. 24, 2020, due to complications following a monthlong battle with COVID-19. California has approved trust funds for some children from low-income families who lost a parent or caregiver to COVID-19. The Legislature set aside $100 million in the state budget to put into trust funds. (AP Photo/Damian Dovarganes)

Emilia Guerra sees her daddy everywhere. He's in the picture frames on the walls of her room. He's on the screen of her mother's phone. And he's in the recesses of her 2-year-old mind, showing his face to her in scattered moments across her bustling life.

“Randomly, we will be sitting somewhere and she says, ‘Hi Daddy!’” Guerra said. “I do tell her that mommy can't see daddy. But maybe she can.”