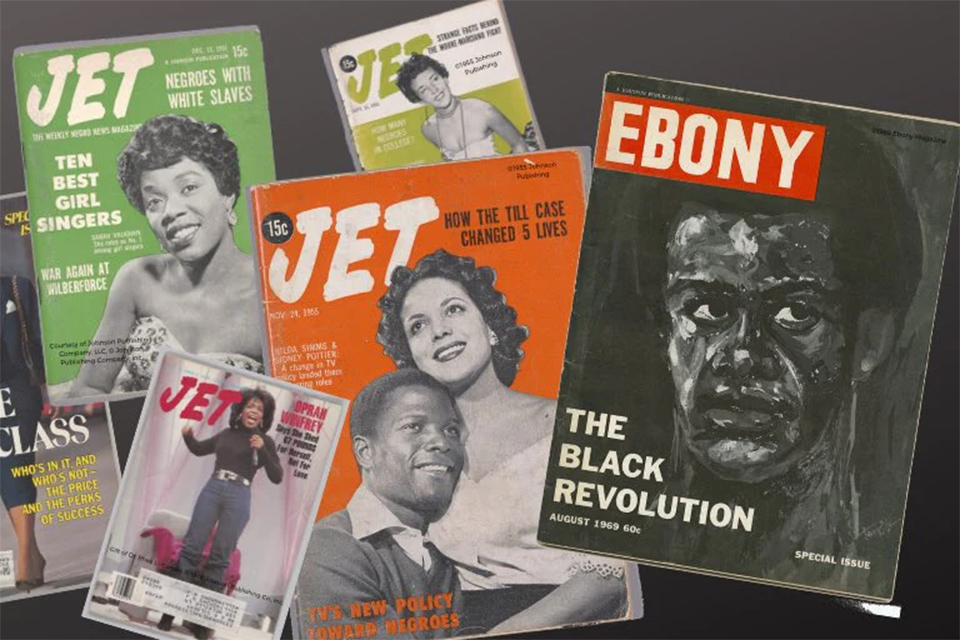 Getty has committed $30 million to digitize the archive!

The Getty Research Institute and the National Museum of African American History and Culture (NMAAHC) have acquired sole ownership of the historic Ebony and Jet photo archive, the Smithsonian reports.

Last week, it was announced that a consortium including the Ford Foundation, the J. Paul Getty Trust, the John D. and Catherine T. MacArthur Foundation, the Mellon Foundation, and the Smithsonian Institution have transferred full ownership of the Johnson Publishing Company (JPC) archive to the Getty Research Institute and the NMAAHC. The JPC archive includes images from historic publications Ebony and Jet and is widely regarded as one of the most important and “substantial collections of Black American culture in the 20th century.”

The archive includes more than three million photo negatives, 983 photographs, 166,000 contact sheets, and 9,000 video and audio recordings. Since Ebony and Jet were staples in African American homes, centered around the mission of increasing the representation of Black life in popular culture and media, the archive spans over seven decades. It includes moments from World War II through the Civil Rights Movement and the ever-changing dynamics of culture throughout the 80s and 90s. From photos of Dr. Martin Luther King and Malcolm X to Maya Angelou and Shirley Chisholm, there are a litany of Black influencers and everyday people featured in the archive.

The JPC archive is now jointly owned by Getty and the NMAAHC. The Getty Trust has made a $30 million commitment to processing and digitizing the archive to make it available and searchable for scholars, researchers, and the public, Getty making the images available in batches as they work through the process. Once ready, the archive will be housed at the NMAAHC in Washington, DC.

“For decades, Ebony and Jet documented stories of Black celebrity, fashion, and the Civil Rights Movement and provided an opportunity for African Americans to see an authentic public representation of themselves while also offering the world a fuller view of the African American experience. Our museum is proud that this significant and iconic collection of African American images will be housed in our museum and preserved for generations to study, observe and enjoy,” said Kevin Young, Andrew W. Mellon Director of the NMAAHC.

The archive was previously housed in Chicago at the JPC headquarters after the consortium acquired it. Started in 1942 during the Jim Crow era, John H. and Eunice W. Johnson grew JPC to become one of the most powerful Black-owned publishing companies in the nation. A Chicago-based team of archivists have already come together to begin assessing, cataloging, and digitizing. The consortium consulted with an advisory board of 11 experts to help decide the final housing of the archive and who should get stewardship over the collection. The advisory board then determined a plan of action for the long-term care of the catalog, outlining their recommendations for a "permanent home, curatorial planning, opportunities for partnership and community collaboration, and public and scholarly engagement." While most of the JPC archive will be moved to the NMAAHC, the portion that is vital to the history and culture of Chicago will remain in the city.

“The consortium is pleased to assure that this historic treasure is available to be viewed and studied in perpetuity. Both Getty and the Smithsonian have worked diligently for the past three years to safely house the Johnson Publishing archive, begin the digital archiving process and to plan for the archive’s future, so that these vital histories can be freely shared with everyone,” said Getty Trust president Jim Cuno.

No word yet on when the images will start rolling out, but we'll looking forward to seeing them showcased at the NMAAHC.