Dianne Anderson Special to the NNPA from the Precinct Reporter
Published: 26 April 2010 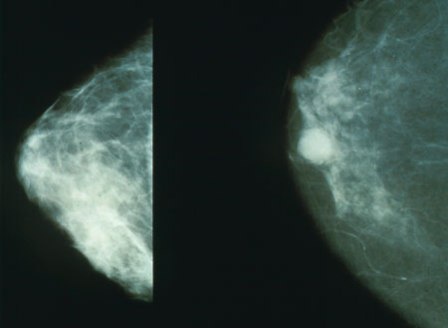 (NNPA) - Something once thought to be just a figment of African American imagination – racial discrimination at the doctor's office – might get a reality check soon in light of the new numbers.
That's the assessment of Georgetown University researchers, who found that Black women with sufficient health insurance and diagnosed with breast cancer had their treatment delayed twice as long as insured White women.
"We thought having health insurance would even the field and that insured Black women would have had the same rate of evaluation as insured White women, but that was not the case in our study," said Heather Hoffman, Ph.D., assistant professor of Epidemiology and Biostatistics at the George Washington University School of Public Health and Health Services.
Looking at 581 women with breast cancer examined between 1997 and 2009, researchers found that delayed treatment was greater for Black women, but at the same rate as uninsured White women, who faced similar delays.
The test area included seven hospitals in the Washington, D.C., and was funded by the National Cancer Institute.
"Black women should be the focus of breast cancer screening outreach and follow-up because they experience greater delays in diagnosis and in treatment than White women, regardless of insurance status," said Dr. Hoffman. "We need to determine what other barriers contribute to diagnosis and treatment delays in insured Black women and all uninsured women."
Elizabeth Martin, a "Reach to Recovery" volunteer for American Cancer Society, said the study rings true, especially in her own case, where she had excellent health insurance, but at a young 41 years old, her own diagnostic delay could have cost her life.
Back in 1998, she was told her first mammogram came back normal. A few months later, she felt the three small lumps, and basically brushed them off as a Black female problem of fibroid tumors, not to be overly concerned.
"They examined me and told me that African American women have dense breasts and are known to have a lot of fibroids so don't worry about it. At that time I always heeded my doctor's words so I didn't worry about it," she said.
But, as the months went by, the lumps got larger.
Later, she went in for an unrelated checkup and mentioned the lumps again to her doctor, who attributed the increased size of the lumps to water weight gain during her menstrual cycle.
In recent years, several scientific studies indicate that African American women are at risk of more aggressive cancer starting at an earlier stage. They are half as likely as White women to have breast cancer, but twice as likely to die from it.
Many months later, she brought up her concerns again with her internist on another visit.
"I said my OB/GYN told me not to worry about it and he looked at me and said, 'No, we're going to worry about it,'" she said. "He sent me to a breast surgeon for a biopsy and the rest is history."
After trailing the state, holding workshops, and listening to women's individual stories, she doesn't believe that her own experience is isolated. And she believes that women must fight for their proper healthcare if they feel that lump.
Today, Martin is the American Cancer Society's Regional Council Chair for the Border Sierra Region, covering San Bernardino, Riverside, San Diego, Imperial Counties. She also goes into churches, wherever invited, to share her story and help other women in the community.
"My journey has empowered me to be my own advocate. My journey also proves that this article is truthful," she said.
By the end of this year, roughly 40,000 women are projected to die from breast cancer in the United States. At the same time, statistics show that women who catch their cancer early will have a 98 percent chance of living past that critical five-year survival window.
For more information on free mammograms and cervical cancer checkups for women under and over 40, contact the Inland Agency "Every Woman Counts" program at 951-241-8723.
To reach out to churches with breast cancer information, contact Martin at qemartin@san.rr.com.
For more information, see the American Cancer Society at http://www.acs.com.