WASHINGTON (AP) -- The Supreme Court ruled Monday a group of African Americans did not wait too long to sue Chicago over a hiring test they challenged as discriminatory, freeing them to collect a lower court judgment.
It is the second time in as many years the high court has tackled discrimination in testing within the firefighting ranks. In a landmark case last year, the Supreme Court in a 5-4 decision said New Haven, Conn., violated white firefighters' civil rights, throwing out an exam in which no African-Americans scored high enough to be promoted to lieutenant or captain.
In Monday's unanimous opinion, Justice Antonin Scalia wrote for the court that the applicants' lawsuit over a city of Chicago test used to weed out potential firefighter trainee applicants was not too late.
"Today, the Supreme Court affirmed that job-seekers should not be denied justice based on a technicality," said John Payton, president of the 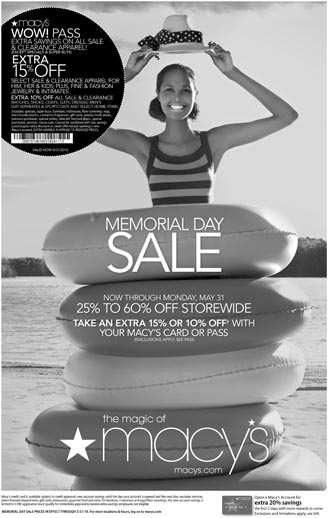 NAACP Legal Defense and Educational Fund, Inc., who argued the case. "This victory goes well beyond the immediate results in Chicago. It should ensure that no other fire department or employer uses a discriminatory test, and LDF will go the extra mile to make sure that they do not."
Anyone who scored 64 or below was deemed not qualified. But the city set a second cutoff score of 89 points.
Officials told applicants who scored below 89 but above 64 that although they passed the test, they likely would not be hired because of the large number of people who scored 89 or above. The majority of those in the top-scoring group were white; only 11 percent were Black.
People are supposed to sue within 300 days after an employment action they seek to challenge as unlawful.
The city says the clock started when it announced the use of the test scores on Jan. 26, 1996. The first lawsuit in the case was filed on March 31, 1997, 430 days after the city announced the results.
But the plaintiffs say a new act of discrimination also happened each time the scores were used in hiring firefighter trainees between May 1996 and October 2001.
A U.S. District judge agreed with the Black applicants. After an eight-day trial, the federal judge ordered the city to hire 132 randomly selected African American applicants who scored above 64. The court also ordered the city to count up the backpay and divide it among the rest of the applicants.
The 7th U.S. Circuit Court of Appeals in Chicago overturned that decision.
In Monday's high court ruling, Scalia said: "It may be true that the City's January 1996 decision to adopt the cutoff score (and to create a list of the applicants above it) gave rise to a freestanding disparate impact claim. ... But it does not follow that no new violation occurred -- and no new claims could arise -- when the City implemented that decision down the road. If petitioners could prove that the City 'used' the 'practice' that 'causes a disparate impact,' they could prevail."
City officials and business groups argue that the court's decision allowing the Black firefighter lawsuit and judgment will cause a host of legal problems for them, including opening them to lawsuits claiming unintended discrimination "for practices they have used regularly for years."
"It is not our task to assess the consequences of each approach and adopt the one that produces the least mischief," Scalia wrote. "Our charge is to give effect to the law Congress enacted ... Congress allowed claims to be brought against an employer who uses a practice that causes disparate impact, whatever the employer's motive and whether or not he has employed the same practice in the past. If that effect was unintended, it is a problem for Congress, not one that federal courts can fix."
The city's firefighter applicant test is now pass/fail, Chicago Mayor Richard Daley said.
"For decades we have tried to diversify the Chicago Fire Department," Daley said. "But at every turn, like most cities, we have been met with legal challenges from both sides. Still, this administration remains committed to ensuring that the department more reflects the racial make-up of the city."
Mara Georges, the city of Chicago's corporation counsel, said the city now plans to hire the would-be firefighters if told to do so by the appeals court, which has the case again. "We need some ruling from the 7th Circuit first," Georges said.
About 111 of the applicants would be hired, city officals say, because some members of their group have been hired through the regular hiring process. The city also estimates damages and pension obligations in the case could be as high as $45 million.
The case is Lewis v. Chicago, 08-974.