By Brian Stimson of The Skanner News
Published: 29 March 2010 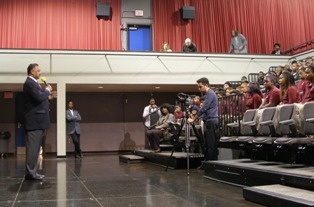 During his visit to Self Enhancement Inc. on Monday morning, the Rev. Jesse Jackson told reporters he was looking at a wide variety of social issues in Portland apart from police shootings. Jackson said he was also working with Bishop A.A. Wells to establish Portland and Seattle chapters of the Rainbow/PUSH Coalition, the reverend's national civil rights organization.


"We're meeting with local leadership and we're working on that today." He said. "The issues we face, the decline of urban transportation money, banks, foreclosing on houses, churches and student lending defaults, all these issues are connected."
Speaking to SEI students, Jackson told them to always try your best and to never cheat yourself from an opportunity in life. Throughout the day Monday, Jackson will be meeting with leaders and workers at Legacy Emanuel Hospital, as well as Transit Union leaders and church leaders to discuss ways to increase economic development. He is advocating for increased transportation funds to preserve and create jobs with public transportation.
"In every city you're cutting off train operators and bus operators," he said. "We need to lay new track. Americans can make that steel. … 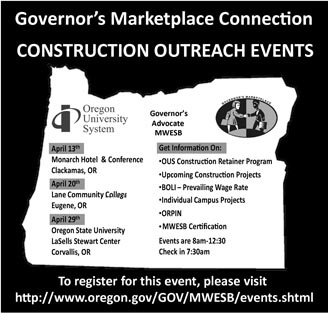 Americans can make those trains and buses."
Although Jackson is supporting those groups calling for police reform, he seemed to distance himself slightly from the events around recent police shootings, instead focusing on the bigger picture of a diverse workforce. When he was last here in February, Jackson focused on the January shooting of Aaron Campbell, an unarmed Black man who was killed by Portland police while having a mental health crisis.
"We're very concerned about the shooting. There's a culmination of unemployment, and lack of education and despair, and these shootings always trigger explosions," he said. "We must go beyond the shootings and look at the make-up of the police department and the fire department and all agencies of government to reflect the citizen population. Its White, Black, Asian, male and female. We're also concerned about equity and parity in every position in the state."
Jackson said he didn't feel like he was getting a response from city leaders regarding police violence.
"Because there's a reaction to another shooting," Jackson said. "That ties into equity and education and jobs. And when you think of 75 percent of young Black males getting expelled or suspended and dropping out of school, that's unhealthy. There must be some commitment to assess that. Those levels are of emergency proportion. We need to somehow collect those young people and through targeted learning they might become productive citizens, cause if not, they'll become jail bait."
Jackson will be holding a press conference at 3:45 p.m. at Emanuel Temple Church, 1033 N. Sumner St., after meeting with members of the Albina Ministerial Alliance.