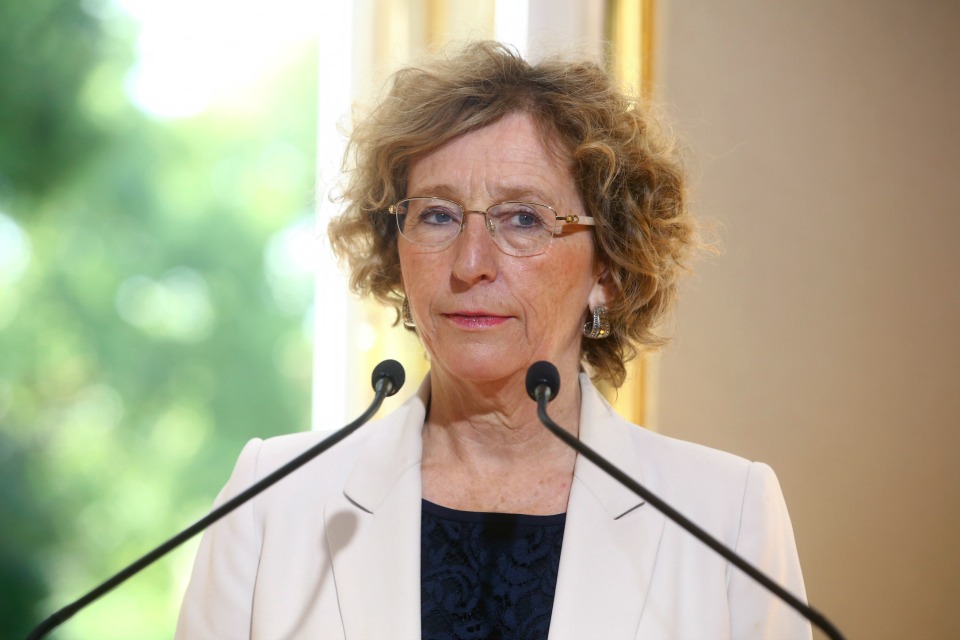 The measures meant to foster growth, reduce the nation's stubbornly high unemployment and revolutionize the way the French work will get a hearing in the streets, with two protests planned for September.

Overhauling France's complex labor laws, which authorities say have proved a hindrance to investors and employers, is part of a larger program by Macron to stimulate France's sluggish economy. The high-stakes move comes just as the new 39-year-old president's popularity is sinking. But plans to make the labor market more flexible were at the heart of his election campaign.

Opponents have feared changes will weaken France's hard-won worker protections that have become globally synonymous with the envied French lifestyle. Left-wing opponents fear the changes hand too much power to profit-focused bosses.

"Nobody today can seriously say that our ... labor law favors recruitment," Prime Minister Edouard Philippe said in unveiling the five measures. "The labor law as it is in our country is often perceived as an obstacle to recruiting, an obstacle to investment."

Even before the reforms were unveiled, the hardline CGT union called for a day of action Sept. 12, and on Thursday it encouraged retirees and students to join in. Far-left leader Jean-Luc Melenchon has called for another protest on Sept. 23.

One key measure proposed by the government trims the role of unions, notably in small- and medium-size companies — which the prime minister said make up nine out of 10 companies in France and are "at the heart" of the reforms "for the first time."

Another new measure caps the financial penalty for companies sued by dismissed employees, easing concerns of bosses who fear that firing has become too costly. The measure creates a scale of remuneration based on the employee's seniority.

Yet another change simplifies the departures of a group of employees if the company needs to adapt its staff, with direct negotiations with those leaving.

French subsidiaries of multinationals need no longer justify firings based on the international economic climate. If the company is performing poorly, it can now use France alone as its reference to justify the layoffs.

Labor Minister Muriel Penicaud said the reforms aim to not just change France's work rules but "to change the behavior of social dialogue in our country."

But the way the reforms are being enacted is also divisive — via a special procedure that avoids a lengthy debate in parliament. The draft reforms are to be presented at a Cabinet meeting Sept. 20, after endorsement by the Council of State, the nation's highest administrative body. They are to be ratified by the end of the year.

"All the fears we had are confirmed," said the head of the communist-backed CGT union, Philippe Martinez. "(It's) the end of the labor contract."

The head of the more moderate CFDT, Laurent Berger, said his union "is disappointed" but would not join in the September protest.

The union that represents small- and medium-size businesses praised the measure that allows for negotiations with employees' representatives — not unions — calling it a "major advance" for social dialogue.

However, the main employer's union in France, MEDEF, called the changes "the beginning of an interesting reform" that will need vigilance as the measures are put into practice.

France's conservative party, The Republicans, said some measures will help simplify life for companies, but questioned whether the package had the sweep to "relaunch investments and jobs in France."

Foreign investors and France's European neighbors were watching Macron's plan closely. France is the No. 2 economy in the 19-nation eurozone, but its chronic 10 percent unemployment has long weighed on the region's growth. Partners have repeatedly called on France to reform its job market to boost Europe economically.

"We must see things as they are: We are the only major economy of the European Union which hasn't vanquished mass unemployment in more than three decades," Macron told the newsmagazine Le Point.