Everyone Should Have an HIV Test at Least Once: They Are Free and Anonymous

We asked Michael Anderson-Nathe, director of prevention and education at Cascade AIDS Project, and Kim Toevs, Multnomah County manager for HIV, STD and adolescent health, to tell us what everyone needs to know on World AIDS Day, 2012. 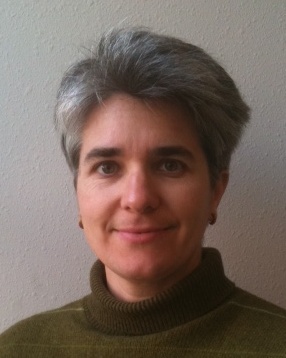 Q. What does Multnomah County look like on World AIDS Day 2012?

Kim: The epidemic is not over. More than 5,000 Oregonians are living with HIV/AIDS, about 76 percent of them in the Portland metro area.

Michael:  Sadly, yes. Nearly 275 people are diagnosed with HIV in Oregon each year. Nearly 40 percent of them go on to develop AIDS within the first year because they delayed getting tested for the disease.

Q.  Why does the timing of the test matter?

Kim:  If you learn your HIV status, within the first few years, you can start early treatment. HIV medications now are very effective at keeping people from getting sick with AIDS-related illnesses. You'll live a longer, healthier life, and you'll also help keep your partner safer. A very important study last year showed antiviral drugs can reduce the risk of transmitting the virus to someone else by 96 percent!

Q. So why are people waiting to get tested? What's going on?

Kim:  Some people (including some doctors) think that the only people who need to get tested are individuals in "high-risk groups." Because of fear of judgments about sex or drug use, many people naturally hesitate to label themselves that way. Other people don't realize that their partners have HIV, and most often the partners themselves don't know it either. Some people presume they don't need an HIV test because their doctor has never suggested it. And some people have other pressing life issues that are a higher priority than seeking HIV testing at a special HIV test clinic.

Michael:  Stigma plays a major role here, and the more we can fight that stigma, the easier it will be for people to get tested.


Q. Who are we talking about here? Who is being newly infected?
Kim: We are seeing more infections in younger adults under age 25. African Americans and Latinos are more likely to get HIV in Oregon than non-Hispanic Whites. Men who have sex with men still make up a large portion of new infections. But almost anyone can get HIV— it only takes one sexual encounter or one time sharing syringes.

Michael: Every hour, every day. In 2011, 1.7 million people worldwide died from AIDS-related complications. People in Oregon still die from AIDS, especially those who haven't gotten any treatment because they never got tested. That doesn't have to happen.

Q. Last week, the U.S. Preventive Services Task Force, a group of doctors and scientists, recommended routine screening for all Americans 15 to 64, including pregnant women because early detection is so important. Is that even possible?
Kim:  Yes, but those of us in public health will need our partners like primary care doctors and insurance companies to accomplish this. The good news is this has already started in some emergency rooms where people are being asked if they want to get tested.

Q. Ok, I'm asking. How can I get tested?
Michael: It's easier than ever. You can ask your doctor, come into county clinic or Cascade AIDS Project testing centers for an an anonymous confidential test. Call the Oregon HIV/STD Hotline at 800-777-2437 or go to the Cascade AIDS Project's website to find testing sites. You can take a test in your own home. Tests similar to home pregnancy tests are now available in drug stores and online.

Q. Testing seems really scary. How do I deal with what I find out?

Kim:  Answers are just a phone call away. We have a confidential network you can call to ask about testing, a diagnosis, how to get medical care, health insurance, talk to partner or feel that you are not alone. We have a whole system and it does not depend on whether you have income or insurance. We're here.

Q. Kim, you've been working with newly diagnosed people for more than 20 years. What gives you hope?

Kim: We're at a moment of change - through early testing. Also, I'm hopeful seeing how much this community cares. On Thursday, Nov. 29, the board of county commissioners unanimously proclaimed Dec. 1 to be World AIDS Day in Multnomah County. I'm hopeful because we're in this together. And we're in it to win.

Q. Michael, what keeps you up at night?

Michael: Just as testing has become such a critical tool, state and federal funding is shrinking. We've just been told the state may not renew the contract for the Oregon HIV/AIDS hotline. This line has been the first point of help for so many Oregonians for nearly 20 years. Without the contract, the hotline may shut down. We know we can end this epidemic of AIDS. But we need the resources and political will to do so.
More in NEWS: One in Four New HIV Infections are in Youth