Majority Will Now Rule in US Senate 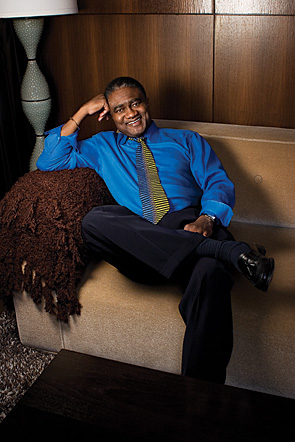 Although Democrats hold a 55-45 majority in the Senate, Republicans had been able to block many of President Obama’s court nominees and appointments by requiring a supermajority for confirmation. Now, however, senators can no longer filibuster nominees to executive branch posts or the courts, with the exception of the Supreme Court. Legislation can still be filibustered as well as other Senate actions.

More than 10 percent of federal judgeships are vacant. The number considered “judicial emergencies” has increased by 85 percent since President Obama assumed office in 2009, according to a report issued in October by Alliance for Justice, a federation of more than 100 organizations devoted to making sure the federal judiciary advances core constitutional values, preserves human rights and unfettered access to the courts, and adheres to the even-handed administration of justice for all Americans.

“Our data show that the overwhelming majority of the blame for this crisis rests squarely with Senate Republicans,” said AFJ President Nan Aron.  “Where there still aren’t nominees, it’s usually because Republican Senators are refusing to recommend qualified candidates to fill vacancies in their home states.  And where there already are nominees, Republicans continue their unprecedented ‘obstruction of justice’ by continuing to stall those nominees.”

“That’s no coincidence,” Aron explained.  “Republicans have cynically abused Senate tradition and refused to approve proposed nominees in their home states.  Without that approval – which requires returning a ‘blue slip’ – the Senate Judiciary Committee won’t hold a hearing on a nominee.  Then these same Republicans turn around and blame the president for not nominating anyone to fill the vacancy.”

The opposition to President Obama is unprecedented.

“Before Obama, 20 executive branch nominees were filibustered. Under Obama, 16 have been filibustered,” the Washington Post noted. “… If current trends continue, they say, it’s entirely possible Obama could end up seeing more of his executive-branch nominees filibustered than every other president in history combined.”

If Republicans could have their way, they would stall until the next president is elected, hoping that person will be a Republican.

The breaking point came when Senate Republicans blocked three nominees – Patricia Millett, Cornelia “Nina” Pillard and Robert L. Wilkins – to the U.S. Court of Appeals for the District of Columbia Circuit, which reviews many actions taken by the executive branch and is considered the second most powerful court in the nation. All three are imminently qualified and emerged from committee hearings unblemished.

Finally, Democrats went nuclear. Now, confirmation should be easier for Obama’s appointments to head the Department of Homeland Security, the Federal Reserve and the Federal Housing Finance Agency and other agencies.

In addition, the change gives Obama a better chance of making progress on issues he listed in his inaugural speech, including immigration reform, climate change, income inequity and gun violence.

However, this will not mark the end of Congressional gridlock. House Republicans appear to be still captive of the ultra-conservative Tea Party and their counterparts in the Senate are still intent on opposing Obama’s initiatives.

Even with the nuclear option, GOP Senators plan to actively oppose President Obama. That’s fine, but at least the minority will no longer be able to thwart the will of the majority.

Some Republicans say the latest move will make them less inclined to cooperate with Democrats. It’s hard to imagine bipartisanship being much lower than it is. This “do nothing” Congress has enacted only 49 laws, the fewest since such records were first kept in 1947.

And some Republicans, including Mitch McConnell, say they will change even more rules once they regain the majority. Majority rule is all Senate Democrats were seeking. They had been bullied long enough by the radical minority.