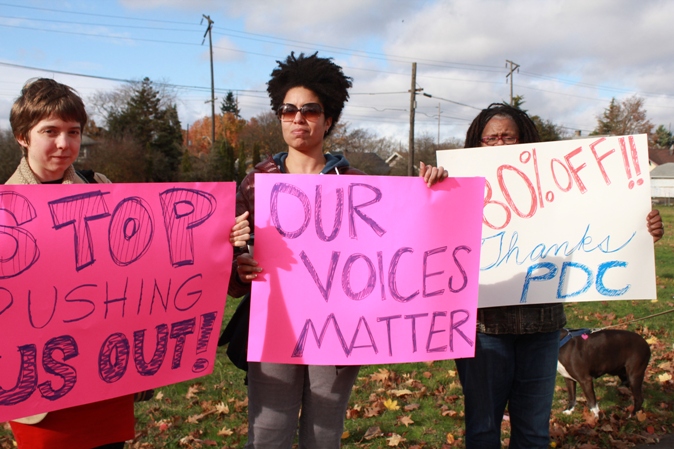 The National Association for the Advancement of Colored People supports policies and actions that ensure the political, educational, social, and economic equality and rights of all persons. The recent sale to Majestic Realty draws attention to a longstanding history of gentrification in N/NE Portland of which we share sentiments of unrest and uneasiness. Actions have not only been poorly conceived, lacking in adequate public participation, and have caused communities of color to be disproportionately displaced, but they have also been implemented in bad faith with written and implied promises.

The Portland NAACP has found that a deeper review of this transaction along with the City’s practice of systemic and historical gentrification - which has and continues to disproportionately impact and disenfranchise communities of color - is necessary to ensure that we address the full breadth of the issues at hand. This includes further research into the past and present role of the City of Portland and the Portland Development Commission in light of their implied, written, and adopted commitments and responsibilities.

We are very concerned about the lack of transparency, opportunities for involvement, and dismissal of public response pre-finalization of the sale of that parcel. We are also extremely disheartened by the fact that the land was sold for a fraction of what it is worth – 18 percent – while having declined valid offers from other developers from communities of color in years past.

An additional layer to the implied duplicity of these actions are the actions of the City in conjunction with a document published by the Oregon Bureau of Planning titled “Adopted King Neighborhood Plan”, that was re-adopted in July and September of 1993 by the Portland City Council – which reflected very specific promises made to the residents of the area at the time the plan was adopted.

We are in opposition to the Majestic Realty transaction and are working with our local and national partners on a targeted response to this incident and the repeated offenses of gentrification and racial displacement that historically has plagued development projects over the years.

Due to the magnitude of the situation and the historical context in which it has taken place, we feel that further conversation is critical in regards to this most recent action. As such, we strongly urge the City and the Portland Development Commission to suspend any further actions with regard to the development of this land, until all impacted parties have had a chance to be respectfully heard and the concerns of the community are adequately addressed and resolved.

We look forward to our continued work with concerned citizens, organizations, the City of Portland and the Portland Development Commission in implementing more positive cooperative development practices that better reflect the expectations of our community as a whole.”