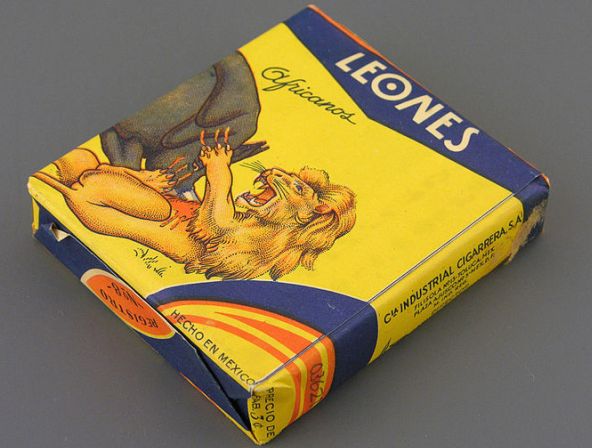 The U.S. Justice Department and the Tobacco-Free Kids Action Fund have reached an agreement with the four major tobacco companies that requires them to spend more than $30 million advertising with the three major television networks and run full-page ads in 35 White and Hispanic newspapers as well as purchasing space on their respective websites but not make a single purchase from a Black print or broadcast media company.

The 24-page proposed consent agreement, reached Friday, will go before U.S. District Judge Gladys Kessler in the U.S. District Court for the District of Columbia on Wednesday, Jan. 15, for final approval.

“We are shocked and deeply disappointed that the Justice Department, the Tobacco-Free Action Fund and the tobacco industry would all agree to sign off an advertising plan that totally disrespects the Black community,” said Cloves C. Campbell, chairman of the National Newspaper Publishers Association (NNPA), a federation of nearly 200 Black newspapers. “The industry’s past efforts to target African-American consumers have been thoroughly documented. It is sad that an industry that sought to exploit our community with a product that is harmful to our health now seeks to further devalue African-Americans by ignoring the Black media when it is being forced to atone what a federal judge determined was a deliberate effort to deceive the American public.”

Peter S. Hamm, director of communications for the Tobacco-Free Kids Action, said on Monday that the media outlets were selected by Judge Kessler and disclosed in an order issued Aug. 17, 2006. Hamm said he did not know how she determined what media outlets would be utilized to carry the newspaper ads and television commercials.

A telephone call Monday requesting comment from the Justice Department was not returned.

The story of the agreement was first disclosed by Target Market News, published by Ken Smikle. The Chicago-based publication said an advertising source placed the value of the total buy at $30 million to $45 million.

The advertising campaign, which won’t go into effect until all appeals have been exhausted by the tobacco companies, was agreed to as part of a settlement that found tobacco companies mislead the public about the dangers of smoking. The four defendants are: Altria, R.J. Reynolds Tobacco, Lorillard and Philip Morris USA.

The U.S. Justice Department filed suit against the cigarette manufacturers on Sept. 22, 1999 charging that they had violated the Racketeer Influenced and Corruption Organizations Act (RICO). They were found guilty at the conclusion of a trial that lasted from Dec. 21, 2004 to June 9, 2005.

Judge Kessler (pictured below) wrote a stinging opinion saying, that the case “is about an industry, and in particular these Defendants, that survives, and profits, from selling a highly addictive product which causes diseases that lead to a staggering number of deaths per year, an immeasurable amount of human suffering and economic loss, and a profound burden on our national health care system. Defendants have known these facts for at least 50 years or more. Despite that knowledge, they have consistently, repeatedly, and with enormous skill and sophistication, denied these facts to the public, to the Government, and to the public health community… In short, Defendants have marketed and sold their lethal products with zeal, with deception, with a single-minded focus on their financial success, and without regard for the human tragedy or social costs that success exacted.”

The judge prohibited the companies from committing similar acts going forward and ordered them to make “corrective statements” about the lies they had told about the dangers of smoking.

Kessler’s ruling was unanimously upheld March 22, 2009 by a three-judge panel of the U.S. Court of Appeals for the District of Columbia. On June 28, 2010, the U.S. Supreme Court declined to accept an appeal.

Carefully-crafted “corrective statements” that include the wording, placement and timing of TV commercials and the content, type and size of fonts to be used in newspaper ads were covered in the agreement reached Friday. The statements will acknowledge that the advertising is being done under court order and that companies had misled the public on the health effects of smoking, the addictiveness of smoking and nicotine and the health effects of secondhand smoke.

The companies will also admit that they falsely sold and advertised low-tar and light cigarettes as less harmful than regular cigarettes and designed cigarettes to enhance the delivery of nicotine.

Under the agreement, each company will decide whether to place commercials  on CBS, ABC or NBC.

“The TV spots will run a total of five times per week, subject to the availability of network time and upon approval of the network (s) on which the spots will air,” the agreement stipulates. “The five TV spots to be run each week will be run by each Defendant at its choice between 7:00 p.m. and 10:00 p.m. in the time zone in which the spot airs, between Monday and Thursday for one year.”

In the event the desired time slot is unavailable, the companies must continue to purchase spots until they have run the corrective statements at least 50 times and have aired a total of 260 spots.

For newspapers, the tobacco companies are required to purchase a full-page ad in the first section of the Sunday edition of each newspaper. Each ad will contain one of the five corrective statements in their entirety. The companies are also required to advertise on the newspapers’ web sites. Those same requirements will run in Spanish in Spanish-language newspapers.

The ads and commercials will state, “A Federal Court has ruled that Altria, R.J. Reynolds Tobacco, Lorillard, and Philip Morris USA deliberately deceived the American public and has ordered those companies to make these statements. Here is the truth:” Texts, of the corrective statements will then be provided.

It is ironic that the tobacco industry is bypassing Black media while complying with a federal order to disclose its deception when in the past it used the Black media to target African-American consumers. 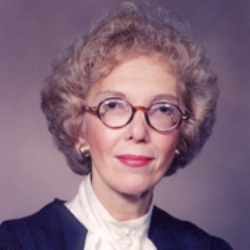 “The tobacco industry has gone to great lengths to target the African-American community over the past 30 years,” the Campaign for Tobacco-Free Kids stated. “Through market research and aggressive advertising, the industry has successfully penetrated this population. The industry’s ‘investment’ in the African-American community has had a destructive impact: African Americans suffer the greatest burden of tobacco-related mortality of any ethnic or racial group in the United States.”

The anti-smoking group also explained, “…There is compelling evidence that tobacco companies not only advertise disproportionately in communities with large African-American populations, they also create advertising specifically targeted to these communities. Cigarette ads highly prevalent in African-American communities and publications are often characterized by slogans, relevant and specific messages, or images that have a great appeal among those in the black community, or that depict African Americans in an appealing light. Contrary to how blacks are typically portrayed in the media, cigarette ads portray images of African Americans who are happy, confident, successful and wealthy, in love, attractive, strong and independent.”

The tobacco industry was among the first to make inroads into the Black community by contributing to Black causes and developing close personal relationships with Black leaders.

For example, A. Shaunise Washington, president of executive director of the Congressional Black Caucus Foundation, was Vice President for Government Affairs, Policy and Outreach for Altria. Prior to joining Altria, she was Director of Washington Relations for Philip Morris.  In addition to serving on the CBC Foundation’s Corporate Advisory Council, Washington was chairwoman of the CBC Foundation Board of Directors from March 2012 to February 2013.

“The health of the African American community has suffered disproportionately from the advertising campaigns of the tobacco companies, and Black owned media has been demonstrated to be the best way to engage the African American community.  Yet, now that the tobacco companies are being required to educate the public about the harm that tobacco products have caused, the companies and the DOJ have no plan to direct any educational advertising to our communities.”

Both Winston and Cloves Campbell said they plan to contact the Justice Department and ask it to direct tobacco companies to include Black-owned print and broadcast media in their public education buys. If that fails, Campbell said, NNPA will take stronger action.

The photograph at the top of the story shows a box of Africanos cigarettes, which were widely sold in Mexico.