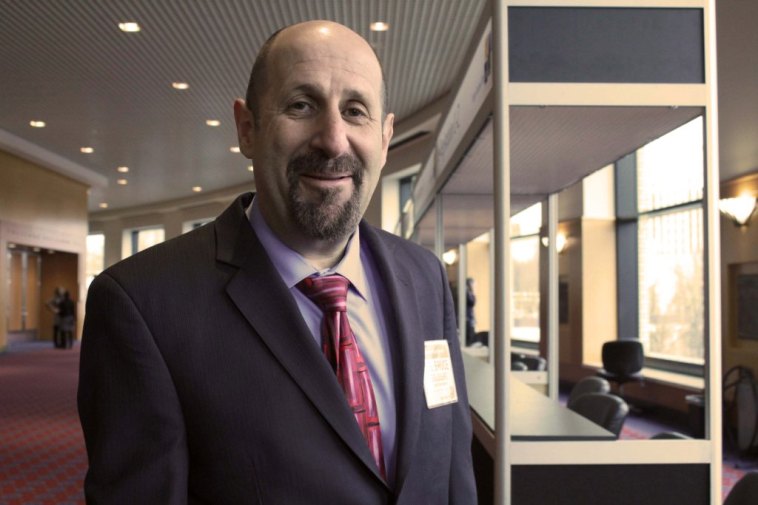 It is truly an honor to be part of this event.

As mentioned, I am currently serving as the acting director of Cover Oregon. A few months ago when Bernie asked me to speak about health reform, neither he nor I anticipated that I would hold this position.

So today I will speak about both Cover Oregon and Oregon’s health reforms.

But first, I want to say it is very personal for me, as I know it is for everyone in the room, to honor Dr. King and to reflect on his work and his legacy, and on what it means to us.

As a college student, a short four decades ago, as an idealistic young man…. with a full head of hair, I knew I wanted to build my career around doing something to improve people’s lives and to help forge a better world.

I landed in health care and have never forgotten the inspiration of Dr. King’s: “of all the forms of inequality, injustice in health care is the most shocking and inhumane”

Indeed, it is shocking and inhumane that for generations in our country – and in our state – there has been a great divide in health and health care.

On one side are those who have the security of adequate health care coverage. Those people who are able to see doctors and nurses when they need to. They know that if the worst happens – an accident or a serious illness – their families will have help and they will not face financial disaster.

On the other side of that great divide are people without health care coverage. Their lives are much less secure. They often forgo needed treatment and when they get seriously ill, it can mean financial ruin or worse.

We all know people who have been in this situation. We all do. They are our friends and family members. Their photographs are on change jars at the local convenience stores. They are the subject of prayers and pleas in our churches, our mosques and our synagogues.

This is a divide.

Another divide is that even for people who have health coverage, inequities persist. Some people are better served than others.

This inequity is heartbreakingly apparent in our health care system where the chance for a long and healthy life is affected by where we are born, the color of our skin, and the communities we live in.

The death rate due to diabetes for African Americans in Oregon is more than twice that of white Oregonians.

African Americans and Native Americans in Oregon have higher rates of hospitalization than others in our state.

Rural Oregonians have less access to primary care than other Oregonians.

Communities of color pay a heavier toll of unemployment and poverty and represent 40 percent of our Medicaid population.

But today, in 2014, for the first time in my career I can see that we are starting to close those divides.

Until last month, nearly 600,000 Oregonians did not have health insurance. Maybe they didn’t earn enough to pay ever increasing premiums. Maybe they had a pre-existing condition that kept them out. Maybe they were one of the tens of thousands of low-income Oregonians on the Oregon Health Plan waiting list, hoping to win the next open slot.

Due to President Obama’s health reforms things are changing. And thank goodness they are.

I remember well the morning of June 28, 2012. I was in the office early, on the phone with Governor Kitzhaber. We were both waiting for the Supreme Court ruling on the constitutionality of the President’s health reform act. When the news came through that the law was upheld, we were jubilant. It meant we could move forward with opening health care coverage to bring people in, rather than keep people out.

The president’s plan is simple in that it creates a bridge for people to walk across that divide. To go from being uninsured to insured. To go from uncertainty to security.

If you are a very low-income adult, you can now receive Medicaid.

If you are working but have never been able to afford private coverage before because you don’t earn enough, there are tax credits to help.

If you have a pre-existing condition and have been denied coverage in the past, you now have the access to the same coverage as everyone else.

And today, thanks to the President, the Governor and so many others, 180,000 Oregonians have health care coverage either through Cover Oregon or the Oregon Health Plan.

They are crossing the bridge over the great divides.

So let’s talk about Cover Oregon. That’s Oregon’s health insurance marketplace that has had a very difficult launch. This was a multi-year expensive technology project that hasn’t yet delivered. The plan was that on Oct. 1, 2013, we would be able to use an online tool to seamlessly fill out an application, learn what plans or tax credits we are eligible for, and enroll on the spot.

As you know, that isn’t what happened. And it’s been a disappointment for consumers, for the state, and for me.

Because here’s the thing: We have eleven health care plans that have joined Cover Oregon. We want people to be able to get to them.

Plans are competing on price and quality and we have some of the lowest rates in the country. In fact, earlier in the year we made headlines when some of those plans even requested that their premiums be lowered.

One of our new customers is Betsy, a 46-year-old entrepreneur who has arthritis, which means she spent anywhere between $300 and $600 a month for health care coverage. Betsy is now paying $100/month and says she has better coverage than her previous plan.

Ismael, a 25-year- old who can’t get health insurance through his employer, shopped for a plan with low monthly premiums, co pays and deductibles, and is now getting a $92 tax credit to help him pay for coverage.

We’re making improvements as we work to bring the full website live. In fact, most of our private health care coverage enrollments have been done online. And we are using the technology we invested in to calculate what coverage and tax credits people are eligible for.

The problem is that those two things are not connected yet. So we have a hybrid process: it’s both manual and automated

Part you do yourself - you can shop for a plan online and enroll online. Parts of it we have to do for you behind the scenes– such as calculate your tax credits. It’s not seamless and it can’t be done in one step.

We know and are responsible for the fact it has been difficult for many people.

I also know, and have heard from members of the community, how challenging this time has been. Our community partners, insurance agents and our insurance carriers have been on the front lines. The Urban League, the African American Health Coalition, local providers and clinics. You have been facing the frustration of people who had been expecting what was promised from our website.

I want to ask this of you – stay with us.

Over the next few weeks Oracle, our technology contractor, is entering intense testing on key areas of the system. When this is done we will have a better sense of when a fully functioning website will be available during the open enrollment period that ends in March. At the same time, we are working to improve this hybrid process and use even more of the technology so that the lack of a fully functioning website is not a barrier to coverage.

And we are also working on making sure that the investments that have been made are leveraged so they are not wasted. We are working to improve how we communicate with our customers and our community partners. That’s a top goal for me during the time I am at Cover Oregon and I welcome your ideas on how we can do better.

But I also want to talk about the other divide.   Just because people have coverage, in today’s system, it doesn’t automatically mean good health.

And that’s because we don’t have a health care system, we have a sick care system. This creates waste, inefficiency, and it leaves people without the services they need.

Mr. Davis is a 30 year old man living with schizophrenia who had been showing up at the ER some 40 times a year. But it wasn’t his mental illness that brought him to the hospital. It was asthma.

We don’t pay for health. There are no incentives for your providers to talk with each other about your care to keep you out of the hospital.

In fact research shows that some 30 percent of health care spending is wasteful and inefficient.

So a few years ago, under the leadership of Governor Kitzhaber and with the help of hundreds – actually thousands – of Oregonians in work groups and public meetings, we created a new way of delivering health care.

We call it coordinated care.

That means an emphasis on primary care, a focus on patient centered care; integrating mental and physical health care; having a plan to improve care for the 20 percent of the population with complex problems that drive 80 percent of the costs – people like Mr. Davis - and assuring that care is based on the best evidence and science.

Central City Concern runs the clinic where Mr. Davis gets care and they were an early innovator in delivering better primary care.

They wrapped a team around him.

They paired him with an outreach worker who came to his home if he missed a check-in with his care team. They worked with him to help him better manage his own health.

His health improved. He stopped calling 911. And the following year, the total cost of his care was 90 percent less than it had been two years before.

To implement coordinated care statewide, we started with the Oregon Health Plan and created what we are calling Coordinated Care Organizations or “CCOs.”

We received a waiver from the federal government to allow us to do this, some financial support, and signed an agreement that we would reduce the growth of health care spending in Medicaid by two percentage points per capita per year over the next five years and improve people’s health.

OK plain English….that means over the next 10 years we will save the state and the federal government 4.8 billion dollars AND, we will improve HEALTH.

We now have 16 CCO’s taking care of 95 percent of the people on the Oregon Health Plan and it is starting to show results.

ED visits are down 9 percent

Primary care visits are up 18 percent

Admissions to the hospital for such things as asthma, chronic lung disease and heart failure are down between 14 -29 percent

We are also for the first time, collecting and publishing health data broken out by race and ethnicity. If we are really going to reduce health disparities we have to be honest with ourselves and our communities – those disparities are as real as they are unnecessary. African American babies receive less well-child visits then the rest of the population. We cannot accept that. We must now work to change it.

And you can track our progress as we do so.

The number of uninsured in our state has been reduced dramatically and in the weeks and months to come even more people will have health care coverage through Cover Oregon, the Oregon Health Plan, and with private carriers.

And we are looking at how to improve the care everyone – everyone – receives.

We are not done. We have, in fact, just started. And we will keep pushing forward. Our vision is that everyone who needs health care coverage will have it and that the care they receive will keep them healthy, make them well, and allow them to be vibrant members of their community.

In Oregon, we are bending the arc to cross the great divide.

We are bending the arc.