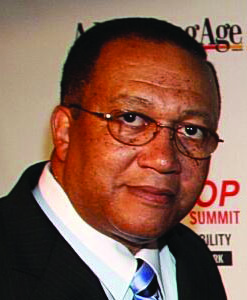 President Barack Obama will once again make national and international history when the White House hosts the first United States – African Leaders Summit on August 5-6.  In the 238-year history of the United States, no U.S. president has ever invited the presidents of each African nations to convene in Washington, D.C.

Announcing the purpose of the summit, the White House stated, “President Obama looks forward to welcoming leaders from across the African continent to the Nation’s Capital to further strengthen ties with one of the world’s most dynamic and fastest-growing regions. The Summit will build on the progress made since the President’s trip to Africa last summer, advance the Administration’s focus on trade and investment in Africa, and highlight America’s commitment to Africa’s security, its democratic development, and its people.”

According to the U.S. State Department, the upcoming U.S. – African Leaders Summit will bring the largest number of heads of state ever to be assembled in Washington, D.C. U.S. News & World Report cautioned about what it considered to be “Obama’s High-Risk Africa Summit,” noting, “The president is breaking tradition during a meeting with more than 50 African leaders.”

Gird yourself for strident attacks on President Obama because of this bold initiative on Africa. Instead of applauding this move to improve relations with the continent that is home to seven of the 10 fastest-growing economies in the world – Ethiopia, Mozambique, Tanzania, Congo, Ghana, Zambia and Nigeria.

Without a doubt, the summit is a positive step forward and a long overdue break with the past traditions and “benign neglect” policies of the U.S. toward Africa.

Interestingly, both China and Japan have already sponsored and financed successful African leaders summits.  Led by China, Asia is the biggest investor in Africa. What do Asians see or know about Africa that Americans appear to be so slow to grasp?  In fact China and Japan have made separate investment commitments to Africa that now total more than $60 billion.

In addition to bustling economies, Africa not only has the world’s largest supply of natural and minerals resources. Beyond the vast reservoirs and deposits of oil, gold, diamonds, platinum, uranium, copper, cobalt, iron ore, tantalum, tin and tungsten, the greatest natural resource throughout Africa is its people.

Even after centuries of oppression, slavery, colonialism, and neocolonialism, and other forms of massive economic exploitation, African people are resilient and focused on improving their overall quality of life.  There is an axiom that still holds true for Africa: As the cradle of civilization emerged from the heart of Africa, so shall the future rise of all of humanity.

The reality is President Obama is now attempting to lead the U.S. in a strategic effort to “catch up” with other global investors who are helping shape the future of Africa.  The return on these investments will be tremendous.  We need to find additional ways and means to ensure that unprecedented networking and new business development opportunities be also pursued by African American leaders and organizations during these summit meetings.

That is why we are sending out this action alert.  You need to know about this summit, not just a curious observer, but as a responsive and responsible grassroots activist or as a globally conscious entrepreneur.  Let’s continue to be change agents.  As we help Africa, we help ourselves, our families and our communities.  The U.S. – African Leadership Summit should be more than a “meet and greet” event.  My hope is that  President Obama will establish lasting and binding “empowerment” relationships and investments with Africa en route to freedom, justice and equality for all.

Benjamin F. Chavis, Jr. is president of Education Online Services Corporation and the Hip-Hop Summit Action Network and can be reached at: