Cowards with Blood on Their Hands are Perverting the Second Amendment 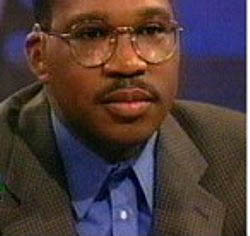 The body count continues to rise as the nation panders to gun zealots and allows the Constitution to be perverted. The family of 12 year-old Genesis Rincon of Paterson, N.J. made the painful decision recently to remove her from life support as she lay brain dead, the latest victim of gun violence. The young girl was shot in the head while riding her scooter home, another casualty of America’s failure to rein in the possession of firearms.

Just miles away in Newark, the family of another young lady, 17-year-old Chayenne Bond is devastated by her killing; she was accosted while walking with a friend and shot execution style after she was forced to get on her knees. Over the Independence Day weekend in Chicago, a city that has become our nation’s ‘killing field,’ gun violence swept through the city injuring 82 people and leaving 14 dead. Not all, but most of the victims are Black and Hispanic, and under 30 years old. Many of the dead are children, innocent bystanders who have been cut down while engaged in routine tasks. For many of our children life expectancy is now jeopardized by the simple act of riding a bicycle, walking through their neighborhood or sitting on a porch.

We are sacrificing a generation of children to our cowardly submission to the mostly racially fueled paranoia and explicitly political subversion of the Second Amendment. The defense of gun ownership as an absolute right based on an irrational interpretation of the Constitution has allowed firearms to be more numerous than textbooks in communities. The gun lobby successfully buys protection in Congress and then wraps their insanity in the American flag as the nation’s streets are transformed into rivers of blood. Gun control has never been about curtailing the rights of citizens who are hunters or firearms collectors, but a reasonable restraint upon the proliferation of guns in the hands of citizens with no need to be armed and criminals.

Political leadership in our nation’s capital, in states and cities has been complicit or impotent, despite the death toll and the tragic murders of children. The same politicians who pontificate that children are our nation’s future do nothing as our future is buried in cemetery plots. Meanwhile our national death lobby, better known as the National Rifle Association, purchases the silence of elected officials through campaign contributions and then feeds the paranoia of its mostly White membership by delivering racially coded messages suggesting America’s social order is at risk. By playing up the theme that ‘others’ are trying to take away their members’ rights, the NRA successfully stimulates White fear and insecurities, and by doing so gives license to the arming of America.

Mind you, the NRA’s sinister workings have White casualties, too, because in the long run the deaths of Whites by gun violence is simply viewed as the cost of doing business. We witnessed this after the Newtown Conn. tragedy when innocent children were slaughtered. In the midst of what should have been an opportunity to have an honest dialogue on gun control the NRA had the audacity to suggest that the way to prevent such tragedies was to have armed guards in schools.

The blood stain does not stop at the door of the NRA. It also marks the television, motion picture, video gaming and music industries, where gun violence is considered essential to the success formula. We have a generation of youth that have become infected by violence, bombarded by imagery that glorifies guns and makes death a transaction in a lifetime of dealing for status. The result is an environment where gun related crimes overwhelm communities and innocent lives like Genesis, Chayenne and Hadiya Pendleton of Chicago pay the cost.

The fact that so many young people are desensitized to death until the moment they stare in the coffin of a murdered friend is evidence that lives are now negotiated on a 24-hour basis. It’s why so many Black youth contemplate their own funerals because they measure their mortality in days, not years.

The flow of guns in our communities is purposeful and must be seen as weapons of mass destruction as intended by the gun lobby. More effort is put on stemming the flow of marijuana than enforcing gun laws and stopping the flood of illegal guns in cities. It is why New Jersey Gov. Chris Christie can veto legislation to limit the size of gun magazines; a move that only has relevance in the context of mass destruction in communities of color. Christie isn’t standing on constitutional ground; he is maneuvering for political advantage to fuel presidential ambition. Guns are simply the tools of population and political control.

Perhaps we should employ the tactics of the so-called ‘right-to-life’ lobby that uses pictures of aborted fetuses and start showing up at the offices of pro-gun legislators with autopsy photos of children killed by gun violence. The point is that we have been playing too nice as we bury our dead. We must expose those in Congress and the Supreme Court who are the tools of the gun lobby. Our murdered children deserve justice and we are the only ones who can secure it in their names.