Our Refugee Kids, Our Silent Parents 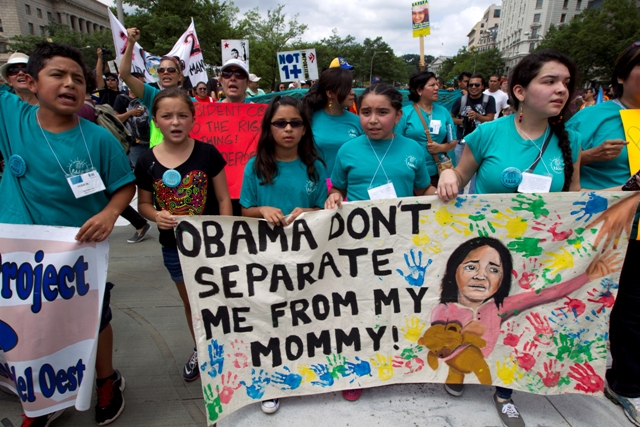 I’m not just a mayor. I’m a father. And speaking as a father,

I stand with Gov. John Kitzhaber and welcome these refugee children to Oregon.

Sending children back to failed states is unacceptable to me.

Last Friday I was in heaven. Okay, I overstate. But not a lot.

On that exhausted end of another River City workweek, I was before a Portland State U masters in teaching class. And that -- for me and for our 1-in-5 foreign born Portlanders – is heaven.

Great reverence we have, for our children’s and our grand children’s educators. We always have. From sending-countries once bullied into the Soviet Union; from Spanish-speaking communities stretching from the Rio Grande to icy Tierra del Fuego; from Arab-speaking nations that added algebra and astronomy to our classrooms; from vigorous East, West, and Central Africa; from chilly Manchuria to the steamy tip of Indonesia’s 3000-mile archipelago: We bring to America this reverence for our kids’ teachers. Sure we do.

For those thinking that love’s not enough – we also bring money. Boatloads of it. Latino Oregonians annually add $8.4 billion into our state's cash registers; Asian consumers contribute another $6.1 (Immigration Policy Center, 2012). As a former-immigrant teen, then as a Portland pop, now as an American grandpa, let me tell you how central “back to school” shopping is to Old World core values. To look good, to show proper respect to teachers. No overstatement here. Our children and their educators are Oregon’s future.

That Friday afternoon, we began our discussion with how schools might best engage their bashful newcomer moms and dads. But soon enough, conversation went to those Central American parents too terrified to keep their precious kids in their awful neighborhoods. To kids seeking refuge in River City.

We talked about wounded children who, in the words of Alberto Moreno, chair of the Oregon Commission on Hispanic Affairs, “We now need to thank for placing me and you in our role as parents, as capable and kind parents.”

Educators always go there. To the colors and cultural complexities of Oregon’s future. Our teachers need to hear that we have their backs – and when they ask, like every New American, I answer by leaning into our stubborn belief in this energetic nation’s ideals.

The opposite of publicly-affirmed social ideals, is also true. Everywhere. Their absence sanctions political leaders’ disengagement. And that sanctions the crazies and the cruel.

A generation of silence about what a kind and creative America must do about families fleeing failed states and cruel men, has in fact made the present monster moment possible. Since the days of East Coast native nations, conscientious settled Americans have affirmed, so that immigrants will reaffirm, another generation of living ideals. Of course we have.

This Friday, at the exhausted end of another River City workweek, our kitchen table of New American believers need to hear from our more settled neighbors. Our teachers do too. Indeed, our wobbly little world needs to know, on the matter of old school American values – we’re still good, right?