Blackonomics: When are we Going to get Tired of Abuse? 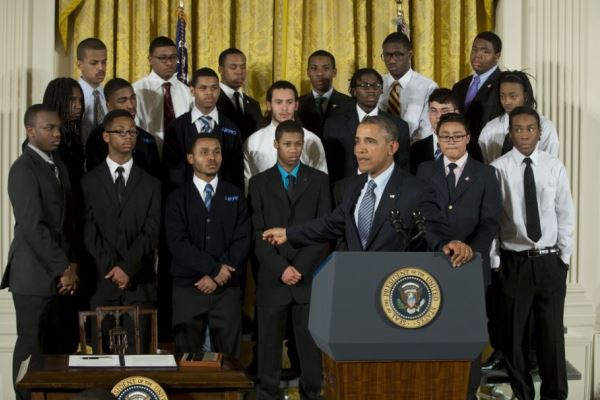 Blackonomics: When are we Going to get Tired of Abuse?

There comes a time in the course of human events for persons who have been mistreated to dissolve the political bands which have connected them with those who mistreat them. In the interest of self-respect and to claim the respect of others, after a long train of abuses, such persons have the right and the duty to throw off those who mistreat them and provide new guards for their future security. - The Declaration of Independence

This country was established on the simple facts that people were being mistreated, they were tired of it, and they were not going to take it anymore.

One cannot help but admire people who come to the end of their rope, defiantly proclaim the truth about their condition, and then do something about it. I long for the day when Black people finally get so tired of the abuse we suffer all over this country that we will decide to spend much more of our time, not trying to hurt someone else, but to use our resources to help ourselves.

Our plight is similar to that of the founders of this country. The big difference: They were fed up and determined to make a change; we are just fed up. They had to go to war, as we must do if we want change. Our war must be revolutionary as well, but it must be fought with dollars rather than musket balls. Our resolve must be the same as the Patriots. We must “admit” our problem and then “commit” to doing what we have to do to get what say we want. Why would we continue to hope and wish for change from people who have demonstrated no indication of their willingness to do so? Check out how Patrick Henry put it: “I have but one lamp by which my feet are guided, and that is the lamp of experience. I know of no way of judging the future but by the past. And judging by the past, I wish to know what there has been in the conduct of the British ministry for the last ten years to justify those hopes with which gentlemen have been pleased to solace themselves…” Henry knew he had to fight rather than hope and wish for change. He asked his compatriots what would make them believe their captors would change. “Is it that insidious smile with which our petition has been lately received? Trust it not, sir; it will prove a snare to your feet.” Patrick Henry continued, “They tell us, sir, that we are weak; unable to cope with so formidable an adversary. But when shall we be stronger? Will it be the next week, or the next year? Will it be when we are totally disarmed… Shall we gather strength by irresolution and inaction? Shall we acquire the means of effectual resistance by lying supinely on our backs and hugging the delusive phantom of hope, until our enemies shall have bound us hand and foot?” Henry reminded the people of their futile petitions, their arguments against oppression, their entreaties and supplications to the King. He reminded them of their demonstrations, their protestations, and their humility, all rejected by the power structure. He told them it was time to take things into their own hands and stop begging their oppressors to come to their rescue. He said, “There is no longer any room for hope. If we wish to be free… we must fight! I repeat it, sir, we must fight. Until Black people decide to fight against negative external forces and our own internal economic recalcitrance, things will not change.

If we do not act upon the historical juxtaposition of David Walker’s Appeal and Patrick Henry’s words, we are doomed to permanent underclass status. We must leverage our economic capacity against corporations that treat us like afterthoughts. And, we must combine our intellectual and financial resources to build our own political, economic, educational, and social independence. (Join the One Million Conscious Black Voters and Contributors movement by sending an email to info@iamoneofthemillion.com) Having written in this space for 22 years, I figured I’d let a White man do the talking this time. That way more of our people will listen and act; because if a White man called for a revolt, it must be all right for a Black man to call for one. So I leave you with Patrick Henry’s most famous words: “Why stand we here idle? What is it that gentlemen wish? What would they have? Is life so dear, or peace so sweet, as to be purchased at the price of chains and slavery? Forbid it, Almighty God! I know not what course others may take; but as for me, give me liberty or give me death!”   Jim Clingman, founder of the Greater Cincinnati African American Chamber of Commerce, is the nation’s most prolific writer on economic empowerment for Black people. He is an adjunct professor at the University of Cincinnati and can be reached through his Web site, Blackonomics.com.