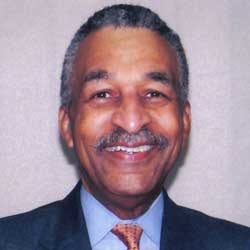 This is not a pipedream, folks. It can, should, and must be done. To make real progress, we must move beyond rallies, speeches, protests, philosophy, pontification, intellectual rhetoric without commensurate action, and mere symbolism without real substance.

Every rational person knows that at some point, everything we do to challenge injustice and to obtain the economic and political reciprocity we seek and deserve, will require money. Look at the amount of money spent on travel and accommodations to attend all the marches and demonstrations of the recent past. It would have been better spent on legal battles in the courts and placing initiatives on local ballots across the nation.

Who should fund the initiatives we take on to deal with inequities and unfairness against Blacks? Who should benefit from the dollars we spend to accomplish our goals? As Ken Bridges would say, “That be us, y’all.”

The revolution will not be televised, but it must be financed, and we should benefit economically from our expenditures and activities associated with our fight for freedom. Currently, our dollars are benefiting everyone else as we run for freedom, as we protest, as we demonstrate, and as we conduct our conventions and other meetings around the country. I recall how proud I was when I attended the Bring Back Black meeting, in 2007 at the Black-owned and operated Dudley convention complex in Kernersville, N.C.; a Black caterer prepared our food, and everything else that could be done with Black vendors was done. It was the same at our MATAH conferences from1998-2002.

Every convention cannot do that, but if we create conscious Black millionaires, some of them would do what the Founder of Compro Tax, Jackie Mayfield, did in Beaumont, Texas. He and Brother Yusef Muhammad built their own convention center. They are, indeed, conscious Black millionaires and, like others that I know, they are not only taking care of their families, they are also doing a great deal to help others, via business opportunities and philanthropy. Many are unaware that they helped Maggie and John Anderson in their efforts to get the Empowerment Experiment off the ground. No fanfare, just quietly and humbly paying it forward, the way conscious Black people do. Is Compro Tax preparing your return this year, or is your money going to one of those companies that do nothing for Black folks in return?

Imagine the progress we would make by creating millionaires like Jackie and Yusef. The good news is that we can do it merely by putting our financial support behind the efforts of a conscious brother or sister who have demonstrated a willingness to sacrifice and walk the walk when it comes to the overall empowerment of Black people.

Creating conscious Black millionaires is one of the objectives of the One Million Conscious Black Voters and Contributors Campaign. We know that simply by issuing a call for our members to purchase one pint of Ice Supreme from Ashiki Taylor’s company we would have a conscious millionaire. The same by buying one T-shirt from a Black company, one book from Rosie Milligan, one pound of Nefertiti Coffee from Roger Madison’s Izania marketplace, one product from Keidi Awadu or Bob Law’s Namaskar Health Foods, or even a couple of rolls of toilet tissue from Freedom Paper Company. C’mon y’all; this is not difficult.

Those folks will use their resources to assist us in our fight for empowerment. They will do it because their consciousness will allow them to do no less. Conscious brothers and sisters consider it their “reasonable” service to support one another, to contribute to one another’s causes, and to let their actions speak louder than their words.

We have created a lot White millionaires by buying their products. Don’t you think we should be able to look at their work and see a reciprocal benefit to Black folks? There should be some collective gain. Have they given us a return on our investment? Or, have they and their friends and families been the only ones to gain? Stop supporting shysters, hustlers, and hucksters.

Let’s use more of our money to create “conscious” Black millionaires. Imagine the possibilities. Go to www.iamoneofthemillion.com, sign up, and let’s get started.

Jim Clingman, founder of the Greater Cincinnati African American Chamber of Commerce, is the nation’s most prolific writer on economic empowerment for Black people. He can be reached through his website, blackonomics.com.