TPP: Americans Have Right to Know About International Trade Deal 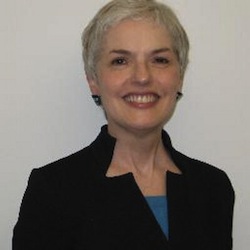 The President's pledge issued on his first day of office to usher in a "new era of openness" stands in stark contrast to his Administration's secretive approach to trade negotiations. Most alarmingly, the public has been denied critically important information on the Trans-Pacific Partnership negotiations while representatives from over 500 business interests have had direct access to the texts and the ability to influence the agreement.

The Administration has carried out the TPP negotiations behind closed doors for more than five years. In 2012, more than 20 organizations concerned with openness and accountability sent a letter to President Obama urging him to increase transparency in the TPP negotiating process. Now, on the eve of Labor Day 2015, U.S. workers and everyday citizens are still being kept in the dark as the TPP negotiations between the United States and 11 Asian nations are in the final stages.

Despite the fact that, if passed, the TPP would directly impact 40 percent of the world economy, labor unions and representatives have been shut out of the process. The issues negotiated also extend well beyond traditional trade matters, and will have a direct impact on the cost of prescription drugs, the state of our environment, and our government's ability to protect the public from tainted food.

The TPP process has failed to meet the most basic standards of transparency, and, indeed, has backslid in trade negotiation transparency. Even the Bush administration made public the text of the proposed Free Trade Agreement of the Americas. It is not coincidental that the FTAA ended up failing due to public pressure. In contrast, there has been no public access to even the most fundamental draft agreement texts and other documents related to the TPP negotiations. Nobel-winning economist Joseph Stiglitz has argued that these agreements have been carried out without input or accountability through democratic institutions.

Our lawmakers are permitted to view the text of the agreement, but can only bring staffers who have a security clearance and they are not permitted to take copies or even notes with them when they leave.

In March of this year, open government proponents sent another letter urging Congress to stop TPP fast track legislation. The letter called for new trade authority legislation to provide public access to draft trade agreement texts and U.S. proposals throughout negotiations, and to ensure that only agreements developed through such processes be allowed expedited congressional consideration. Nonetheless, the controversial fast track legislation ended up passing in June, giving unprecedented secrecy for trade deals through the TPP.

While the President has asked the public to trust his Administration to act in good faith, leaked parts of the text have at times contradicted the Administration's statements on the process. One of the leaks, for example, showed the U.S. proposed measures to empower corporations in their capacity to overturn domestic regulations, despite the public claim that none of the trade participants wanted to lower health, safety or environmental standards.

Other parts of the trade pact that have come to light have also raised alarm, such as the creation of private tribunals that would allow corporations to sue governments for obstructing future profits. AFL-CIO President Richard Trumka noted in March that this provision would tilt the playing field away from democracy, from workers and consumers, and towards big business and multinational investors.

Despite the popular demand for more information, the secretive TPP negotiations march on. Trade ministers met behind closed-doors at a resort in Hawaii at the end of July to finalize the terms of the TPP in the first formal round of talks since fast track legislation in June.

Negotiators fell just short of a deal in Hawaii, however. This creates the opportunity for the American public to demand our lawmakers and the Administration answer to issues of concern in the TPP. The Administration has the opportunity to provide the public with the most relevant draft agreement texts and other documents that other governments and hundreds of business representatives have already seen.

Public trust erodes when the government keeps its citizens in the dark about matters relevant to our health, public safety, and basic workers' rights. In the wake of the American Revolution, protests erupted after a copy of a secretly negotiated U.S.-British treaty was leaked to the public in 1795. Public anger was fueled by the belief that secrecy was being used to hide dark dealings, and the affair was emblematic of the early demands for information on issues that impact citizens' daily lives. As the TPP deal grows more controversial, the public has the right to know what is being negotiated in our name, but without our knowledge.
------------
McDermott is executive director of OpenTheGovernment.org and Franzblau is policy associate.