A New Breed of Bigoted Politicians 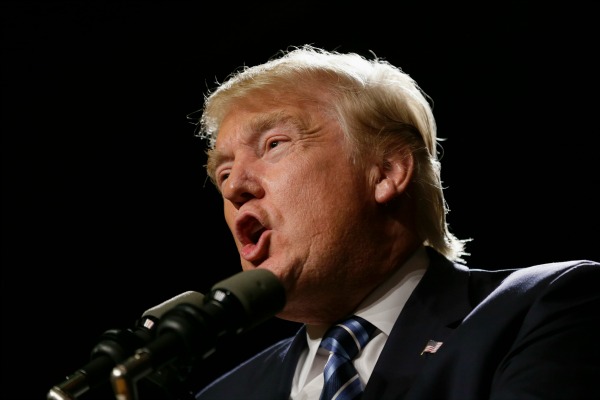 Among the many windswept cliffs that stand guard on the shores of the island of Okinawa, one is known for its particularly gruesome history.

“Suicide Cliff” is located on the southern portion of Okinawa. It is so named because thousands of Okinawans took their own lives at the site as American forces advanced across the island in 1945 during the last months of World War II.

Twenty five years later, flying low over cliffside memorials honoring the dead of various towns and villages who perished there, I was struck by the fact that so many people felt compelled to rush to their own destruction. I soon learned that for tactical reasons, and to further their own doomed war effort, the Japanese army had terrified Okinawan civilians with tales of extreme cruelties they should expect at the hands of the approaching Americans. The island’s people had their minds manipulated to the point that many chose to kill themselves rather than fall into the hands of a ruthless enemy.

Eventually, the people of Okinawa came to realize that these were “useless deaths” as the Americans turned out not to be the monsters portrayed by the Japanese army.

In the years since viewing this tragic site, I learned it is not unusual for people to be manipulated into a mass hysteria that makes them act against their own self-interest, or even to rush toward their own self-destruction. In this cycle of the U.S. presidential election, we have extraordinarily clear examples of the type of propaganda and demagoguery that leads to this type of madness.

Donald Trump is the poster child for destructive demagoguery. This bloviating bigot has pulled the Republican Party down to new lows and, in the process, dumbed down the national political discourse to a point where America is gnawing at its own flesh in an attempt to expel nonexistent horrors.

Echoing the likes of former Gov. George C. Wallace of Alabama and the two Virginia senators, Harry F. Byrd Sr. and Harry F. Byrd Jr., Trump feeds his followers platters of noxious vitriol that are devoid of facts. In addition to demonizing Latinos and “Black Lives Matter” activists, Trump, a privileged White man who inherited his wealth from his father, once declared that the Pequot Indians “don’t look like Indians to me.” This is a person who feels so entitled that he can determine what America is and who Americans are.

Like the thousands who followed a manipulative Japanese army to their hurried end on Okinawa, individuals who flock to Trump’s banner of bigotry and foolishness –eventually will see the senselessness of championing someone who makes extremely ill-considered pronouncements and whose campaign completely lacks sound policy ideas.

Fortunately for them, however, Trump will not be president of the United States. Unfortunately, however, other Republican presidential hopefuls are mimicking his audacious and bigoted posturing because his followers are giving so much credence to this cartoon of an ugly American.

Ted Cruz, Rand Paul, and Mike Huckabee may not be stoking the fires of the exact same bigoted causes, but they are ramping up their rhetoric to approximate Trump’s level of demagoguery.

Just as George Wallace and both Senators Byrd relied on a strategy of saying the “N-word” louder than anyone else, this new breed of bigoted politicians base their strategies on attacking liberal targets of opportunity with more vigor than anyone else. And while there are varying degrees of bigotry among the Republican field of presidential candidates, they all seem to be willing to have the country self- destruct rather than give in to its liberalization.

They ask conservatives to join them in opposing the multilateral nuclear deal with Iran, even though the sons and daughters of those conservatives might bleed on the battlefields of any ensuing war. And, of course, they oppose extending equal rights to the LBGT community, while many of their backers have family members and loved ones who are in the LBGT community.

They are urging their followers to go over the cliff and pull the rest of America over behind them.

For those of us who refuse to swallow the venom of the likes of Trump, Cruz, Huckabee and Paul, we have a pressing obligation. We must do all that is necessary to prevent the forces of self-destruction from taking hold. We must not allow a group of hysterical bigots to determine the future of America. We must stand against those who are taken by a type of self-destructive madness and would throw America over a political cliff to drown in a sea of hatred and despair.