Bill Fletcher: The Many Delusions of Donald Trump 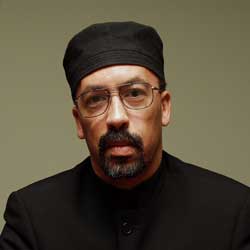 What do you say about someone who apparently sees things that do not exist? I have been asking myself that question while I have watched Donald Trump’s presidential campaign unfold. And, as taunts name-calling, and the lack of substance continue to define the tone of Trump’s campaign, I have wondered whether we need to think about Trump in a different way.

First, Trump has argued for a wall between the United States and Mexico to prevent Mexican migrants, who he contends are the major source of crime in the U.S., from entering this country.

In reality, the migration flow in recent years has reversed between the U.S. and Mexico, i.e., people are returning to Mexico.

Second, if Mexicans are the major source of crime, what does Trump have to say about Russian immigrants and the Russian mafia?

What about previous generations of criminal organizations that have been associated with immigrant communities, such as the Cosa Nostra (Sicilian and Italian), as well as Irish and Jewish mobs?

Why not expel all of them? Well, the Donald is silent on this. Besides racist, what does one call such a mischaracterization of reality?

A second example: Trump asserted—and repeated—that on 11 September 2001, masses of Muslims in the U.S. were applauding the terrorist attacks. No evidence—and I repeat NO EVIDENCE—has ever been found to back up his claim. Yet, Trump and many of his supporters continue to argue that they saw it. How is that possible?

The third example, and I simply have to bring this up.

Trump seized onto the so-called birther allegations against President Obama, suggesting that he is not a true citizen of the U.S. and, therefore, has been ineligible to be President of the U.S. Again, in addition to racism, what do you call someone who, despite all legitimate evidence, continues to assert something which is so obviously false?

This all reminded me of the “Flat Earth Society.” I have no idea whether they still exist, but during the 1960s this group, which believed that the Earth was flat, sent a congratulatory note to an orbiting U.S. space vehicle saying to them that while the Earth might look round, it was actually an optical illusion. Hmm...

So, the next time that you hear someone say that they support Trump because he calls it as it is, ask them about Mexican immigration to the U.S., Muslims celebrating 9-11, and his false citizenship allegations against President Obama and watch their response. If they tell you that it doesn’t matter, all that I can only suggest one thing...run.
——————————————————————–
Bill Fletcher, Jr. is a talk show host, writer and activist. Follow him on Twitter, Facebook and at www.billfletcherjr.com.

PHOTO CAPTION: Bill Fletcher wonders what you call someone who, despite all legitimate evidence, continues to assert something which is so obviously false?