Denise Rolark-Barnes (Chairperson of the NNPA) and Benjamin F. Chavis (President and CEO of the NNPA)
Published: 29 June 2016

Hundreds of newspapers have disappeared in the last 15 years and readership is on the decline. No newspaper is immune from the migration of readership to online platforms, dwindling ad revenues, fragmented audiences and even reduced attention spans.

Even national-recognized newspapers with celebrated histories like “The New York Times” and “The Washington Post” have retrenched in the face of these mounting economic pressures. Many regional and community newspapers – including some members of the historic Black Press - are barely hanging on.

The ramifications of this can be profound. Local publications have long served as the glue that binds communities together. They have served as the microphone for voices that would otherwise be marginalized and the spotlight on the stories that seldom make it onto the front pages of major newspapers and magazines. For African-American communities, the publications that make up the National Newspaper Publishers Association (NNPA) have served as that voice across the nation. 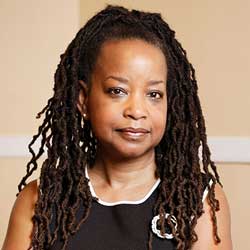 Denise Rolark-Barnes (Chairperson of the NNPA)Yet, we are being told that the silver lining is that journalism isn’t disappearing – and won’t be any time soon. Rather, it has just moved to an electronic form. Not only that, there are also more opportunities to tell more stories and express more opinions than ever before. Some have said that we should not mourn the loss of the local newspaper and that we should instead explore the myriad possibilities offered by the new media. Or so goes the mantra.

In reality, this upbeat vision obscures the threat that new media poses to community journalism. And that threat is coming from a most unlikely place – the popular social media platforms that so many of us love. Chief among them is Facebook.

Benjamin F. Chavis (President and CEO of the NNPA)Like many other publishers who have recently written on Facebook’s growing power over the media and what Americans read, we too are alarmed with one company having such dominance in news aggregation. Online hubs like Facebook are able to engineer which stories catch on. And they’re able to decide by algorithmic fiat, which bylines, viewpoints and subject matter is promoted to the masses.

This is a new kind of power. It is unlike any power a media company has ever had before. A study last year reported that Facebook drove 43 percent of all the traffic to the top 400 news sites. That’s almost half coming from one powerful source!

What’s more, we don’t know how Facebook’s operations work. The tech company isn’t transparent in its methods. So we don’t know whether the viewpoints of Black publishers are heard or if there is a bias against our views. Without knowing how Facebook’s “Trending Topics” or other algorithms are used in promoting stories, the owners of Black-owned newspapers, magazines and other media are left only to wonder why the stories our outlets produce are relegated to the margins – if they are acknowledged at all. Our readers are at the mercy of powers unheard and unseen as never before.

With 63 percent of Americans and 74 percent of millennials going to Facebook as their source of news, Facebook’s power is only likely to grow in the coming years. And there is something ironic about that. The mainstream media was once derided as unimaginative and monolithic, largely because it had long been dominated by three TV networks and a handful of newspapers in large cities. The Internet was supposed to change all that by bringing a diversity of viewpoints to the table. While this has indeed happened, the emergence of one or even a handful of powerful gatekeepers like Facebook raises profound questions about the nature of news in this country in the years to come. 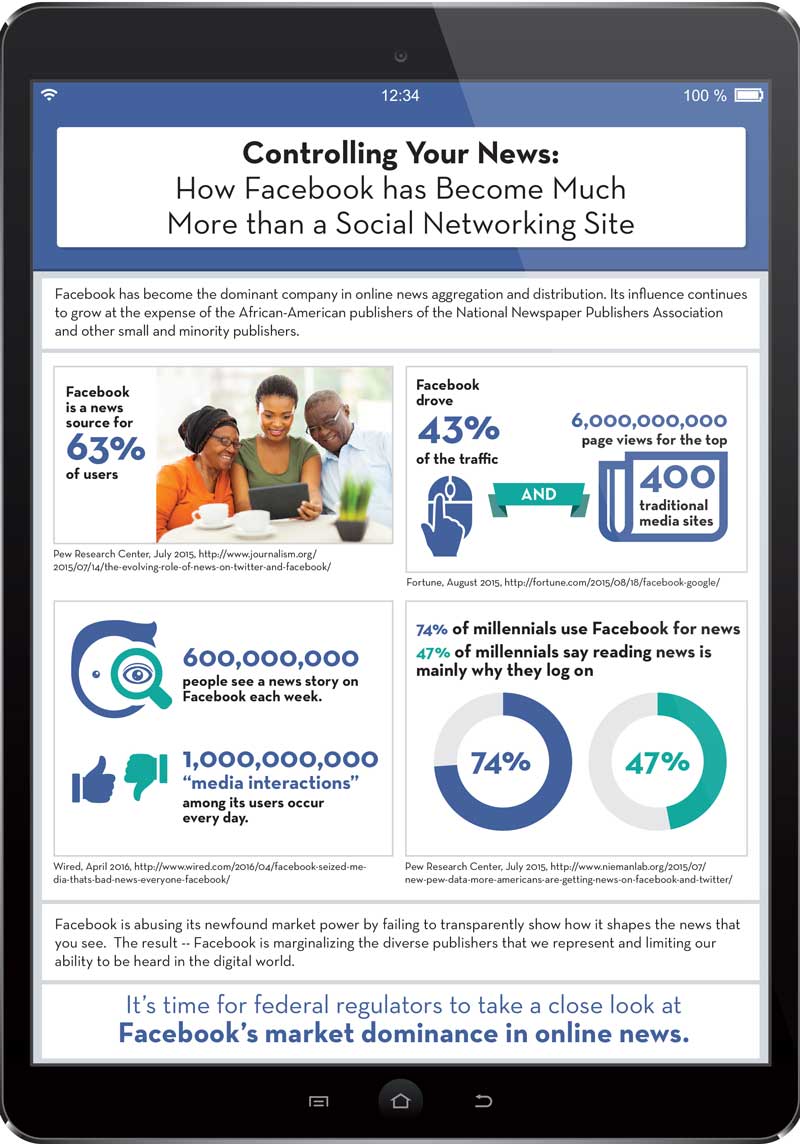 With so much power in the hands of one company, we risk surrendering our own decisions about what is or isn’t newsworthy to a gatekeeper who may someday push only stories it deems worthy. And that’s a troubling possibility that should worry us all.

It is time regulators took a hard look at Facebook and its news aggregation and promotion practices in an effort to bring some much needed transparency to the new media king. The democratization of the media could be on a collision course with decidedly anti-democratic and arbitrary forces. Think of the proverbial tree that falls silently in the forest because no one is there to hear it. Will Facebook have the power to allow entire forests to fall without much notice?

The National Newspaper Publishers Association (NNPA) is a trade group that represents more than 200 Black-owned media companies in the United States. As the largest and most influential Black-owned media resource in America, the NNPA delivers news, information, and commentary to over 20 million people each week. To learn more about the NNPA, please visit NNPA.org.