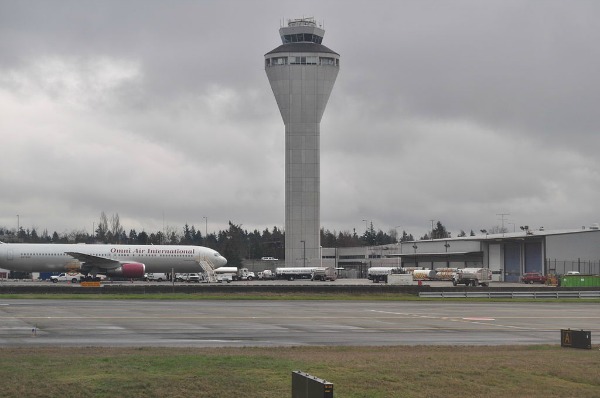 The Washington State Civil Rights Coalition (CRC), is a non-partisan coalition made up of over 30 statewide minority community leaders and organizations that works diligently to advance the causes and/or concerns of people of color in both jobs and business opportunities.

We, the CRC, are requesting that Air Projects consulting contract be frozen until a full investigation oftheir role to assist airport staff in terminating lease agreements with minority Airport Concessions Disadvantage Business Enterprise (ACDBE) is completed. Attached is an email thread from Alan Gluck of Air Projects to and from Deanna Zachrisson, a past airport employee.

Deanna Zachrisson, was the Airport Business Development Manager, Business Leader of Airport Dining & Retail and Airport Concessions Disadvantage Business Enterprise Liaison Officer. In compliance with the US Department of Transportation 49 CFR Parts 23 & 26, the Port of Seattle passed an ACDBEProgram Policy.

Under the ACDBE Policy Sections 23.1, 26.1 & 26.23, Deanna Zachrisson, became the ACDBE Liaison Officer “to ensure nondiscrimination in the award and administration of opportunities for
concessions” and to “create a level playfield on which ACDBEs and DBEs can compete fairly for opportunities for concessions”

Deanna Zachrisson and Elaine Lincoln were terminated for writing controversial and racist emails regarding certain Port Commissioners and ACDBEs.

An example of one email from Deanna Zachrisson described the man she was sitting next to as a "Gum chewing Rod.... thug."

Rod O'Neal is an ACDBE coowner of the Africa Lounge. He served two tours in Iraq as a Desert Storm military officer and was aformer law enforcement officer in Nevada. Because of this email and others it appears that Air Projects continued advising senior tenure airport staff on policies to remove minority firms from the selection process. This impression is apparent in the last round of Request For Proposals (RFP's), no ACDBErequirements were even recommended.

In closing, The Air Projects email string to Deanna Zachrisson appears as a conspired plan to remove ACBEs from airport retail locations and became the foundation for discrimination lawsuits against the Port of Seattle who spent over $1,3000,000.00 of tax payers money fighting three minority ACDBEs from October, 2014-April 19, 2016.

The airport staff was aware of community testimony for inclusion of DBEs over the past several years and did nothing to comply with the spirit of the ACDBE Program Policy. We believe Air Projects has successfully assisted the Sea Tac Airport staff to develop a platform of Economic Apartheid by denying the inclusion of minority businesses (ACDBE) therefore Air Project consulting contract should be immediately frozen until an investigation is completed.