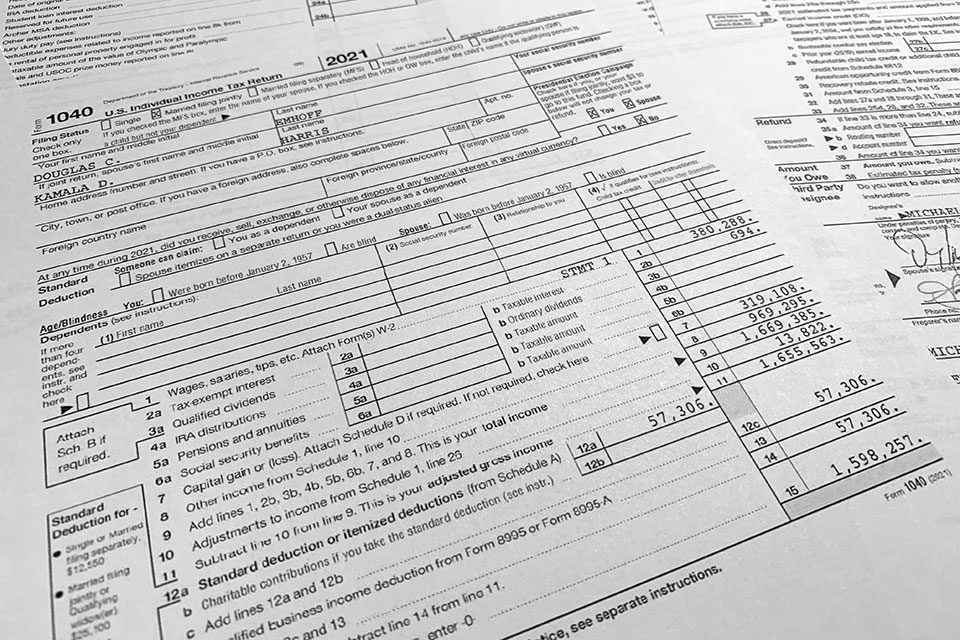 Show of hands--who loves paying their federal taxes? No one?

OK, let's hear why not. Warning: I'm going to fact-check you.

Rancher: My taxes go to support welfare mothers and I work for a living. It's not fair.

Fact-check: First, thank you for your hard work. In truth, however, just eight percent of our income taxes go to the social safety net for people in poverty and many of the recipients are poor rural working folks. And let's be fair, farm subsidies, including cattle ranchers, could be considered another form of welfare, that is, pay for no work in many cases, given out in massive amounts above and beyond any other administration by Trump, seemingly to consolidate support from rural voters.

Senior citizen: My taxes go to support education but my kids are all adults. Why should my taxes support other people's kids?

Young single person with no kids: My objection exactly!

Married couple without children: We decided not to have kids, so this is our protest too.

Fact-check: Fair enough. I suppose we could eliminate education from the federal budget. That would lower your income taxes by approximately three percent. While we are at it, perhaps we should eliminate the portion of the taxes that go to things many people never use? There are millions of Americans who oppose vaccines, so perhaps no funding for them. Millions of Americans do not fly, so why make them pay for the Federal Aviation Administration's $18 billion? We could go on...

Veteran: I served, so why should I pay taxes when others didn't serve?

Fact-check: Good question. We do have to acknowledge that the military budget is huge, by far the largest government agency funded by our income taxes, with about 22 percent of your tax dollars paying for the current military and another 15 percent paying for a combination of the national debt due to military spending and veterans' benefits. And others serve as well, wouldn't you agree? The dangers you faced were terrible, as shown by the 18,571 active duty military who died between 2006-2021. Domestically, those numbers are only rivaled by delivery drivers, although in terms of fatalities per 100,000 workers, loggers have a far more dangerous job than military members or police.

Fact-check: Yeah, the rest of us underwrite your lavish lifestyle. Across the board, the very wealthy pay just 8.2 percent income taxes, but Jeff, we know you're trying to humble brag about your amazing scam, so we looked into it and you paid a bit less than one percent tax rate, not zero. Of course the average taxpayer, whose income actually decreased during the last portion of the Trump years, is stuck at around 14 percent, nearly double what most rich people pay.

Right-to-Lifer: I object to my taxes being used to slaughter babies.

Fact-check: Well, again, fair point. In this case, to remedy that objection, we would need to eliminate the Pentagon budget. The civilians, including babies, killed by US military actions in the Global War on Terror amount to at least 387,000 people, and that doesn't count the civilians killed by other militaries we subsidize and supply, such as Saudi Arabia and Israel.

OK, I know everyone's happy now! Get back to work!

Dr. Tom H. Hastings is Coordinator of Conflict Resolution BA/BS degree programs and certificates at Portland State University, PeaceVoice Senior Editor, and on occasion an expert witness for the defense of civil resisters in court.