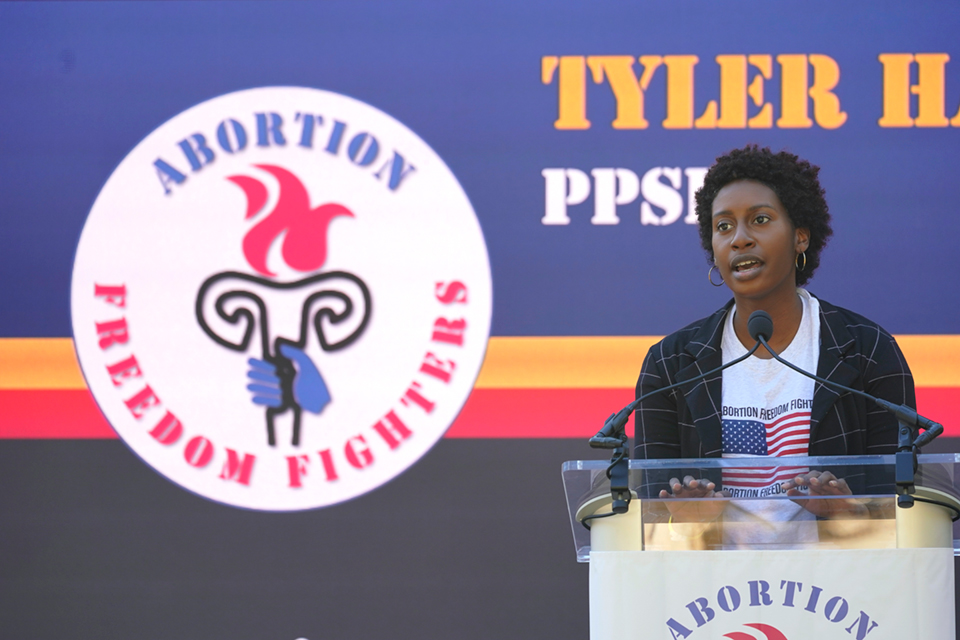 Exacerbated by the news that this summer the Supreme Court is poised to overturn a half a century of precedent by declaring Roe unconstitutional, men must leave the sidelines in this national reproductive rights emergency. The stakes are too high to simply declare that abortion is a “women’s issue.”

For decades, men in increasing numbers have followed women’s lead in challenging gender-based violence and promoting gender equality, so why are we stuck when it comes to abortion?

Men must understand that denying access to safe abortion is a form of gender-based violence. Controlling women’s reproductive choices is state-sponsored control over a woman’s body. If we speak out against all other forms of violence against women, we should speak out against this form of violence, too.

Nevertheless, for many men who believe in gender equality, myself included, there’s been little of a consistent, sustained, male prochoice effort. We heard the maxim, “women’s bodies; women’s choices” and vigorously nodded. Then, many of us backed off from actively working to protect Roe, believing we could always reengage if circumstances became dire—if Roe was being threatened, right? Well, what the hell are we waiting for?

From Texas’s 2021 abortion ban after six-weeks (before many people know they’re even pregnant), to a similar law enacted in neighboring Oklahoma this spring, every woman’s autonomy is being threatened.

Most Supreme Court observers were convinced that the Court’s ultra-right majority would overturn Roe; the leaked draft of the opinion in Mississippi was not a surprise. Still, men have to make our voices heard, unambiguously, that we stand with women—our partners and wives, sisters and daughters, cousins and aunts—in challenging the ruling. As an organized voting block, men have a key role to play in ousting antichoice legislators and electing prochoice candidates. Men need to step up and join the struggle.

A decade and a half ago, before the 2006 mid-term elections, I was among volunteers who went door to door across South Dakota canvassing to overturn what was then the most restrictive abortion ban in the nation. For weeks, our prochoice squad crisscrossed the state.

I stood on residents’ doorsteps on leafy streets in small Dakota towns explaining why I’d come all the way from Massachusetts. “I have a son, 18, and three daughters all in their twenties,” I’d begin. “Imagine if even one parent in South Dakota had a daughter who’d been raped and became pregnant. Must that family follow a law that forbade the young woman from aborting the rapist’s child? One that compelled her to bear his baby?” Often enough my comments struck a nerve.

We won that battle (55 to 45 percent) and South Dakota’s law was overturned by the will of the people. Nevertheless, vigorous efforts to restrict a woman’s right to choose continue unabated to this day, not just across South Dakota, but in dozens of other states as well. Trigger laws are poised to go into effect the moment Roe is overturned, banning abortion outright in a large swath of the country.

“The idea that threats to women’s reproductive freedom are also an issue for men is too often, if mentioned at all, seen as an afterthought,” says antisexist educator, author and filmmaker Jackson Katz.

“This has to change. Liberal and progressive men need to hear loud and clear that their support for women’s right to comprehensive health care services—which includes access to safe, legal abortion—needs to be an absolute first-order priority, because without it there is no gender equality. And without gender equality, there is no real democracy.”

With the flames of intolerance growing like a western wildfire that’s scorching our sisters’ homes, men must join the bucket brigade to put out the fire. Now!

What can men do?