By Brian Stimson of The Skanner News
Published: 25 February 2010 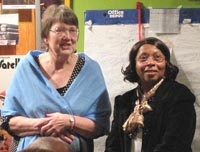 For many African Americans living in Vancouver, their roots in this community go back to the Kaiser Shipyards during World War II. With ample work in the Pacific Northwest, it was all the motivation these pioneers needed to leave the racial animosity of the Jim Crow South. They were among the first Black families to reside in Vancouver.


The Vancouver NAACP is now providing the public an opportunity to hear from these "First Families" in a yet-to-be completed collection of first-hand accounts of what it was like to live in post-war Vancouver. Throughout February, students read portions of the yet-to-be published manuscript of the book "First Families of Vancouver's African American Community."
"People heard the things they'd head all their lives in the voices of these young people," she said.
Writer Jane Elder Wulff said they are currently looking for future venues, as well as volunteers to help organize the readings. 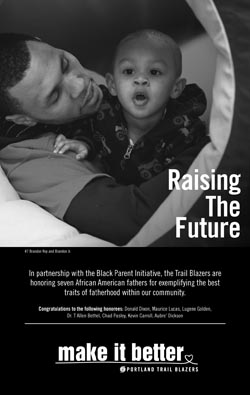 Wulff said the project all began with an interview for the "Senior Messenger." She interviewed a buffalo soldier who gave her the idea. She eventually spoke with Cornetta Smith and the two set off with a number of volunteers, partner organizations, and yearbooks to talk with some of the surviving founders of Vancouver's Black community.
"This project highlights for the public and future generations the ways in which our African American families have experienced Vancouver and enhanced the wider community through their work, fellowship, and activism," said Smith, project director.
Wulff said she hopes to publish the book sometime in 2010. She knows there are many older Vancouverites waiting to read the historical accounts from their time.
In the middle of the 20th century, after the war, Wulff says racism among community leaders – including then Gov. Arthur Langlie – organized to encourage Black people to leave Vancouver. As Portland landlords and real estate agents forced African Americans to live in one neighborhood within the city, Blacks in Vancouver decided to live where they wanted.
"They wanted to stay here because they liked it," Wulff said.
One woman told her that "'It felt like home. One main street; trees; one story homes; families about.'"
Forming NAACP branch #1139, residents decided it would be best for their community and the city to live throughout the community, instead of an isolated block. Partly because of this, Wulff said the contributions of Vancouver's Black community went largely unnoticed, until now. 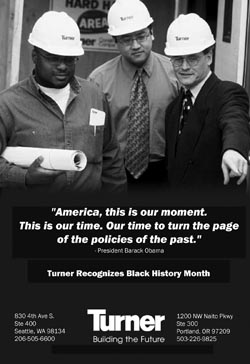 She said she's interviewed about 15 families so far from the project. Unlike her portraits for the "Senior Messenger," the book will feature a rolling narrative that includes the story of the community with as many individual recollections as possible. Family photos are being collected of those people who left behind their lives in the south for an unknown future.
"The thing that moves me," Wulff said. "These were adventurous young kids, getting away from home, opening up new territory. They were up here on a lark and got serious and decided to stay. It wasn't a question of someone helping them; they did it on their own."
Along with the NAACP, Humanities Washington, Black United Fund of Oregon, and numerous individual donors are supporting the writing and publication of this work of history.
For more information, visit their website