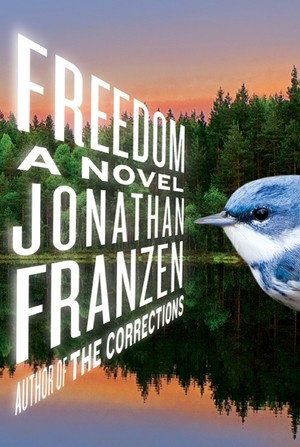 
Nine years after picking Franzen's "The Corrections" for her book club and then canceling his appearance on her show after he expressed ambivalence over her endorsement, Winfrey has chosen his new novel, "Freedom." The talk show host is not scheduled to announce her pick until Friday, but The Associated Press on Thursday purchased a copy that had a book club sticker on the front.
Three bookstores had told the AP that "Freedom" had been selected.
Winfrey's decision tells a story she loves well, one of redemption, and cites a book that itself redeems a troubled Minnesota-based family. Released in late August, "Freedom" was virtually canonized by critics before publication and has been topping best-seller lists even without Oprah's approval. Franzen was the subject of a Time Magazine cover story, titled "Great American Novelist," and anticipation was so great that President Obama secured an early copy while visiting a bookstore on Martha's Vineyard in Massachusetts.
"I'm not a bit surprised (about Winfrey's choice)," said Lorin Stein, editor of The Paris Review and a former editor at Farrar, Straus & Giroux, which publishes Franzen. "Oprah has always shown great faith in the American reader. In that sense, I think she is a model to those of us in the literature business."
"I think anything that gets a wonderful literary book to millions of people would make anyone in my profession happy," said Deborah Treisman, fiction editor of The New Yorker, where early versions of two chapters from "Freedom" were serialized.
Farrar, Straus & Giroux did not immediately respond to requests for comment. Angela DePaul, a spokeswoman for Winfrey's production company Harpo, would not confirm or deny the selection.
"Oprah announces her book club selections on her show and shares her reasons for choosing the books at that time," DePaul said.
"The Oprah Winfrey Show" just began its final season, but DePaul says it is "likely" Winfrey will make another book club pick after Friday. Since 2008, she has averaged just one or two selections a year.
Franzen, 51, is widely regarded as a leading fiction writer of his generation, but has been branded, with a scarlet "S," as in snob, for his comments in 2001 about Oprah's book club. He called some of her picks "schmaltzy" and worried about his place in the "high-end literary tradition."
But at the same time, he praised Winfrey for making some good choices and for "fighting the good fight." He apologized quickly and repeatedly, but Winfrey's mind was unchanged.
Now, with the selection of "Freedom," the "S" has apparently been removed and changed to an "O," the Oprah book club logo that will appear on new shipments of the novel. "Freedom" had already gone into a second printing, with 300,000 copies in print, and is virtually assured of selling hundreds of thousands of copies.
"It's not a vindication of anyone," Treisman said of Winfrey picking Franzen again, and presumably having him on her show. "Oprah is big enough not to hold any grudges and so is Jonathan."
"Freedom" is Winfrey's 64th pick and places Franzen in a special category: The rare author to have more than one book in her club; in 2001, Winfrey only revoked her invitation to have Franzen on her show, and not her recommendation of "The Corrections," a million-seller that remains listed on her Web site.
Winfrey's choices are usually made weeks in advance of their announcement, so it's possible Franzen already knew when, in mid-August, he told a reporter for the Star Tribune in Minneapolis that he would be happy if Winfrey picked "Freedom" and that he and the talk show host were not "very far apart" in their thinking. Franzen has often said he wants to write novels of substance and popular appeal.
At an appearance in Manhattan last week, the author was asked by an audience member if Oprah had been "in touch."
"Next question, please," Franzen responded.