Al B. Sure! 'The Ultimate Merger' Interview 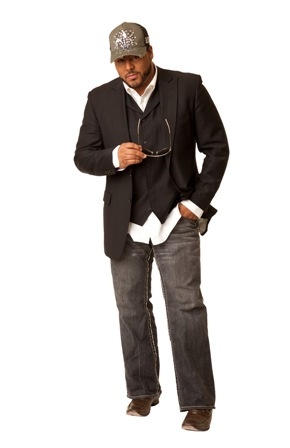 Albert Joseph Brown, III, was born in Boston, Mass. on June 4, 1968, but raised in Mount Vernon, N.Y., where he was the star quarterback on the high school football team. Still, he turned down a full scholarship to the University of Iowa to pursue his love of music under the alias Al B. Sure! In 1987, he was tapped by Quincy Jones as the winner of a Sony Records talent search and, found fame while still in his teens with the spectacular debut album "In Effect Mode" featuring numerous hits, including such instant R&B classics as Rescue Me and Nite and Day.
Known for the velvety-falsetto on his romantic love songs, Al released other solo CDs while collaborating on duets with everyone from Diana Ross to David Bowie to Al Green over the course of a recording and producing career which has thus far netted the charismatic crooner numerous Grammy nominations as well as Soul Train and American Music Awards for Best New Artist. Currently, he is one of a dozen bachelors competing for the affections of Omarosa on "The Ultimate Merger," a new reality series sponsored by Donald Trump.
Here, Al talks about his life and about what it was like to be on the show which is set to premiere on TV One on Thursday, June 17 at 9 p.m.

See a trailer for The Ultimate Merger:


See the Al B. Sure! video for Nite and Day

To get the up to the minute, nitty-gritty of what's going on on The Ultimate Merger, check out Omarosa on twitter at: http://twitter.com/omarosa