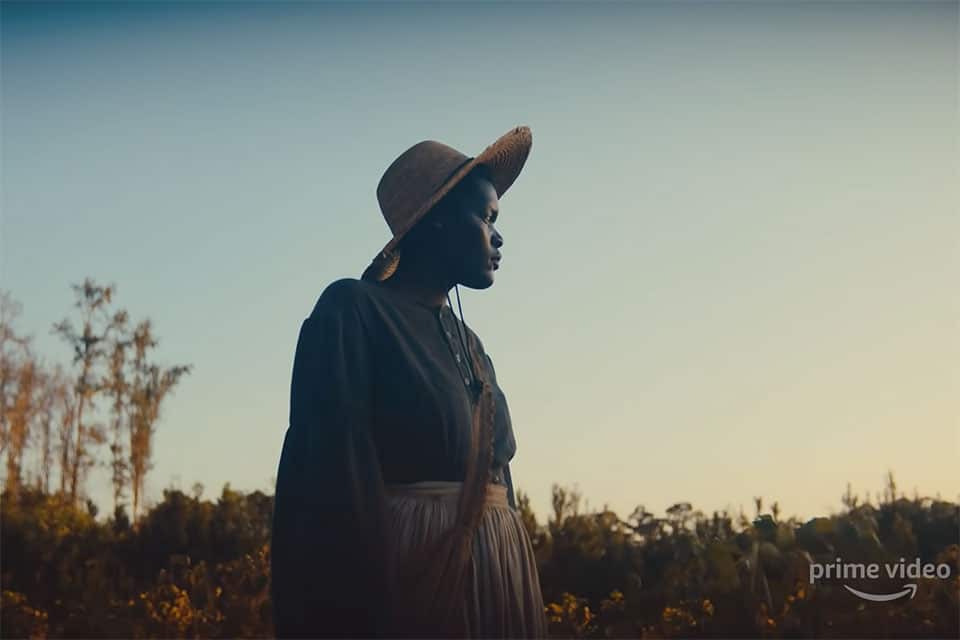 It would be emotionally and mentally draining, Jenkins knew. And he questioned the ethics of such a production: Do people really need to be reminded about the horrors of slavery?

Ultimately, Jenkins worked through the doubts. The result is “The Underground Railroad,” an unflinching portrayal of Cora, an enslaved woman who escapes a Georgia plantation and its horrors only to be pursued by an unrelenting bounty hunter. Along the way she must confront the anger she feels for her mother, who left her at the plantation when she was 10.

The 10-hour limited series, which premieres Friday on Amazon, is at times unbearably painful to watch and at others achingly beautiful. Early reviews have declared the series a triumph and something only Jenkins could have pulled off.

It was “the most satisfying creative experience of my life,” said Jenkins, who won an Oscar in 2017 for “Moonlight” and was nominated again the next year for "If Beale Street Could Talk.”

It was also the biggest challenge he’s ever faced.

“The story is so, so large and wide-ranging. Before doing this, I spoke to Steven Soderbergh and Cary Fukunaga, who did ‘True Detective’ and ‘The Knick,’ and they both said ‘It’s impossible. It’s going to kill you because there’s no way to properly prep that many hours of any story,’” he said in a recent interview. "It was going to be a test of my skills to do that.”

It was also an irresistible opportunity to, as he puts it, "re-contextualize how we view my ancestors."

“When this trailer came out, someone said, ‘Oh, I don’t want to see another show about slaves. I want to see positive imagery.’ And I’m like, ‘Oh, that inherently says that any imagery depicting my ancestors is negative,'” Jenkins said.

“No, we have to really relearn how to look at these people."

To him, enslaved people showed "one of the greatest acts of collective parenting the world has ever seen.”

During production, Jenkins said the most important thing to him was to protect himself, the cast and the crew from being “devoured by the barbarity."

To make sure of that, a counselor was on set at all times. And the cast says Jenkins went to great lengths to make sure that they knew they could say when they were too close to the line or simply needed a break.

“I remember Barry saying lots of times, ‘Everyone, it looks very real. Everything looks very real. So, when you get on set, just be aware that you are in a position where this could bring up stuff for you,’” said Ugandan actor Sheila Atim, who plays Cora's mother.

And bring up stuff it did. For everyone.

“The emotions that were brought up were all the emotions that the character dealt with, ranging from rejection, abandonment, a huge sense of loss, running from self and all of that,” said Thuso Mbedu, a South African newcomer who plays Cora. “I had to be extra aware of who I am and where I was personally at every step because those are very heavy states of being to carry and being someone who struggled with depression in 2016, I personally couldn’t afford to allow myself to get into that space, especially because we’re going to shoot for 10 months.”

That's part of what drove Jenkins and the cast. They hope their work helps spark more conversations about race, inequality and injustice.

A call to action

Australian actor Joel Edgerton, who plays the bounty hunter pursuing and tormenting Cora, said it’s important to remember that “we’re not that far away from what you’re seeing in ‘The Underground Railroad.’”

“We were able to go to towns and dress them up without too much ... and you go, ’OK, those buildings are still there where things took place, where environments, plantations still exist,” he said. “Things have morphed and shifted ... but there’s a lot of problems and there always sadly, will be. But I think we need to have conversations and art is a great way of sparking conversations.”

The series should lead everyone to question their role in society and whether we could all be doing more, said William Jackson Harper ("The Good Place"), who plays a free-born man in "The Underground Railroad."

“I think that we all would like to think that we would go back to 1850-something and we would all be abolitionists,” he said. “And that’s not true. We wouldn’t. There’s a lot of things that are going on right now and a lot of us sitting on the sidelines and I include myself. There’s ways in which I’m sitting on the sidelines of things that need to be changed, and I’m like, ‘Someone should change that but oh well.’