Netflix Documentary, 'in Our Mother's Garden,' Honors the Relationship Between Black Women and Their Mothers 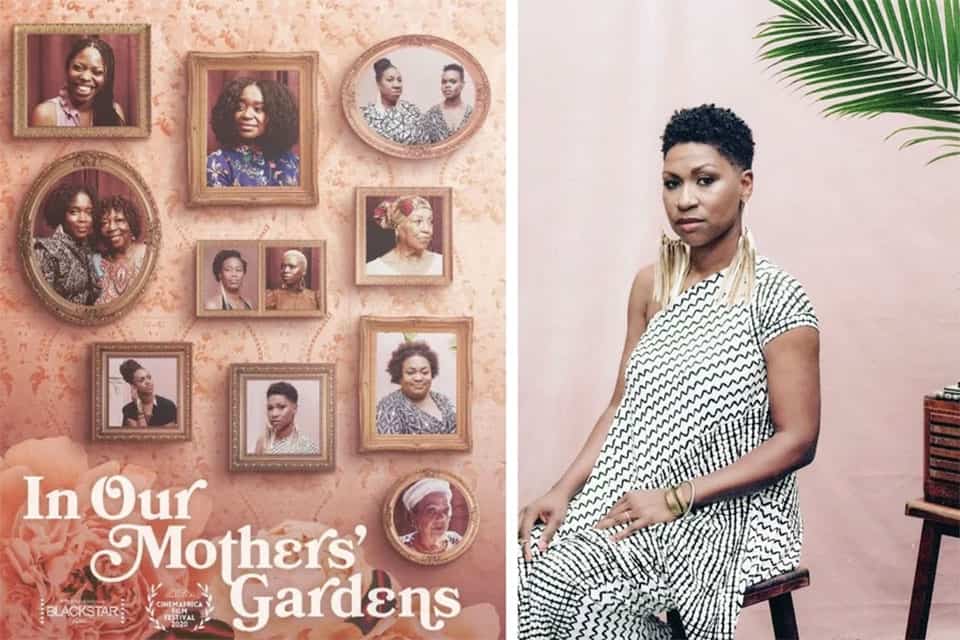 In Our Mothers' Gardens (IOMG) is a new documentary from filmmaker Shantrelle P. Lewis, marking her directorial debut. The film first premiered at the 2020 BlackStar Film Festival, being awarded the Shine Award for best film and subsequently picked up by Ava DuVernay's ARRAY, Variety reports.

"In Our Mothers' Gardens is a beautiful tribute to the complex relationships between Black women connected by lineage and love. Released in celebration of Mother's Day, we are honored to present Ms. Lewis' feature debut highlighting important bonds between daughters, mothers, and grandmothers told by a dynamic group of women," Tilane Jones, ARRAY president said.

Lewis spoke with MadameNoire about the impetus behind the film, saying it was healing work, inspired by her relationship with her own mother.

"I have been engaging in the tough and messy work of unpacking my relationship with [my] momma and her relationship with my grandmother, in the quest to heal and show up as a better stepmom for my bonus daughter and to contemplate motherhood for myself. It was a reckoning that I needed to contend with," Lewis said.

The New Orleans native enlisted the assistance of her close friends in the film, urging them to also share their stories.

"There are 22 women in the film, and 20 of them are women I've been knowing and loving for over 15 years. I knew some of their stories, but not everyone. And I think that there's a level of trust that was already there...I couldn't expect the women in the documentary to delve into a topic if I wasn't willing to go there myself," she told reporters.

Lewis worked alongside producers JaSaun Buckner and Joshua E. Nelson to help bring the film to life. Buckner and Nelson spoke to Because Of Them We Can about the significance of IOMG for Black women in general.

"At a very basic level, I hope viewers see a reflection of women they know in their lives and that these stories from the African Diaspora will prompt them to learn and tell the stories of their mothers, their mothers' mothers, and mother figures. On a deeper level, I also hope that In Our Mothers' Gardens is an experience that stays with the audience and encourages them to exalt Black women. Recognize everything we endure, the legacy of selfless giving, the balance of learning and loving, and everything we have shared with the world in ways that haven't been expressed in the past," Buckner shared.

Nelson echoed those sentiments, saying, "I pray that this opens up a deeper space for our community to have more transparent conversations around our experience so that we can heal and grow."

It's time that we give Black women their flowers for cultivating and nourishing everyone else's seeds while still maintaining their own.

"In Our Mothers' Gardens is not only a divinely gorgeous film but a divine order of acknowledgment."

Sheniqua Lewis, the editor behind the visually stunning graphics in the film, spoke to BOTWC about how IOMG personally resonated for her and says she hopes people watch the movie with a woman they "love and cherish."

"This film is a love letter to Black women, a celebration of our pain, our joys, and I want them, above anyone else who's watching, to be able to see some part of themselves in the stories being shared, no matter your age, or where you're from...As a Black, queer woman in the film and TV industry for 10+ years, I didn't always see myself in a lot of rooms and spaces, and I'm forever grateful to have worked with the dynamic Shantrelle P. Lewis to create this sacred space for us."

In Our Mothers' Gardens is the third title release from ARRAY this year. The independent film distribution collective is committed to amplifying the voices of independent filmmakers of color. Check out the trailer below.

You can stream In Our Mothers' Gardens on Netflix now!

This article was originally posted one BOTWC