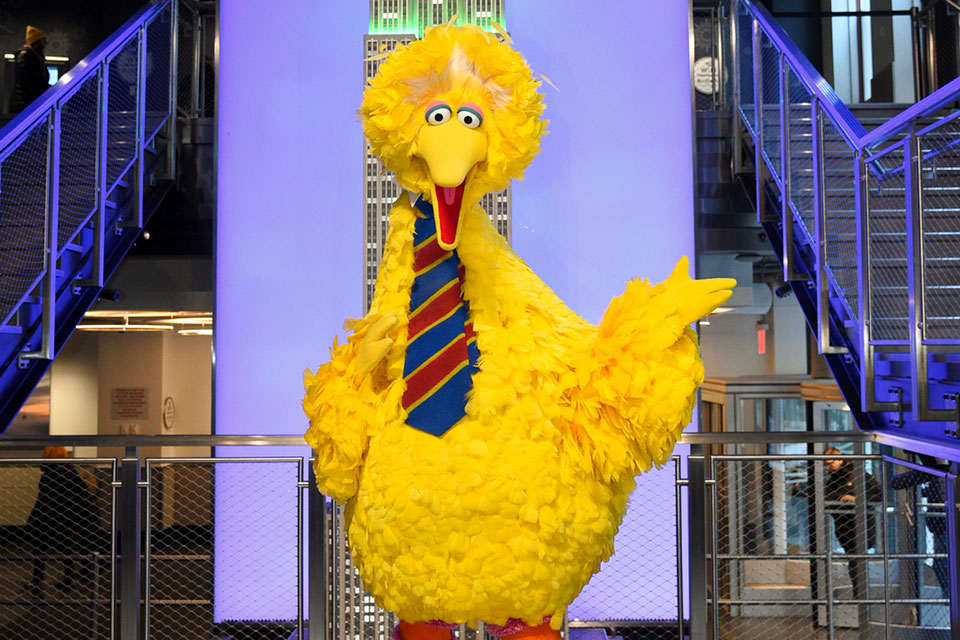 NASHVILLE, Tenn. (AP) — Smokey Bear taught kids the importance of preventing wildfires. McGruff the Crime Dog warned them not to talk to strangers. And in 1972, Big Bird lined up on “Sesame Street” to receive a measles vaccine as part of a campaign to get more youngsters inoculated against the disease.

But when that same iconic, 8-foot-tall children’s character tweeted last weekend that he had been vaccinated against COVID-19, conservative politicians immediately pushed back.

I got the COVID-19 vaccine today! My wing is feeling a little sore, but it'll give my body an extra protective boost that keeps me and others healthy.

Ms. @EricaRHill even said I’ve been getting vaccines since I was a little bird. I had no idea!

“Sesame Street” has long faced grumbles from conservatives unhappy with its connections to U.S. public broadcasting, which receives federal funding. Yet this latest fallout marked a new contentious flashpoint that has plagued previous rollouts of the vaccine, just as the shot becomes available to children between the ages of 5 and 11.

Nearly 50 years ago, when the show was in its third season, “Sesame Street” encouraged kids to get the measles vaccine by showing Big Bird and other children getting the injection. The move was similar to other public service campaigns that used beloved characters to help teach children life lessons, including discouraging littering, wearing seatbelts and looking both ways before crossing the street.

“What Big Bird is doing is part of a long tradition. But what’s different now, of course, is that everything is political and everything is contentious,"

said Thomas Doherty, an American studies professor at Brandeis University. “Something that we all wanted a year ago, the vaccine, is now this matter of great contention.”

Controversy at the intersection of TV and politics has popped up here and there for decades. In 1952, “I Love Lucy” didn't use the word pregnant once in an episode that focused on the title character, Lucy Ricardo, having a baby after executives determined that doing so would be too scandalous.

The 1970s TV series “All in the Family," which explored all manner of political and racial issues in the household of a bigoted man from the New York City borough of Queens, showed the character Maude opting to get an abortion a year before the U.S. Supreme Court made Roe vs. Wade the law of the land; in response, multiple affiliates refused to air reruns of the episode.

In the early 1990s, the sitcom “Murphy Brown” found itself in a high-profile tiff during the 1992 presidential campaign when Dan Quayle, vice president to George H.W. Bush, lambasted the unmarried Murphy’s pregnancy as a mockery of fatherhood and American morality.

In “The Puppy Episode” of “Ellen” that aired in 1997, Ellen DeGeneres made history as the first prime-time lead on network TV to come out as gay. It was a huge cultural moment, but it also sparked attacks from religious groups. ABC later placed a warning about “adult content” when DeGeneres' character kissed another woman in a separate episode.

Nearly 15 years ago, PBS was denounced by the nation's education secretary after it spent money on a cartoon with lesbian characters. The episode of “Postcards From Buster” featured two lesbian couples while the title character, an animated bunny, was on a trip to Vermont — a state at the time that was known for recognizing same-sex civil unions when many others did not. PBS later decided not to distribute the episode to its stations.

“When you get a mass medium as dominant and powerful as television ... that’s always going to be a battleground over what messages get out there,” said Robert Thompson, director of the Bleier Center for Television and Popular Culture at Syracuse University.

Big Bird's tweet ruffled others' feathers at a time when educational messages directed toward children are under increased scrutiny. Schools have seen an uptick in heated debates from frustrated parents and elected officials over how racial and social justice issues are handled in classrooms and instructional materials. Most recently, Republican Glenn Youngkin won the Virginia governor’s race after seizing on conservatives’ frustrations with schools.

Meanwhile, education officials have faced multiple conflicts on how they should handle mask and testing requirements during a pandemic. Some Republicans have pushed back against marketing the COVID-19 vaccine directly to minors.

“The whole `Sesame Street' embrace of diversity, inclusion, being nice, paying attention to people of poverty and of different colors, that is all a form of education directed at kids that most people would think is a really good thing and a great contribution. Then comes the vaccines,” Thompson said. “And now, this idea of getting a vaccine is no longer a celebration. It’s become something else.”

In Tennessee, the state briefly halted its vaccine outreach to children and fired its top vaccination director after GOP leaders threatened to dissolve the health agency over marketing efforts to get children vaccinated against the disease. During a meeting with department heads, Republican Rep. Scott Cepicky held up a printout of the ad featuring a smiling teen with a Band-Aid who had recently been vaccinated and called it “reprehensible.”

The GOP-controlled General Assembly later passed legislation banning certain minors as young as 14 from getting the shot without parental consent — an option that was previously available, albeit used infrequently. The measure, which Republican Gov. Bill Lee promised to sign this week, has only a handful of exceptions.

"It's not surprising that the pandemic, vaccination and following public health advice might fall into this cultural battle or effort to leverage emotive issues to your political advantage if you're a senator or a political candidate," said Colin Woodard, author of “ American Character: The History of the Epic Struggle Between Individual Liberty and the Common Good.”

“The flashpoints in our culture wars," Woodard said, “are often flashpoints between an individual liberty and a common good perspective."