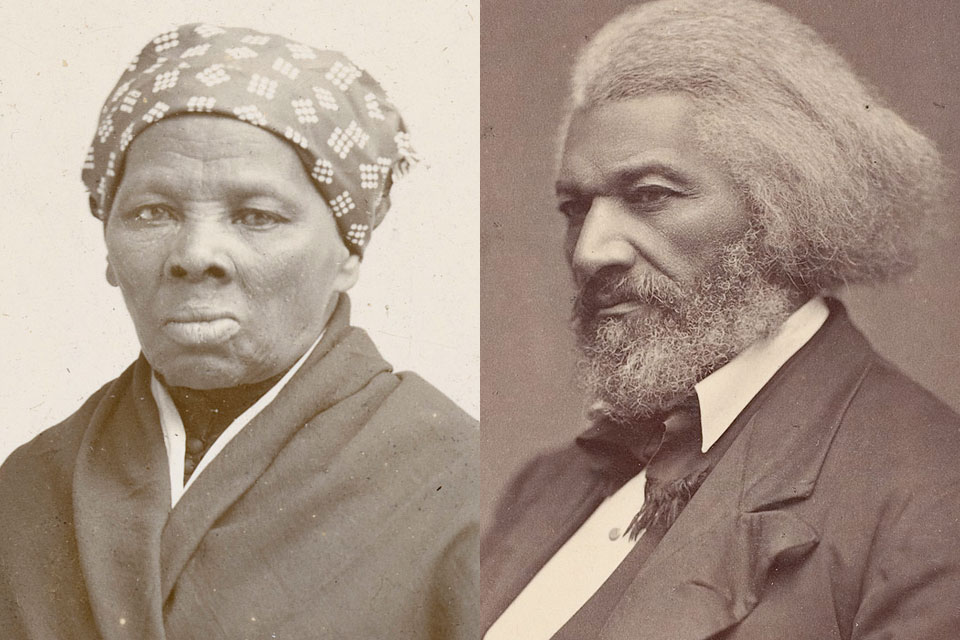 ARLINGTON, VA  — Yesterday at the Television Critics Association Winter Press Tour, PBS and Maryland Public Television (MPT) announced two original documentaries that shed new light on the lives of a pair of towering figures in the struggle to end slavery: Harriet Tubman and Frederick Douglass. Produced by MPT in association with Firelight Films, "Becoming Frederick Douglass" and "Harriet Tubman: Visions of Freedom" are executive produced by Firelight founder Stanley Nelson (Attica, Freedom Riders, The Black Panthers: Vanguard of the Revolution) and Lynne Robinson. Both films will premiere on PBS and PBS.org in Fall 2022.

“There are no two people more important to our country’s history than Frederick Douglass and Harriet Tubman,” said Stanley Nelson.

“Their remarkable lives and contributions were a critical part of the 19th century, and their legacies help us understand who we are as a nation. We are honored to share their stories with a country that continues to grapple with the impact of slavery and debate notions of citizenship, democracy and freedom.”

“As prominent pillars in the abolitionist movement in this country, the life stories of Frederick Douglass and Harriet Tubman are incredibly significant to our nation's history,” said Sylvia Bugg, chief programming executive and general manager of general audience programming at PBS. “We're proud to partner with Firelight Films and Stanley Nelson, a brilliant storyteller of the Black American experience, to bring PBS audiences new films about these key historical figures.”

“Working to bring these two documentaries to a national audience has been a labor of love for Maryland Public Television,” said Senior Vice President and Chief Content Officer at MPT, Travis Mitchell. “Through our collaboration with Stanley Nelson and Firelight Films, we’ve created fresh and compelling portraits of two iconic Marylanders whose courage, strength, and tenacity led to changes in our nation that resonate to this day.”

"Becoming Frederick Douglass" is the story of how a man born into slavery became one of the most prominent statesmen and influential voices for democracy in American history. Born in 1818 on Maryland’s eastern shore, he escaped from slavery in 1838 and went on to become the most well-known leader of the abolitionist movement. A gifted writer and powerful, charismatic orator, it is estimated that more Americans heard Douglass speak than any other 19th-century figure — Black or white. The documentary explores how Douglass controlled his own image and narrative, embracing photography as a tool for social justice, and the role he played in securing the right to freedom and democracy for African Americans.

"Harriet Tubman: Visions of Freedom" is a nuanced portrait of the woman known as the Conductor of the Underground Railroad, who risked her own freedom and life to liberate others from slavery. Born in Dorchester County, Maryland, 200 years ago — 2022 marks her bicentennial —Tubman escaped north to Philadelphia in 1849, covering more than 100 miles alone. Once there, Tubman became involved in the abolitionist movement, and through the Underground Railroad, guided more than 300 enslaved people to freedom. The film goes beyond the legend of Tubman to explore what motivated her — including divine inspiration — to become one of the greatest freedom fighters of all time.

Executive producers for are Stanley Nelson and Lynne Robinson. The films are produced and directed by Stanley Nelson and Nicole London. Keith M. Brown and Michael English are the executives in charge of production. "Becoming Frederick Douglass" was written by Anne Seidlitz. "Harriet Tubman: Visions of Freedom" was written by Paul Taylor, Nicole London and Marcia Smith.

Oscar-nominated and Emmy award-winning actor Alfre Woodard is the narrator of "Harriet Tubman: Visions of Freedom" and acclaimed actor Wendell Pierce is the voice of Frederick Douglass in both films.