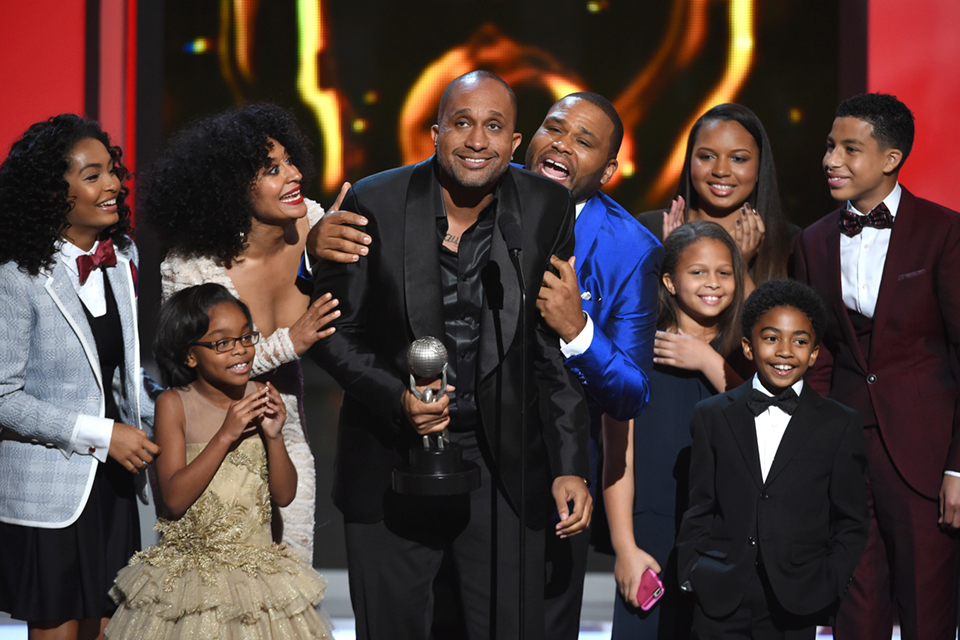 LOS ANGELES (AP) — A surprise awaited “black-ish” creator Kenya Barris and his family on a 2016 visit to the newly opened National Museum of African American History and Culture in Washington: An exhibit on the TV series was on display.

“I was very, very emotional" at seeing the honor, Barris said. He returned to the Smithsonian museum earlier this month for a splashy salute to “black-ish” as the end of its eight-season run approached.

“It was just surreal. The Smithsonian, as a brand, is tied to things that are lasting, that are part of what the core DNA of this world is. To put our show in that, it meant a lot to me," he said.

Sitcoms, especially family-centric ones, are more likely to be enshrined in viewers’ memories than museums. Shows such as “The Brady Bunch,” “Good Times” and “Full House” were part of their viewers' coming of age, with the shows and their characters beloved well beyond their original runs.

Talk to admirers of ’black-ish” and the same seems probable for the series, which airs its half-hour finale at 9 p.m. EDT Tuesday (midnight EDT on Hulu), followed by ABC News' “black-ish: A Celebration” on ABC. The series was a network TV rarity: A depiction of a prosperous, tight-knit family of color, the Johnsons, with Black creators shaping their stories.

“I remember when it first came out, I was concerned that it was going to be either serious and off-putting, or really sad and comical,” drawing on stereotypical characters that may or may not exist in life, said viewer Onaje Harper. The pandemic turned him into a binge-viewing convert, one who swats away online carping that the show isn't “real.”

“It's not real to them, but this is my everyday,”

said Harper, an educator-turned-businessman in Dallas who is the grandson and son of Black professionals. He remembers feeling the same way about criticism of “The Cosby Show,” a 20th-century TV depiction of a well-off African American family. 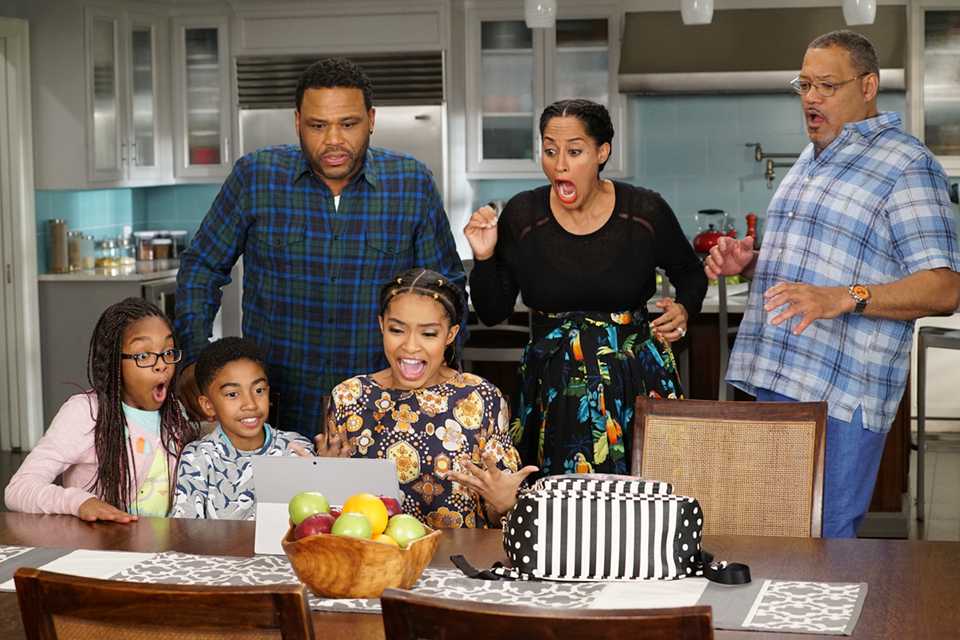 This image released by ABC shows, seated from left, Marsai Martin, Miles Brown and Yara Shahidi and, standing from left, Anthony Anderson, Tracee Ellis Ross and Laurence Fishburne in "black-ish." The series put an affluent and devoted family of color, the Johnsons, at the center of attention and let Black creators tell their stories. The series finale airs Tuesday, April 19. (Ron Tom/ABC via AP)

But “black-ish” has a distinctly more layered view of race, starting with the title that reflects dad Andre “Dre” Johnson's fear that affluence is separating his children from their ethnic identity. It also has a sharper take on race relations, Harper said.

He cited an episode in which Dr. Rainbow “Bow” Johnson, played by Tracee Ellis Ross, is being a supportive parent and volunteers for a private school fundraiser. One of the white parents offers her help, which the show reimagines as code for, “I think you're going to fail and you're over your head,” as Harper recalled the scene.

“I died laughing, because the parents at my daughter's school are amazing, but we often leave that place thinking, ‘Oh, my goodness, I hope our daughter’s loving it, at least," Harper said.

Jerry McCormick grew up watching Bob Newhart's sitcoms and “Good Times” in the 1970s and '80s, among others. He compared “black-ish” to another comedy of the time.

“We never saw affluent Black people on TV, except for 'The Jeffersons,”

said McCormick of San Diego, who works in communications and as a journalism instructor. “I grew up in South Carolina and it helped having it on because it was aspirational."

He sees ‘black-ish" as akin to “the grandchild of ’The Jeffersons' and the child of ‘the Cosby Show.’ You have Dre and Bow, a couple who truly care about each other. They parent their children. They run the house. The children are not overtaking them."

Ladinia Brown, a New York City fraud investigator, said she loves "the reality of it. The stuff is funny because a lot of is is just so true.” She cited a favorite episode that tackled colorism — discrimination within an ethnic community against those with darker skin.

“That resonated with me because my kids are like different colors of the rainbow, all different complexions, and the same thing with my family,” she said. “I really understood when they were addressing how people are treated differently within the African American race.” 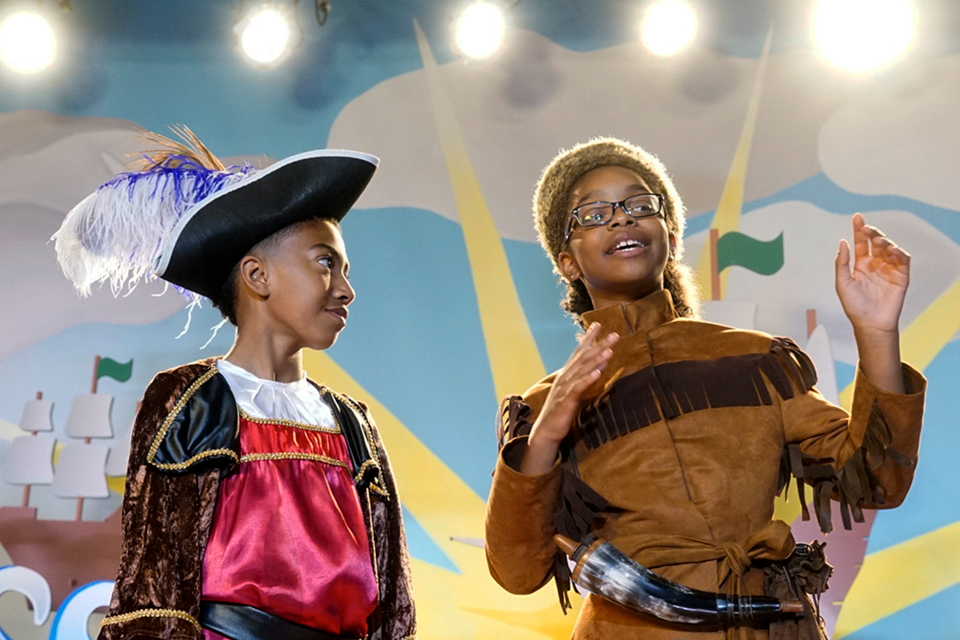 This image released by ABC shows Miles Brown, left, and Marsai Martin in a scene from the "Juneteenth" episode of "black-ish." The series put an affluent and devoted family of color, the Johnsons, at the center of attention and let Black creators tell their stories. The series finale airs Tuesday, April 19. (Kelsey McNeal/ABC via AP)

Her daughter, 19-year-old Emily Johnson, welcomed the show's handling of issues, major and mundane, that are part of Black life but largely ignored on screen. One example: a teen's quandary over whether to keep straightening her hair or go natural.

“When I was younger, I really didn't like my hair because I felt it was hard to manage and I didn't like the way it looked,” Johnson said. “But over time, I appreciated my hair, and when I watched the episode I liked when (they) talked about all the things that Black people's hair can do.”

“Black-ish” also became a vehicle for sobering, nuanced chapters about racism, police violence and, in a hard-edged 2018 episode, the impact of Donald Trump's presidency. (The episode, shelved by ABC, was released two years later on Hulu.).

The goal is “telling stories that are about something, telling stories that have a point, that are actually trying to say something. It was what television for a long time used to be about,” Barris said — whether it was dad's moral sermons in “Leave It to Beaver” or the social satire of Norman Lear's “All in the Family" and “Maude.”

While “black-ish” took on thorny issues, it never surrendered the laughs in its more than 170 episodes, said Courtney Lilly, a writer on the series since its first season who became an executive producer and its showrunner.

“Obviously, there were episodes where we made sure we approached issues. But even in doing those we were relevant and funny," Lilly said. 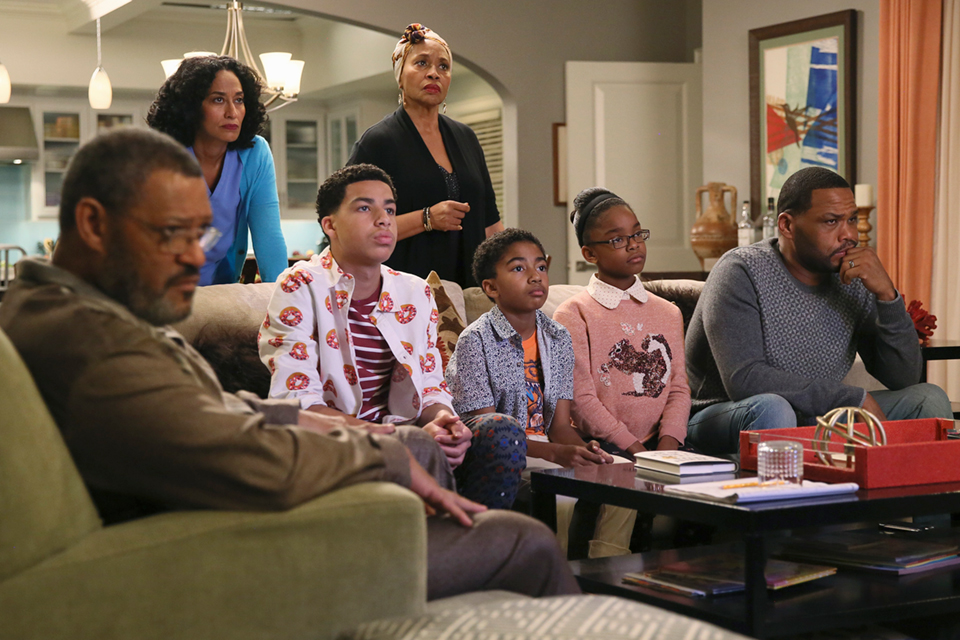 In this image released by ABC, Laurence Fishburne, from left, Tracee Ellis Ross, Marcus Scribner, Jennifer Lewis, standing center, Miles Brown, Marsai Martin and Anthony Anderson appear in an episode of "Black-ish" about a highly publicized court case involving alleged police brutality and an African-American teenager. The series put an affluent and devoted family of color, the Johnsons, at the center of attention and let Black creators tell their stories. The series finale airs Tuesday, April 19. (Patrick Wymore/ABC via AP)

The series earned a prestigious Peabody Award and other awards – including multiple NAACP Image Awards for Anderson, Ross, Deon Cole and young actor Marsai Martin -- but top Emmys have remained out of reach.

Asked about the show's legacy, Barris points to its focus on those who feel unseen in the world, whatever their ethnicity, and how ‘black-ish’ sought to breach divisions.

“It’s often considered rude to talk about certain subjects that make people feel uncomfortable. We did that and, in the comfort of their homes," he said. "I think it made people feel a little bit closer to people they may not have been close to before.”