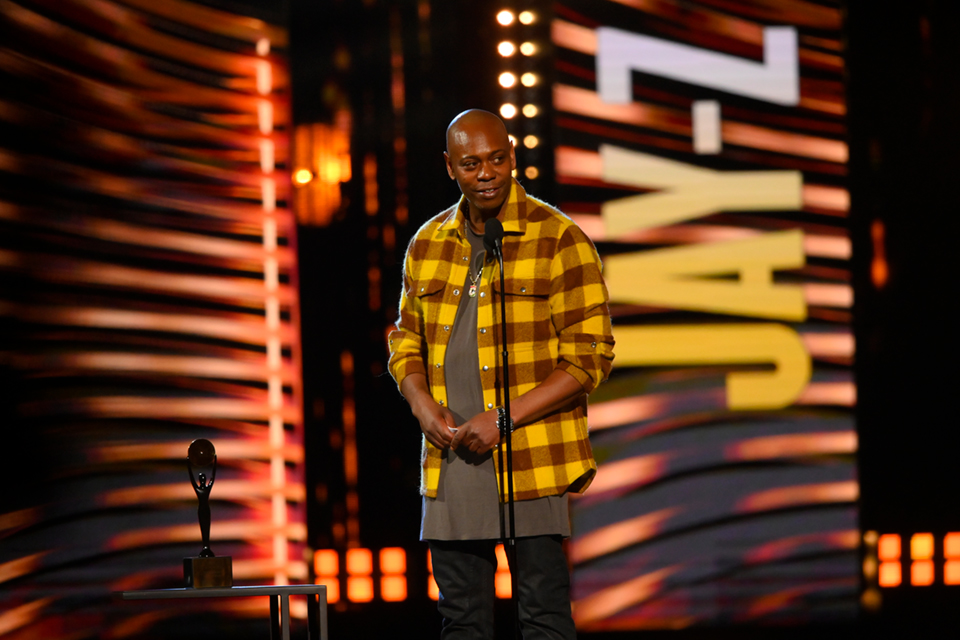 LOS ANGELES (AP) — Comedian Dave Chappelle was tackled during a performance at the Hollywood Bowl Tuesday night and a man was later arrested.

Security guards chased and overpowered the attacker, and Chappelle was able to continue his performance while the man was taken away in an ambulance.

The assailant was carrying a replica handgun with a large blade that folded out of it similar to a pocket knife, according to a photo released by police. 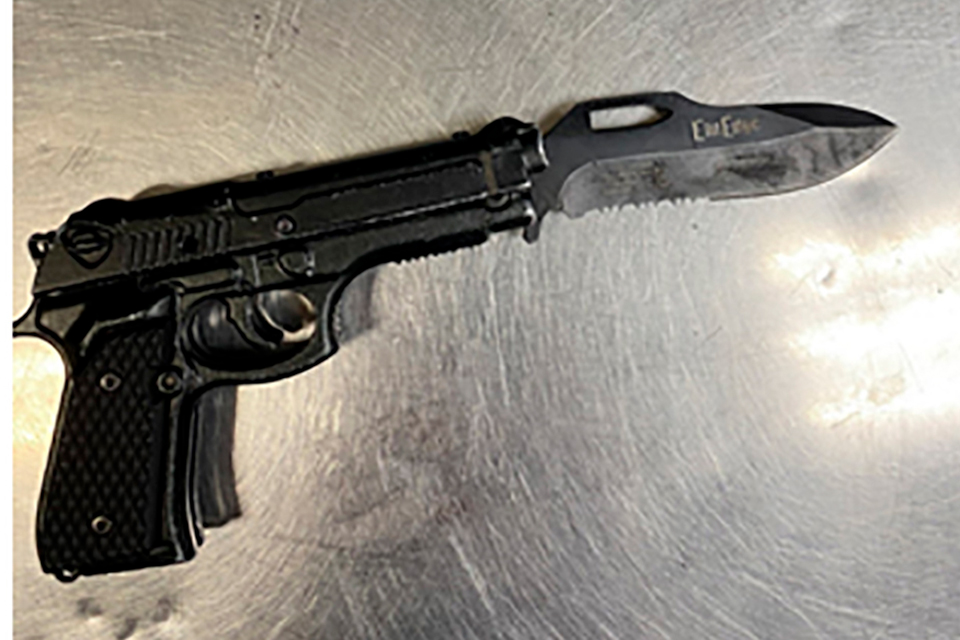 This photo combination provided by the Los Angeles Police Department shows the fake handgun with the real knife blade inside that was taken from the man who attacked comedian Dave Chappelle at the Hollywood Bowl, Tuesday, May 2, 2022. Security guards overpowered the attacker, Isaiah Lee, 23, who was detained and arrested for assault with a deadly weapon. Chappelle was able to continue his performance.(Los Angeles Police Dept. via AP)

Lee was treated by medical staff for an unspecified injury and was booked into jail early Wednesday and held in lieu of $30,000 bail, Mendez said. It was not immediately known if he had retained a lawyer.

Mendez said a “famous comedian was performing” when Lee jumped onto the stage, tackled the celebrity and produced the replica handgun containing a knife blade. Mendez said the department did not name the celebrity because it does not confirm victim names.

Netflix is a joke

Chappelle was performing his stand-up routine on the last of four nights at the amphitheater as part of the “Netflix Is a Joke” festival when the man rushed on stage and tackled him. Jamie Foxx was in the wings of the stage and Chappelle thanked him for responding to the attack. Chris Rock was there as well. He grabbed the mic and jokingly asked, “Was that Will Smith?”

“The performances by Chappelle at the Hollywood Bowl were epic and record-breaking and he refuses to allow last night’s incident to overshadow the magic of this historic moment," Chapelle's publicist Carla Sims said in a statement. “As unfortunate and unsettling as the incident was, Chappelle went on with the show."

Chappelle was attacked as he was wrapping up a routine in which he talked about how comedians have to worry more about their personal security in the wake of this year's Academy Awards ceremony where the Oscar-winning actor slapped Rock on live television in reaction to a joke about his wife.

“The comedian had literally just said he now has more security because of all the uproar from his jokes about the Trans community,” tweeted Buzzfeed News reporter Brianna Sacks, who attended the show.

After resuming, Chappelle joked that “it was a trans man.”

A midday police statement recounted the incident but gave no indication of whether investigators had determined the motive for the attack.

“We care deeply about the safety of creators and we strongly defend the right of stand-up comedians to perform on stage without fear of violence,” a Netflix statement said.